A one hour commute can knock around £450,000 off the average price of a house, according to new research published today by a major UK bank.

Towns which are an hour’s commute from central London, which include Crawley, Newbury, Colchester and Chatham have an average property price of £272,000 – a significant contrast to the average of £722,000 for a property in central London’s zones one and two, Lloyds Bank said.

The average annual rail cost of £4,944 from these areas means a commuter would need to travel for 91 years for the total rail costs to wipe out the difference in average house prices.

Commuters from towns approximately 40 minutes away from central London, including Reading, Stevenage, Sidcup and Billericay will have to pay an average house price of £349,000 – 52 per cent lower than in zones one and two.

Average annual rail passes cost less at £3,499. Even just a 20 minute commute from towns such as Ilford, St. Albans and East Croydon benefit from an average house price that is nearly £321,000 lower than in central London. 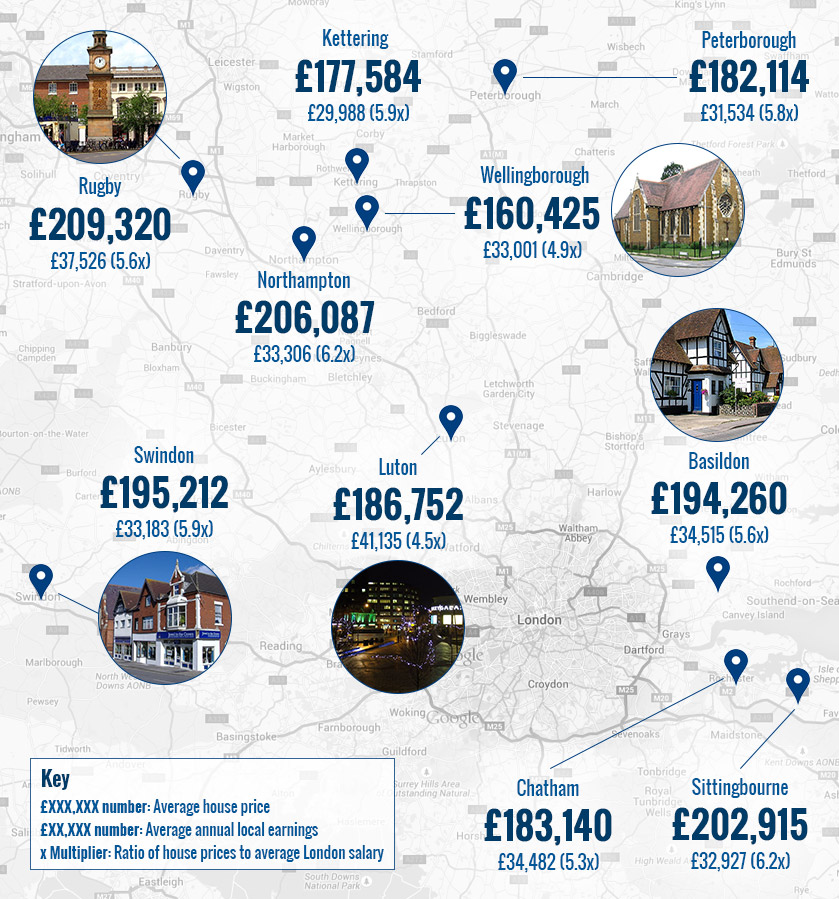