Tim Martin, the founder and chairman of the pub chain JD Wetherspoon, has outlined the company’s plans to invest £145 million in expanding and upgrading its pub estate.

Martin said he was committed to Wetherspoon’s long-term investment and job creation programme over the next decade, but only if the UK opens up again with no lockdowns or changing rules.

While the public tend to support their introduction, Martin has openly opposed the idea of a vaccine passport scheme for pubs.

Wetherspoon will open its patios, beer gardens, and rooftop gardens at 394 of its pubs across England from the April 12 as COVID-19 restrictions ease and allow licensed premises to serve patrons outdoors. 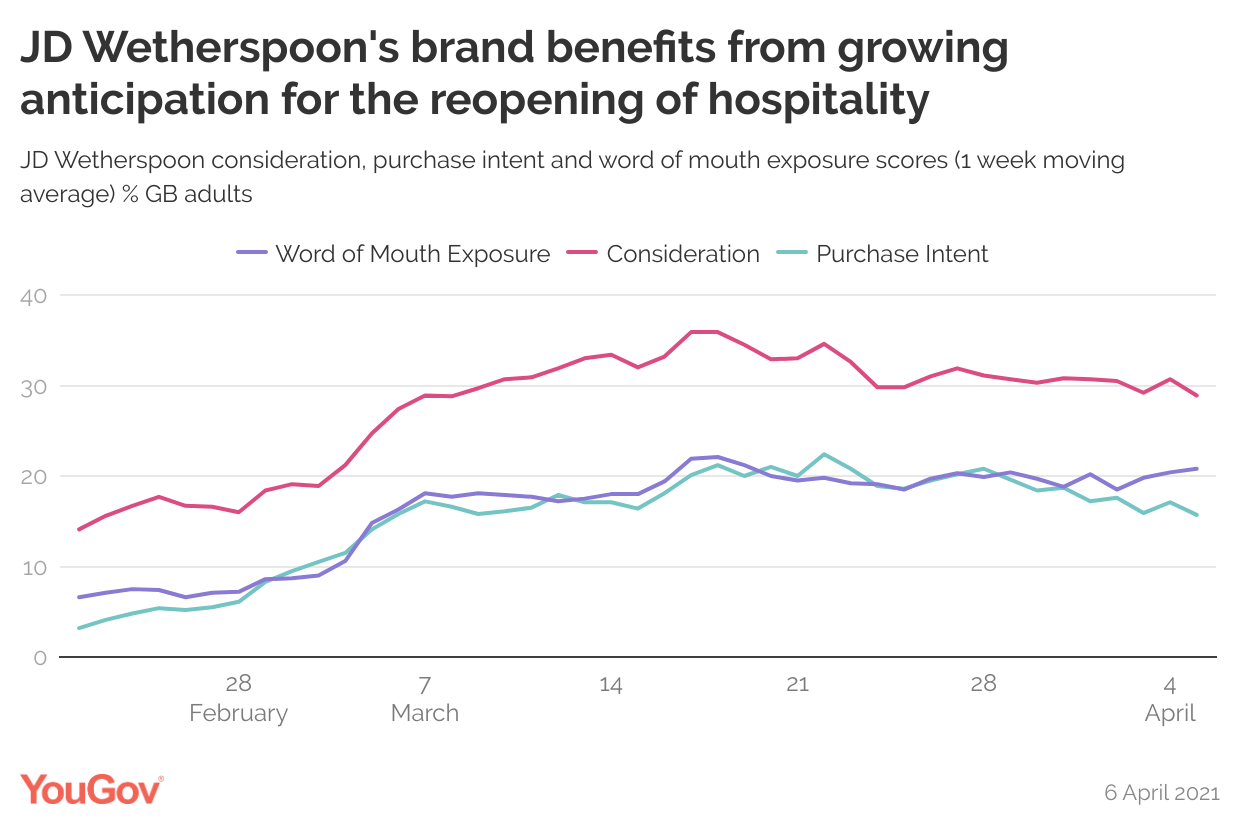 Another metric where Wetherspoon’s has seen significant increase is Word of Mouth Exposure scores, which measure whether someone has talked about a brand with friends and family in the last two weeks. Since the Prime Minister announced the roadmap on February 22, Wetherspoon’s scores increased from 6.6 to 20.8 – an increase of 14.2 points. Buzz scores, which measure whether consumers have heard anything negative or positive in the past fortnight, also increased by 7.1 points in the week leading up to the Easter bank holiday suggesting anticipation for the reopening of hospitality is only growing.