Seven habits of the most effective digital enterprises 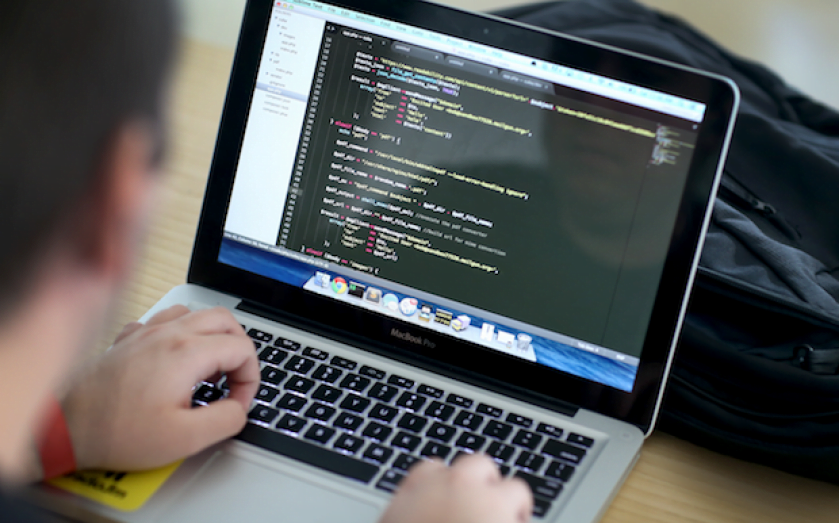 In an age where most developed economies are experiencing lacklustre growth, digital continues to expand at an ever more rapid pace.

E-commerce is booming at double-digit rates in the US, as well as the majority of European countries, and is rising across Asia.

However, many companies are struggling to move beyond the experimentation stage of digital and successfully implement a new model of business. The transformation demands the development of new skills and investments that radically differ from the methods of the past.

While there is no single route to a successful transformation, there are several common features among a host of success stories. McKinsey & Co has examined dozens of these examples and discovered the most effective shared seven interesting habits.

McKinsey argues that digital leaders should be prepared to set what at first may seem unreasonable aspirations. This jars an organisation into seeing digital as a business that creates value, not as method to drive other activities. McKinsey argue if your targets aren't making the majority of your company feel nervous you're probably not aiming high enough. The company cites the example of Angela Ahrendt, who became CEO of Burberry in 2006.

She took over a company whose brand had been on the decline she enacted a sea-change in policy that saw the up-market fashion retailer transform itself into digital brand. Groundbreaking initiatives like a website that featured customers as models and the digitisation of retail stores gave the company a new lease of life. During Ahrendt's tenure, revenues tripled and she's now been hired by Apple to head up their retail business.

Netflix also burst onto the scene with aspirations that left many sceptical. The Netflix leadership saw that the future was to be in video streaming. As broadband technology rapidly evolved, management took a bet that put it at the forefront of a surge in digital marketplace. Netflix quickly captured nearly a third of the downstream video traffic and, by the end of 2013, Netflix had over 40m subscribers.

Leadership teams should be realistic about the collective ability of their workforce. Leading companies often look to other industries to attract digital talent because they understand that emphasising skills over experience when hiring new talent is an important ingredient to success, at least in the early stages of transformation. Tesco made three significant digital acquisitions over a two-year span; blinkbox, a video-streaming service; We7, a digital music store; and Mobcast, an e-book platform.

Digital talent must be nurtured differently, McKinsey argues, with its own working patterns and tools. Walmart Stores learned that “ring fencing” digital talent was the only way to ensure rapid improvements. Four years ago, the compnay's online business was lagging. It was late to the e-commerce market as executives focused on their growing physical-retail business. When it did step into the digital space, talent was disbursed throughout the business. Its $5bn in online sales in 2011 fell well short of Amazon’s $48bn.

In 2011, however, Walmart established @WalmartLabs, an “idea incubator,” as part of its growing e-commerce division in Silicon Valley. The group’s innovations, including a unified company-wide e-commerce platform, helped it increase online revenues by 30 per cent in 2013, outpacing Amazon’s rate of growth.

The leaders of incumbent companies should challenge the status quo.  Digital leaders look to all aspects of their business—both customer-facing and back-office systems and processes, up and down the supply chain—for digitally driven innovation.

In 2007, car-rental company Hertz started to deploy self-service kiosks similar to those used by airlines for flight check-in. In 2011, it jumped ahead of airlines by moving to dual-screen kiosks—one screen to select rental options via touch screen, a second screen at eye level to communicate with a customer agent using real-time video.

Be fast and data driven

Rapid decision making is key to a dynamic digital environment. Organisations need to move to a cycle of continuous delivery and improvement, adopting methods such as agile development and “live beta,” supported by big data analytics, to increase the pace of innovation. Continuous improvement requires continuous experimentation, along with a process for quickly responding to bits of information.

P&G, for example, created a single analytics portal, called the Decision Cockpit, which provides up-to-date sales data across brands, products, and regions to more than 50,000 employees globally. The portal, which emphasizes projections over historical data, lets teams quickly identify issues, such as declining market share, and take steps to address the problems.

Pay attention to the money

Many organisations focus their digital investments on customer-facing solutions. But they can extract just as much value, if not more, from investing in back-office functions that drive operational efficiencies. A digital transformation is more than just finding new revenue streams; it’s also about creating value by reducing the costs of doing business.

At Starbucks, one of the leaders in customer-experience innovation, just 35 of 100 active IT projects in 2013 were focused on customer, or partner-facing initiatives. One third of these projects were devoted to improving efficiency and productivity away from the retail stores, and one-third focused on improving resilience and security.

The customer is still king

Increasing customer expectations continue to drive businesses to improve the customer experience across all channels. Excellence in a single channel is no longer sufficient; customers expect the same good experience in a retail store as they do when shopping online, and vice versa. Moreover, they are less tolerant of bad experiences. One survey found that 89 percent of consumers began doing business with a competitor following a poor customer experience. On the other hand, 86 percent said they were willing to pay more for a better customer experience.