Scottish independence: Now even the English and Welsh think Yes camp will win 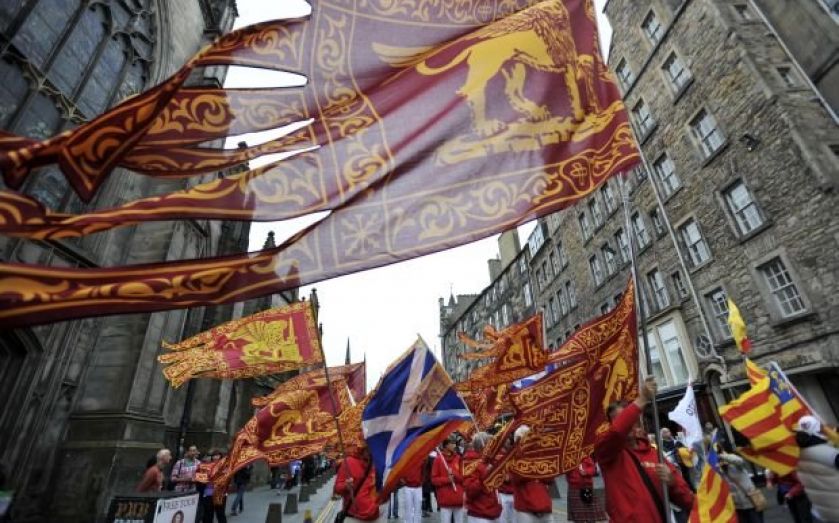 English and Welsh people believe Scots will vote for independence a new report shows, as the Better Together campaign flounders in the final week before the polls open.

There has been a massive swing from those who thought independence was unlikely before the weekend – 48 per cent of respondents to the YouGov poll as of September 4/5th – to this week – 34 per cent, as of September 8/9th).
Meanwhile English and Welsh people who think independence is now likely has swelled from 29 per cent to 44 per cent of the total.
The polling company said the dial had shifted in part because of the surprise news that Scots themselves had edged towards the Yes camp. It was revealed on Sunday that those planning to vote in favour of separation had risen to 51 per cent up from 48 per cent previously.
YouGov has also found that English and Welsh people are divided over further devolution, suggesting the devo max powers being offered by Westminster as a last-ditch attempt to retain the union could be unpopular south of the border. Just a third of respondents said they were in favour of the move, while 36 per cent were opposed.
Scots meanwhile seemed to think it would have little impact on the vote – 33 per cent said it would have no difference, while 18 per cent said it would encourage independence. Only a third said it would sway voters towards the No camp.

Similarly Kate Middleton's second pregnancy is unlikely to have an impact, with 76 per cent of Scots saying it will make no difference and 10 per cent saying it would actually make a vote for independence more likely.
Anedoctally, the three party leaders' flight to Scotland to support the Better Together campaign has been interpreted as panic – as was the decision to fly the Saltire flag over Downing Street.
The leaders "should have been up long ago to show their support to Scotland" one Yes voter told the Financial Times.
Janice Williamson, who plans to vote Yes, added: "Putting up the flag was ridiculous – for the thing to fall off the flagpole was a complete farce."
David Robertson, who is now leaning towards a Yes vote, agreed: "These visits could be counter-productive. It seems like a desparate measure to me."
Share:
Tags: NULL