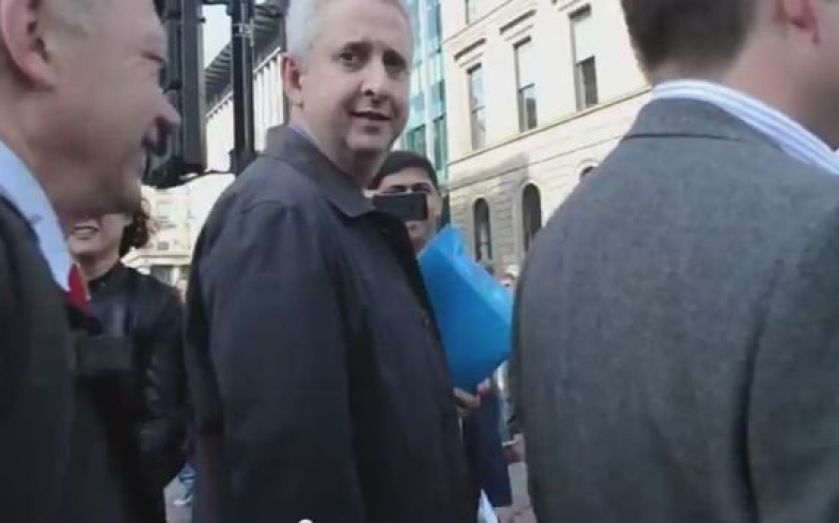 Westminster MPs were faced with a less-than-warm welcome today, when they were greeted by an independence suppoter blaring out the sounds of the Imperial March and shouting “welcome imperial masters”.
A delegation of 104 MPs and MEPs, led by leader Ed Miliband and including Lord Prescott, Yvette Cooper, Jack Straw, Peter Hain, Ivan Lewis (pictured) and Gordon Brown, visited Glasgow today for a rally that ended at the Donald Dewar statue.
Unsurprisingly they were somewhat perplexed when a man with a loudspeaker claimed “our imperial masters have arrived – welcome our imperial masters”.
The man, who was chaffeured in a cycle car and had the occasional run-in with the flotilla of MPs as they walked through the city, sang along to the iconic song throughout the 10-minute video.
Highlights include:

People of Gasgow – your imperial masters have arrived.

Bow down before your masters. They have travelled all the way from London to tell you to pipe down.

They have travelled all the way from England to tell us they are better to rule us than anyone else.

Perhaps he was inspired by the Daily Mail, which had (inadvertently?) referenced the title from the second Star Wars film – The Empire Strikes Back – earlier this week to describe Westminster's attempts at regaining ground with Scottish voters.

The union strikes back… against sex tape humiliation?

We're not sure, but we think that makes David Cameron the emperor and… Nick Clegg Darth Vader?
Watch the video below: