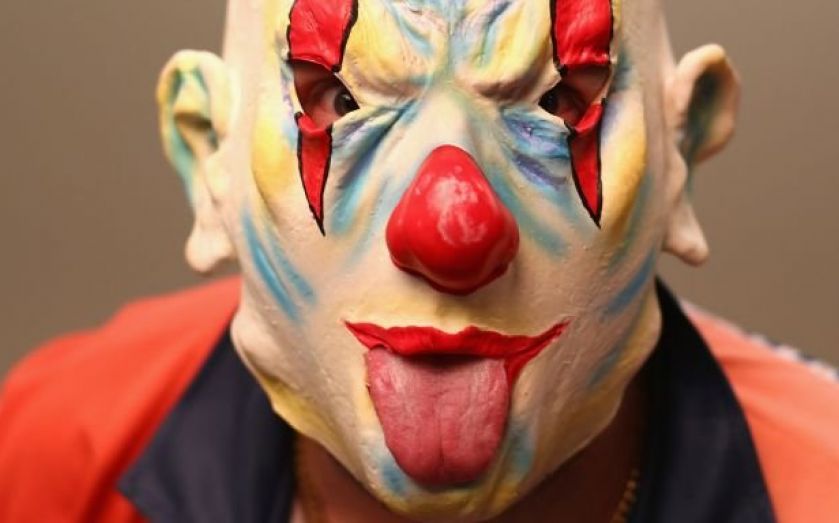 Steer clear of all evil clowns on Friday – if pitted against six other scary characters in a Halloween battle, these villainous individuals would win, hands down.
Or at least, that's according to mathematician Thomas E Woolley from the University of Oxford, who has devised an empirical formula to calculate which of the seven most common Halloween characters would come out on top in a contest that boils down to survival of the fittest.
Using a rule called the “law of mass action”, he constructed a set of differential equations in order to predict who would walk away triumphant.
He based his calculations on the assumed strengths, agilities and initial health levels of each character included. It scaled between one and ten, where the higher numbers represented higher strength and speed, respectively.
He found it would take just over 38 minutes for the “evil clown” to kill off all his opponents and win. “Innocent girl” would fall only marginally behind him, however.
Other opponents include “pumpkin head” and “man with a stitched together face”, but by far the worst performer would be “dead corpse girl”, who would take just 20 seconds to die (again).