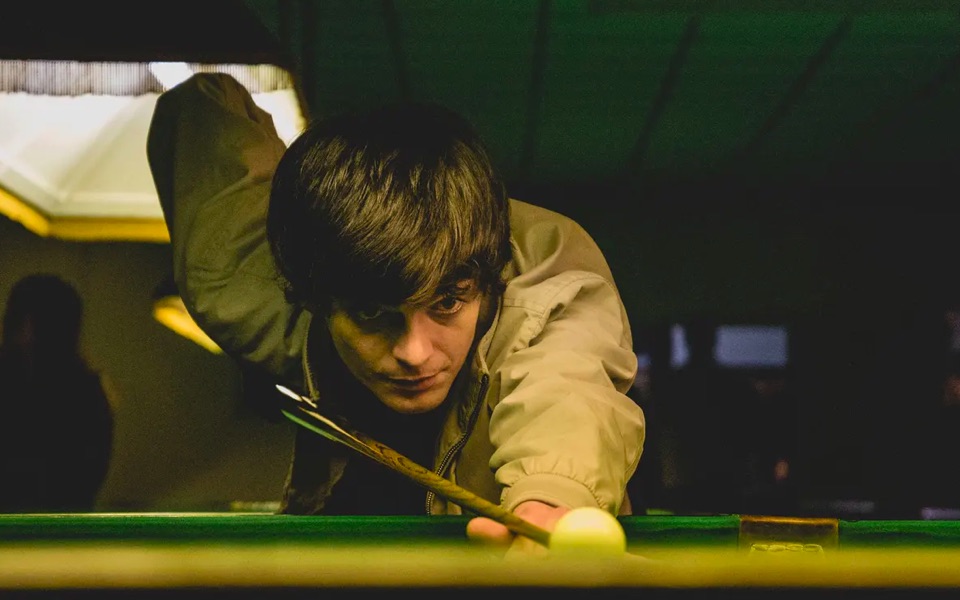 Biopics that feature their subjects are not a new thing – Muhammad Ali and radio host Howard Stern both played themselves in the stories of their lives. However, they are rarely followed by rave reviews. Schemers is based on the early breakthrough of Dave Mclean, a music promoter who went on to work with some of the icons of 80s and 90s music. He directs and co-writes the film, but what it gains in authenticity is lacks in perspective.

Dave’s solution? Book Iron Maiden, the future legends who are about to release their first album. If he can get them to play a gig at the sizeable Cairn Hall, his skin will be saved. However, many obstacles stand in his way, including himself.

Like the similarly toned Killing Bono (2011), it’s a story of someone living in the proximity of greatness that never quite gives you a reason to care. Mclean’s resistance to find the murkiness in his own story means that any tension that builds is quickly drained away with visual gimmicks and thinly veiled homages to Danny Boyle’s Trainspotting (you can almost hear Ewan McGregor’s voiceover in the opening moments). There’s a sense that this will all work out, and the reckless lead who really should probably learn his lesson will have his rashness validated.

The film is at its most comfortable when Mclean and his co-conspirators are bouncing off of each other, either through giddiness or fear. Berry gives you little reason to like Dave, but there is something in his boldness that makes you want him to make it out with everything intact. Most of the other characters feel broadly sketched, particularly the gangsters who could have been shipped in from any low budget British comedy.

Schemers is the film equivalent of someone telling you a story in the pub – darting around, dropping famous names, and the person telling it usually comes out on top. While there are moments of intrigue and fun, there’s not enough to lift it above its contemporaries in a very crowded genre.

Schemers is available On Demand from 25th January.