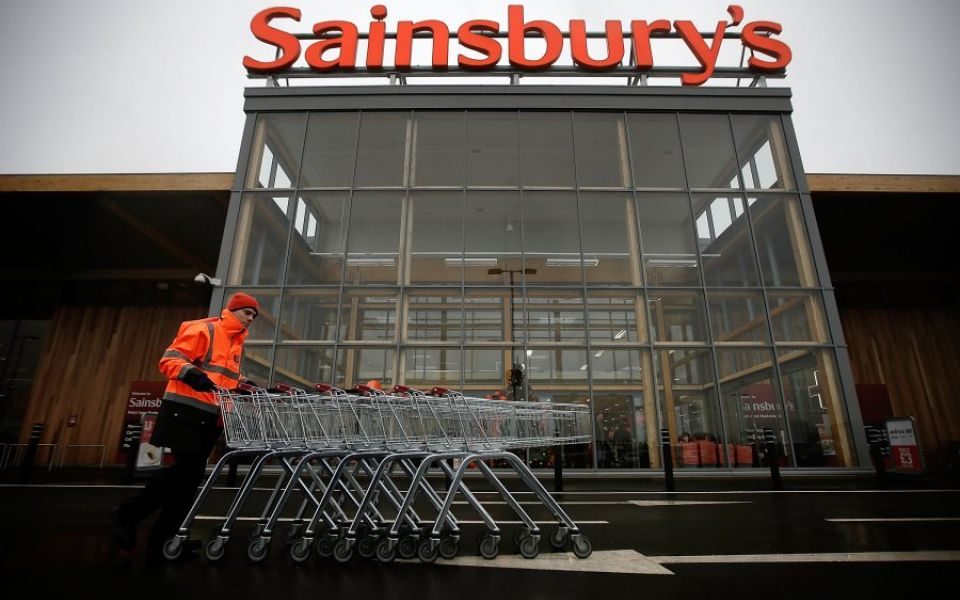 A strongly worded report from the regulator appears to have torpedoed this supermarket mega merger.

What a difference a day makes. Until this morning, Sainsbury's (LSE:SBRY) was the best-performing supermarket stock over the past 12 months by some margin. Now, after the regulator's report on its proposed merger with Asda, it's the worst!

After months of deliberation, the Competition and Markets Authority issued a damning report on the plan as part of its Phase 2 investigation, finding "extensive competition concerns". Market reaction was predictable, sellers sending Sainsbury's shares crashing as much as 16 per cent in quick time.

The deal could "lead to a worse experience for in-store and online shoppers across the UK through higher prices, a poorer shopping experience, and reductions in the range and quality of products offered," the CMA said, adding that prices might also rise at a large number of Sainsbury's and Asda petrol stations.

And although these are just provisional findings, the language used by the CMA suggests the omens for Sainsbury's and Asda are not good.

Potential options for addressing provisional concerns include "blocking the deal or requiring the merging companies to sell off a significant number of stores and other assets – potentially including one of the Sainsbury's or Asda brands – to recreate the competitive rivalry lost through the merger."

That's laughable, and even the CMA admits that it is "likely to be difficult for the companies to address the concerns it has identified".

Understandably, Sainsbury's is furious. "We fundamentally disagree with the provisional findings," it wrote in a brief response, accusing the CMA of "moving the goalposts" and claiming that its analysis is "inconsistent with comparable cases". And Sainsbury's has a point.

German discounters Aldi and Lidl continue to open stores at a rapid rate. I recently tried out a new Aldi nearby, and the scale of price savings was significant. I've been back several times since!

Yes, the initial period of price deflation is over for the supermarkets, but trading conditions remain ferociously competitive. Rather than price increases, Sainsbury's and its peers are more focused on cutting costs and, in Sainsbury's case, becoming more efficient by integrating Argos concessions into supermarkets across the UK.

The CMA's findings "misunderstand how people shop in the UK today and the intensity of competition in the grocery market," argues Sainsbury's. "Combining Sainsbury's and Asda would create significant cost savings which would allow us to lower prices. Despite the savings being independently reviewed by two separate industry specialists, the CMA has chosen to discount them as benefits." Today's report is especially galling given I had picked Sainsbury's as one of my blue-chip stocks for 2019!

At the time, the shares were trading just above the 300p level which had proved itself as solid technical support. My rationale was to go defensive, betting that despite some headwinds, the grocery sector would hold up and that the Asda merger would go through if the pair sold enough stores to appease the regulator.

Sainsbury's had also outperformed its big rivals in 2018, Argos is a great diversifier and is delivering big cost savings and trading well. Latest results were good and the dividend generous. Crucially, the mega-merger with Asda would create a formidable rival to Tesco (LSE:TSCO).

Without Asda, broker UBS thinks Sainsbury's shares are worth around 240p, which is where they bottomed out today. At this price the shares trade on about 12 times forward earnings, in line with the historic average. The forecast yield is about 4.6 per cent. If the deal does go through, savings and integration benefits could make the grocer worth over 400p.

Even without Asda, Sainsbury's looks good value compared to Tesco and Morrisons (LSE:MRW) which trade at a premium to Sainsbury's and yield significantly less.

It was already expected that Sainsbury's would have to give up as many as 200 stores to satisfy the CMA. It will now spend the next few weeks making its case for the merger in the hope of winning over the regulator. Right now, however, it needs a miracle to make it happen.