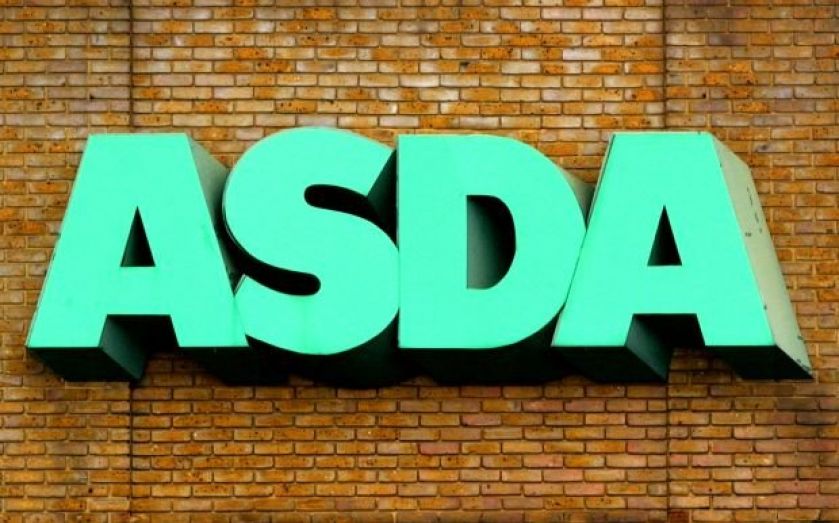 Asda has lost its title as the second largest supermarket in the UK to Sainsbury's, while discounters Aldi and Lidl continue making gains on the big four.

Of the big four – Tesco, Sainsbury’s, Asda and Morrisons – sales fell by the smallest amount at Sainsbury’s, down 0.7 per cent. This helped it regain second place behind Tesco, according to Kantar Worldpanel, a title it last claimed in 2003, while Asda fell into third position.

However, Sainsbury's strong seasonal boost in performance is unlikely to be long-term, with Kantar’s Fraser McKevitt predicting Asda returning to second place later in the year.

Sales at Tesco fell 1.2 per cent over the Christmas period compared to last year, its lowest fall in sales since March 2014, while sales at Asda and Morrisons also fell, both down by 1.6 per cent.

Meanwhile, sales at Aldi and Lidl grew 22.6 per cent and 15.1 per cent respectively, with Waitrose also growing 6.6 per cent.

Overall, the supermarket sector grew by 0.6 per cent as the price war continued. Shoppers benefited as like-for-like prices fell 0.9 per cent, encouraging them to splash more cash over the festive season.

Here’s how the big four and the discounters’ market share stands at the start of 2015. 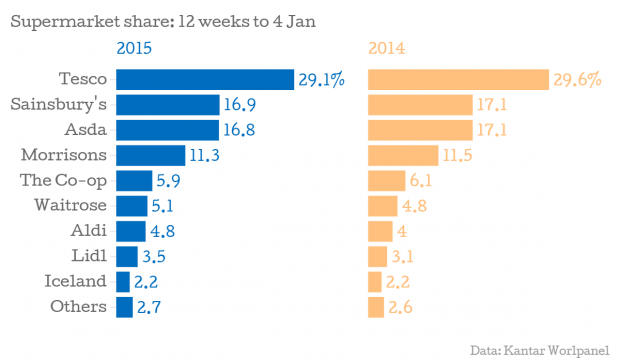