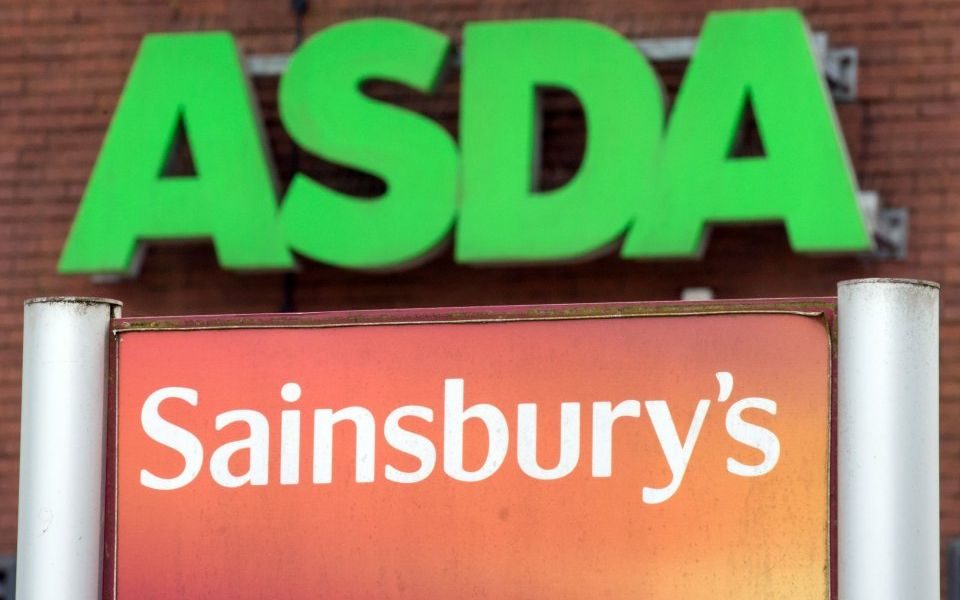 Sainsbury's suffered a 15 per cent drop in its share price this morning after the grocer's £12bn proposed merger with Asda was thrown into doubt following a swathe of concerns raised by Britain's competition watchdog.

The Competition and Markets Authority (CMA) said the tie-up could lead to "a substantial lessening of competition at both a national and local level," and that it would either block the deal or force the supermarkets to sell off stores to rivals in a bid to stem competition issues.

However, the watchdog added: "The CMA’s current view is that it is likely to be difficult for the companies to address the concerns it has identified."

In its provisional findings, the CMA said although it could still allow the deal if the retailers to sold off assets to retain competition in the industry, “divestiture carries a significant risk of being an ineffective remedy”.

It said the merger could result in shoppers facing higher prices as well as reduced quality and choice both online and in-store.

"Investors are rightly accepting that this deal is dead in the water," said Neil Wilson, chief market analyst at Markets.com.

He added: "Sainsbury’s may continue to make its case but the barriers to clearance now seem too high to clear, and even if something could wash with the CMA it would not be acceptable to Asda/Sainsbury’s. The CMA has effectively killed this deal whatever management says and in spite of their insistence to fight on."

Laith Khalaf, senior analyst at Hargreaves Landsdown, said:"The supermarkets will now have to bend over backwards if they want to proceed with the merger, and even then, wouldn’t be guaranteed a favourable ruling from the CMA."

He added: "There’s an incredibly delicate balance to be struck here, because the CMA is also concerned that if the supermarkets do sell enough assets to proceed with the merger, the combined entity may damage competition by being too weak, rather than too strong."

"These findings by the CMA are still provisional but they do suggest that the regulator is leaning towards blocking the merger or at least enforcing a ruling of some disposals in key areas," according to Michael Hewson. chief market analyst at CMC Markets UK.

If given the green light, the £12bn merger would see the new company replace Tesco as Britain’s largest supermarket chain, commanding almost £1 in every £3 spent on groceries.

Stuart McIntosh, chair of the independent inquiry group carrying out the investigation, said: “These are two of the biggest supermarkets in the UK, with millions of people purchasing their products and services every day.

"We have provisionally found that, should the two merge, shoppers could face higher prices, reduced quality and choice, and a poorer overall shopping experience across the UK."

Today's findings are provisional, and both supermarkets have the chance to respond officially to them over the coming weeks.

A spokesperson for Sainsburys and Asda said the CMA “fundamentally misunderstand how people shop in the UK today and the intensity of competition in the grocery market”.

“The CMA has moved the goalposts and its analysis is inconsistent with comparable cases,” they added.

“Combining Sainsbury’s and Asda would create significant cost savings, which would allow us to lower prices. Despite the savings being independently reviewed by two separate industry specialists, the CMA has chosen to discount them as benefits.

“We are surprised that the CMA would choose to reject the opportunity to put money directly into customers’ pockets, particularly at this time of economic uncertainty.

“We will be working to understand the rationale behind these findings and will continue to press our case in the coming weeks.”

Asda last week reported a slowdown in sales growth in the fourth quarter as it waited on the findings, which were delayed earlier this month.

The proposed deal has also seen other supermarkets, such as Iceland, circling to potentially snap up stores that Sainsbury’s and Asda could be forced to offload as part of the tie-up.