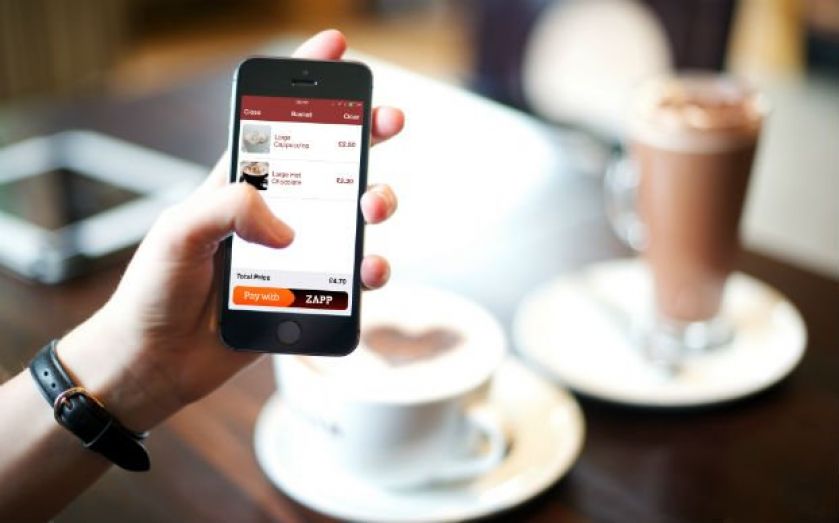 Sainsbury’s, Asda and House of Fraser are just some of the country’s biggest shops that will soon let customers pay for items using just a mobile phone via Zapp.

The mobile technology, already supported in the apps of UK banks such as HSBC, Nationwide and Santander, will be supported by more than 15 high street retailers and businesses from 2015. Shop Direct, Thomas Cook, Clarks, Dune, Spar, Best Western and Bravissimo will also support Zapp.

The mobile payment industry is predicted to triple by 2018 when it will be worth £14.2bn according to the Centre of Economic and Business Research (CEBR). The industry also received a boost in popularity after Apple introduced support for mobile payment for the iPhone 6.

Zapp, acts as a go-between to pass payments between the bank and retailer securely without the hassle of having to enter card details or pin numbers.

Customers will be able to pay online by simply tapping a “pay with zapp” button which takes payment directly from a bank account via the app of their banking provider. The mobile wallet also allows customers to pay in stores at the checkout with the swipe of their phone if it supports NFC and for bills to be paid with the scan of a QR code.

Zapp chief executive Peter Keenan said the partnerships signalled a milestone in the history of money in the UK.

At last the promise of a truly mobile and digital payment method will become a reality, meaning easier and more secure checkouts for millions. It’s amazing to have the support of such well known retailers. Together with our other partners this means millions of consumers will be able to shop at tens of thousands of merchants up and down the UK at launch.

Zapp creator Vocalink which is also the consortium which administers BACS transfer process expects 35m customers will have access to the service when it launches next year.

Digital and e-commerce chiefs at the retailers said the technology would allow them to keep up with their customers buying habits.

Jonathan Wall, group E-commerce director of Shop Direct which runs Very.co.uk and Littlewoods, said: “Shop Direct are excited to be working with Zapp to make it easy for our customers to pay their accounts online and shop with our brands. Mobile payments are a key area of innovation for us and Zapp are definitely one of the winners in this area.”

In addition to the shops, Zapp has also partnered with a further nine payment firms, including Verifone, Klarna, Siemens, Apogee and Vix.