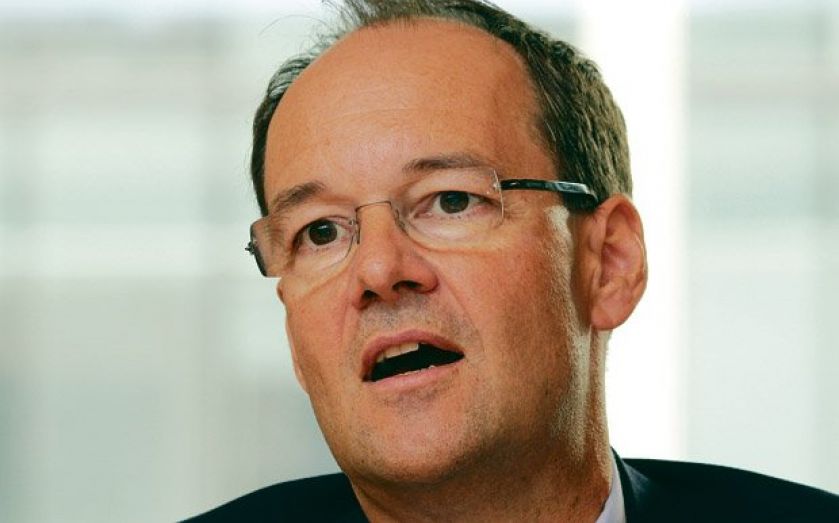 SAINSBURY’S boss Mike Coupe said yesterday that the retailer was “taking the fight to the enemy” as he unveiled plans to cut costs and its dividend to fund a £150m price offensive against its discount supermarket rivals.The grocer’s nine-year run of uninterrupted sales growth came to a grinding halt this year as changing shopping habits and competition from German discounters Aldi and Lidl finally caught up with the group.It plunged to a £290m loss in the six months to 27 September compared with a £443m profit last year after booking a £665m exceptional charge, mainly due to a writedown on its property portfolio.Coupe, who succeeded Justin King as chief executive in July, said Sains­bury’s would spend £150m on cutting prices of everyday products such as nappies over the next 12 months, warning that profits would be lower in the second half than in the first.This will be funded by £500m savings over the next three years and a reduction in capital expenditure to £500m-£550m a year from £888m last year.“We absolutely have made sure that we’ve got the cash resources to deal with whatever scenarios that we can envisage in the market,” Coupe said.The retailer said around 25 per cent of its estate would be “under-utilised” over the next five years and it planned giving more space in its stores to clothing and concessions such as Jessops.