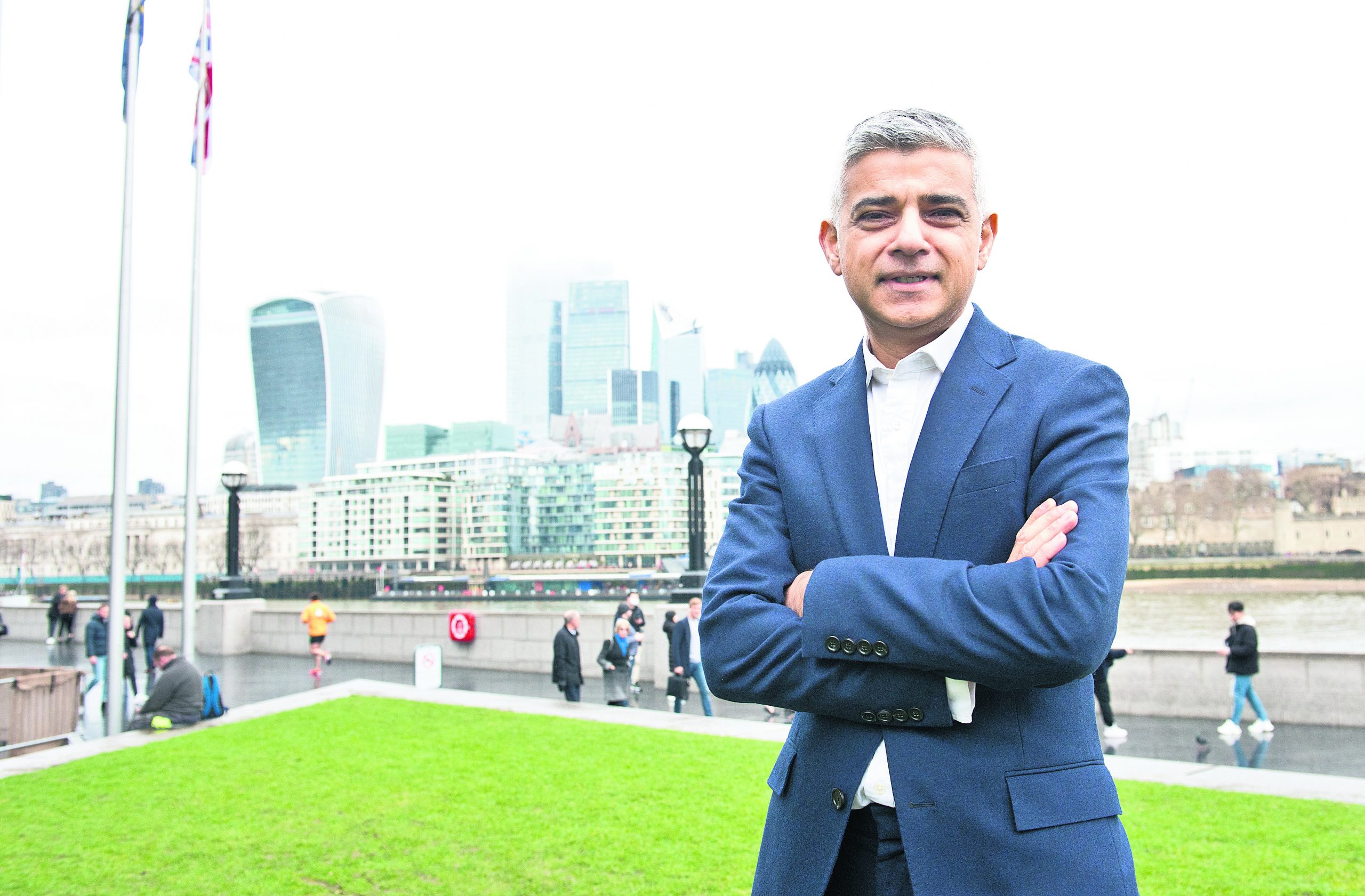 There can be no doubt that last year’s General Election redrew Britain’s political landscape.

But for an example of just how different things have become, consider that next week a Labour mayor of London will warn a Tory chancellor against imposing new taxes on multinational tech giants.

Sadiq Khan tells me he enjoys a good relationship with most of the current cabinet, but he talks about “Saj” as if they’re old school friends.

We’ve been talking for almost an hour in the cafe of the Bridge theatre, a stone’s throw from City Hall, when the issue of tech regulation comes up.

At first, the mayor’s comments on this subject don’t deviate from standard observations about US multinationals. “I think they should pay their fair share of tax, they avoid it using clever devices,” he says.

“When you see a big employer like Amazon paying a minuscule amount of tax [in the UK] the government should close loopholes, they should pay their fair share of tax in relation to revenues raised in this country.”

And then, out of nowhere, he adds:

I think we’ve got to realise that we’re a global city, we work in a global economy, to unilaterally impose taxes in one country could have unintended consequences, making them move elsewhere.

When I push on whether he’ll be raising this argument at an upcoming meeting with Javid, Khan says it’s “one of the issues I’ll be raising, making sure we’re welcoming to businesses from around the world.”

The government says it’s absolutely committed to the introduction of a tax on global tech giants.

Khan’s Labour party comrades in Westminster will probably attack the government for being too timid. But the mayor thinks it’s a bad idea and he intends to lobby the Conservative chancellor.

When I last interviewed Khan he was limbering up to take on Zac Goldsmith in the 2016 mayoral race. He told me he wanted to be “the most pro-business mayor London has ever had.” I never thought he’d prove it by riding to the defence of Google and Facebook.

However, one of his most high-profile clashes has been with another US tech giant: Uber. As chair of Transport for London, Khan enthusiastically supports the regulator’s decision to revoke Uber’s licence.

Some may see the Uber-tussle as proof of an anti-business strand running through Khan’s approach to managing life in the capital, but he insists it shows the opposite. “When I became mayor there was a monopoly [Uber] but I believe in the market economy and now we have not one but a number of different operators.”

He tells me, “the market is working” and I can’t help but wonder, when was the last time a senior Labour politician said that?

Khan seems immensely proud of the capital’s businesses, and proud to be associated with them. He responds to a claim by Tory opponent Shaun Bailey that he’s too pessimistic by saying: “Speak to Apple, Google, Facebook, Snapchat — they’ve all come to London since I became mayor.”

Khan admits that when he first walked into City Hall he “didn’t fully understand the contribution made by businesses of all walks of life, not just [those in] the Square Mile”. And he recalls that, three and a half years ago, City A.M. readers were “not unreasonably suspicious about whether I’d be a mayor that understood what makes our city tick”.

He says the Corbyn factor and the fears at the time over his party’s relationship with business meant that people may have had concerns about the spectre of Corbyn’s man moving in to City Hall.

Despite having been one of the handful of MPs to nominate Corbyn, he’s quick to distance himself from the project now.

“We’ve got to accept that we’ve lost four General Elections in a row — we can’t keep repeating the same mistakes, we have to have the humility to recognise that the British public doesn’t like what we’re offering.”

He won’t tell me who he’s backing for Labour leader, though the expectation is he’ll come out for Sir Keir Starmer. “What I’m looking for in the next leader is someone who understands and accepts that we lost, has a good diagnosis for that and has a route back to winning.”

He’s also concerned that as it licks its wound, his party could turn against London. “I’m afraid many of my colleagues [in the Labour party] don’t understand the importance of London to our country.”

‘Neglect London at your peril’

It isn’t just Labour MPs that seem happy to turn their backs on the capital. Khan says he’s “really worried about both main parties thinking that the way to success in a General Election is by slagging off London.” He warns frontline politicians of all stripes: “Neglect London at your peril.”

Hostility to the capital is not unique to British politics, and Khan says it’s the same in France, the US and other countries that are seeing voters “vent their anger against globalisation.”

However, he suggests that some of the anti-London sentiment which has bubbled up in recent years is justifiable. “We have given the impression of being arrogant, of saying to the regions: be grateful to receive our crumbs.”

He wants other politicians to make the case that “we need each other”. The mayor cites the factory in the west Midlands that manufactures London’s electric black cabs, and the factory in Hull that builds trains for the Piccadilly Line.

The issue could get worse, Khan says, because while “London will be OK” after Brexit, “the parts of the country that voted to Leave will, ironically, do least well.”

For someone who devoted a lot of energy to a second referendum campaign, Khan almost seems to have made his peace with our departure from the EU. “For 1,000 years we’ve been open to trade, people and ideas, and my optimism is based on the track record of this city.”

He does, however, worry about immigration and the government’s plan to bring down the numbers. He welcomes calls to lower the proposed salary cap from £30,000 to £24,000 but says “it’s still too high.”

If it remains government policy to reduce net migration to under 100,000 he says “I’d want it all for London,” adding “we want it and we need it.” He points to the staff behind the counter of the cafe and reels off the stats about the number of so-called low-skill jobs — and vacancies — in London.

Then, as the interview finishes, Sadiq Khan gets up and goes to talk to them. He shakes their hand, thanks them for the coffee and makes for the exit. He hardly gets a foot out the door before a passerby stops him for a chat.

Other people stop and clock him, pointing or taking photos. He waves to some, stops and talks to others.

Then it’s a brisk march, under armed guard, back to City Hall and some preparation for his meeting with the chancellor. The tech giants will be rooting for him.