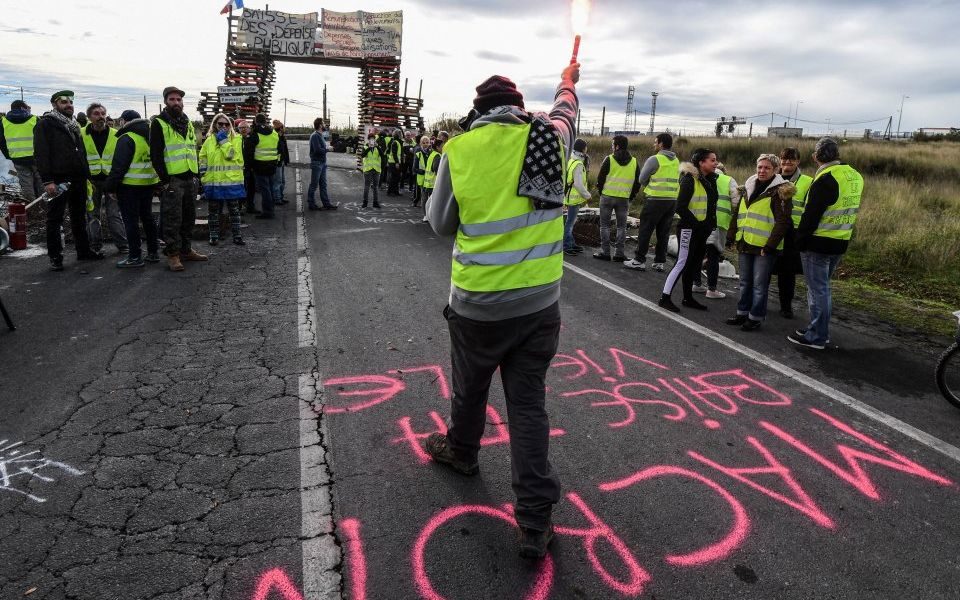 France's private sector contracted at its quickest rate in more than four years in January in the wake of sustained national protests and rioting, according to a closely-followed measure of industry activity.

The services sector was hardest hit, contracting at its fastest pace in nearly two-and-a-half years, according to the latest purchasing managers' index (PMI).

The survey gave services activity a PMI score of 47.5, down on December’s 49.0, the lowest in 59 months. A score below 50 indicates a contraction in the sector, while a score above shows growth.

Manufacturers fared slightly better, with goods producers recording broadly-unchanged output in the first month of 2019, stabilising on a 49.9 score after a contraction (47.6) in December.

But employment growth decelerated further in January, easing to its slowest rate for just over two years. Services providers reported a deceleration in the pace of hiring, registering only a “marginal increase” in staff numbers, according to the report.

Despite this, business optimism increased, with confidence at its highest since October.

Eliot Kerr, economist at IHS Markit said: “Despite the continuation of ‘gilets jaunes’ protests, it is unclear whether the latest weak performance was caused by the resulting disruption, or whether the anticipated global economic slowdown for 2019 is already beginning to take hold."

Read more: The Franco-German push for EU integration may backfire

“Although firms reported higher confidence in January, other forward looking indicators such as new orders fell at the fastest pace for over four years. This suggests further weak performance for France in the coming months.”