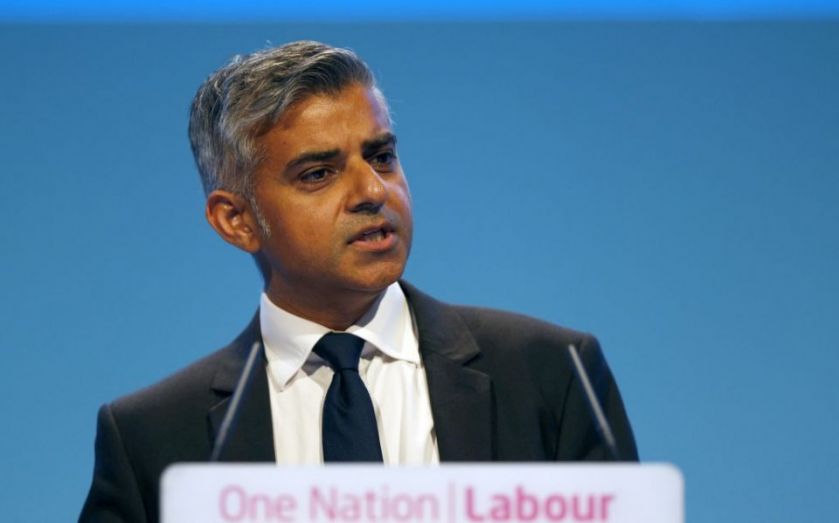 Sadiq Khan’s story is the story of London at its best. The son of a bus driver, he became the first ever Asian to attend Cabinet. From growing up in a council house in Tooting, he took his law firm from just two partners to employing over 50 people. If many more are to be able to follow such a path of ambition and opportunity, we will need him to be London’s mayor. The role of mayor of London is not ceremonial or one for just celebrities, and business knows that. London’s firms need an active mayor, who will roll up their sleeves and fight for a better deal for the capital, its businesses, and all who work in them too. I’ve worked with Sadiq in his role as shadow London minister. It’s rare to find a politician who really understands the way business works, but Sadiq gets it. He understands that growth on its own is not enough. All cities around the world are about growth. But Sadiq has seen the broken cities of Africa and East Asia. Effective growth is based on shared effort. Businesses and entrepreneurs provide the growth, but you need an active mayor to meet their end of the deal. Because growth plus planning equals success. Sadiq talks with enthusiasm and knowledge about what other cities are doing right. He talks about the businesses in Bologna, which have benefitted from the city’s mayor initiating entrepreneurship programmes. Or those who have thrived because of the Tech Talent Pipeline in New York – kicked off by the mayor. And the neighbourhoods programme in Chicago, regenerating lost corners of the city with private money, led by the mayor. We need to compete with these cities, and we can only do that with a mayor who can lead and who understands what London needs. Sadiq knows our current growth is too unstable. We risk further instability due to uncertainty about our future in the EU. London needs a mayor who will emphatically campaign to stay in. That mayor is Sadiq. As an active mayor, Sadiq would diversify our economy. He would work with businesses to create the conditions we need for growth in manufacturing, tech, green and the creative industries in London, making the capital the world’s incubator for these new drivers of growth. But growth doesn’t happen by magic. We all need to put the work in. So what’s the deal on the table here? For most people these days, there is no guaranteed career for life in this fast-paced new economy. But it’s right for there to be support to deal with that change. That’s why the mayor needs to be in charge of skills training, working with business to make sure our workforce is ready to fill the jobs we create. That won’t happen unless you have an active skills deal between business and the mayor. Sadiq as mayor will plan the growth of our city with business, to meet our transport, infrastructure, housing and training needs. We all know as employers that the costs of housing and limits on transport make it harder for our staff to thrive in our city. It’s reasonable in those circumstances that we reward our employees and ensure they are paid enough. I know from my experience that the vast majority of businesses are socially responsible. Sadiq will always encourage that, and his Business Deal for London will mean more people can fulfil their dreams in our great city.