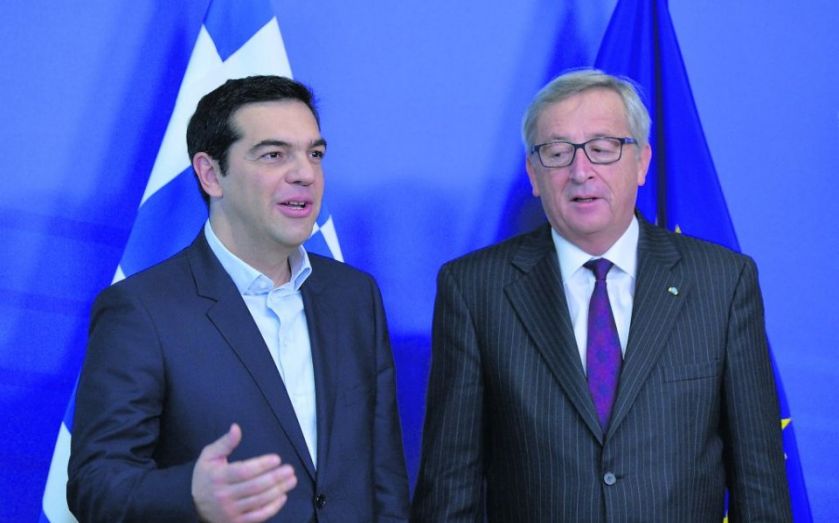 The new Greek government was left with a bloody nose last night after Eurozone central bankers abruptly scrapped their acceptance of the ailing Mediterranean country’s debt as collateral for funding.

Syriza – Greece’s radical left-wing anti-austerity party – has spent this week sending its leaders on a charm offensive across Europe, confidently expecting to negotiate a new deal over its mammoth debts.

Markets had climbed since Monday as Europe’s leaders appeared to give Syriza a warm welcome – but last night stocks tanked after the European Central Bank (ECB) signalled a more aggressive stance towards Greece.

With markets in Europe closed, the S&P 500 in New York ended down 1.6 per cent, while the Dow Jones finished higher but with its gains pared.

The euro was also knocked down. Having traded at $1.153 earlier in the day, the single currency was printing $1.133 late last night.

The ECB’s move means that Athens’ own central bank must finance the country’s lenders, isolating Greece from the rest of the bloc. The decision reflects a belief in Frankfurt that Greece’s new government is turning its back of the country’s bailout programme.

The ECB action will take effect from next Wednesday, 11 February.