The rubbish revolution: How to profit from plastic policy changes 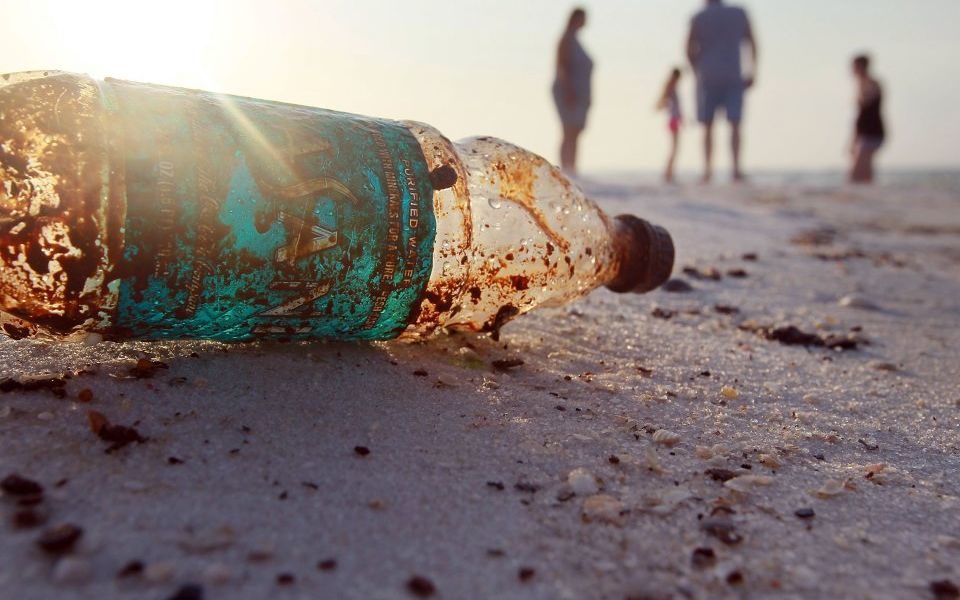 It is estimated that eight million tonnes of plastic packaging end up in the world’s oceans every year.

The plastic problem has jettisoned into social consciousness over recent years, helped by TV programmes like Blue Planet and Plastic Ocean.

Now our lives are littered with concerns about the impact of this material on the environment.

Fortunately, the UK government is starting to clean up its act, introducing plastic bag charges and proposing bottle deposit schemes. It is also set to introduce a tax on plastic packaging that contains less than 30 per cent recycled material.

Public perception is, of course, a powerful driver of change. But new plastic policy is also a product of disruption taking place elsewhere in the world, namely China’s ban on imports of plastic waste, which was rolled out last year.

The ban has been a wake-up call for global governments. With China refusing to accept half of the world’s plastic as it once did, this is garbage that now needs a new home.

As the plastic starts stacking up in our backyards, the ban is forcing countries to develop their recycling infrastructure. And any policy changes will affect businesses across the board – either directly or indirectly.

So the question is: how can environmentally-conscious investors benefit from this movement?

To find out how policy changes are likely to affect investment, I spoke to Jon Forster from Impax Asset Management. He tells me that environmental policies don’t always have the positive effect that investors might expect.

“Policy is an important driver of growth, but it’s also very misunderstood,” says Forster, who has spent the best part of two decades investing in environmental markets. He co-

He points out that people’s minds tend to jump to renewables and subsidies when they think about environmental policy, when actually it’s tougher regulation that produces a lot of the benefits.

This approach might seem at odds with the market’s consensus view that tighter regulation hinders growth, but this is actually one example where regulation is beneficial.

In fact, Forster says that 90 per cent of growth in the portfolio is driven by “policy ratchets” that get tighter over time, which are often not visible to the average person on the street.

Tightening environmental standards force industries and technologies to improve, while subsidies don’t. Investors should therefore look out for companies that are adapting and building new technology.

Another one bites the dustbin

One problem when it comes to policy is that the government has a track record of changing its mind about targets. Not only does this generate negative press, but Forster warns that it creates a stop-go market, which is unhelpful to both companies and investors.

And what’s clear is that dealing with our addiction to plastic is far from straightforward.

In fact, the government is already facing pushback on some of its plastic proposals. On Monday, retailers were accused of “watering down” the UK’s proposed bottle deposit scheme, after they argued that only small bottles should be included in the initiative because these are the ones that cause the most litter.

And of course, we should consider the fact that completely swapping plastic for other materials like glass could have unintended consequences, with production potentially costing more in energy and carbon emissions.

You could also argue that the clampdowns on items like cotton buds and straws are merely a distraction. They might be quick wins for government, but they’re a drop in the ocean in terms of the wider plastic problem.

In reality, comprehensive plastic policy is the real winner. And it’s clear that smart companies stand to benefit from the disruption in both policy and perception.

The first is infrastructure. Look at companies that are creating the technology to assist recycling facilities, such as those that develop optical lasers which help to sort different plastics. Also look for suppliers of reverse vending machines which stand to benefit from the incoming bottle deposit scheme.

With a 75 per cent share of the global market, Norway-headquartered Tomra is worth watching.

Second is packaging. “It’s going to be a turbulent time for packaging businesses as the market digests the import ban,” says Forster. He thinks that we will soon move away from plastics towards other solutions, such as fibre-based packaging.

One player in this market is DS Smith. Founded in 1940 in London, the company supplies a range of packaging materials throughout Europe. It’s currently one of the Impax trust’s top holdings, according to its recent factsheet.

Third is new materials, including biodegradable plastics. “We looked at bioplastics for years, and it was always a problem area finding firms that ticked the boxes in terms of the performance, cost, and reliability,” Forster explains. “But with tailwinds from changing dynamics, and technology that’s more mature, we think that bioplastics will have a role to play as well.”

One example of a biochemical business is Corbion, which makes polylactic acid (the building block for bioplastic).

When I ask Forster what he thinks could create real change, he argues in favour of hard targets for recycling, adding: “This would incentivise the market to invest in the infrastructure.”

He also says that there should be a uniform recipe for plastics, meaning that you’ve got a standard material that is more easily recycled.

No nation is immune from the problems facing the planet, and as the world is shaken up, it provides challenges for the global economy and opportunity for the markets. As investors, it’s wise to make sure you’re on the right side of the revolution.