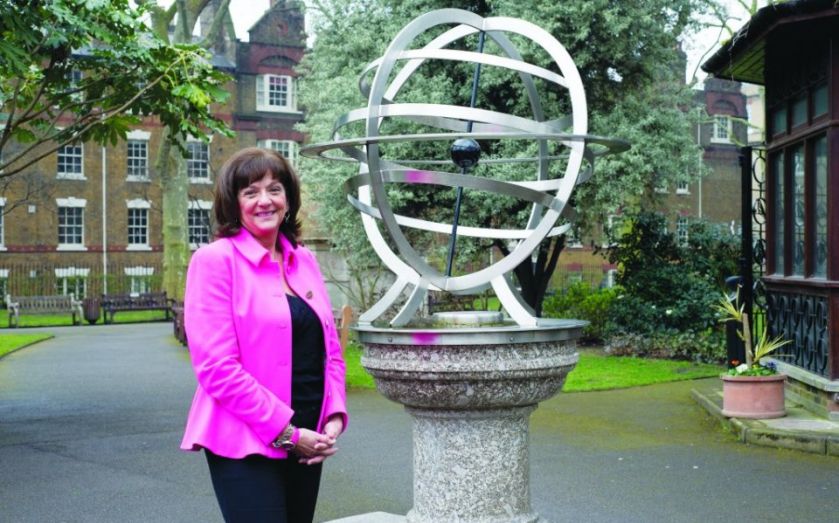 "I was gobsmacked.” Ros Altmann summarises her reaction to the Budget last year, when the chancellor first outlined his dramatic plans to bring pension freedoms to all. On the afternoon of that Budget day, Altmann, a pensions expert and campaigner, adviser to successive governments, and investment manager and economist, could barely contain her excitement when she detailed her thoughts on George Osborne’s announcement. “Almost speechless,” she wrote. “After so many years of waiting for good news, suddenly so much comes at once.”
Her reaction to Osborne’s “Savers Budget” last week was less straightforward. While praising the chancellor’s decision to introduce a £1,000 savings income tax-free allowance for basic rate taxpayers (higher rate taxpayers will only receive a £500 allowance, and top rate taxpayers will receive nothing), and for allowing people to sell their unwanted annuities, Altmann had less kind words for the lowering of the lifetime pensions limit – which will fall from £1.25m to £1m.
“It’s a draconian change,” she says. When I spoke with her before this year’s Budget, she was calling for the lifetime limit to be scrapped entirely. If your pension fund rises above it, you will face penal rates of taxation. And in Altmann’s view, all this does is punish people for investment success and make it next to impossible to determine how much you should be contributing into your pension in the first place.
Nevertheless, pension freedom is about to arrive. From next month, over a year after Osborne first unveiled his plans, the law will no longer require people to turn their private pension funds into an annuity. Whereas previously only those with large funds could leave their pot invested while taking an income, now that freedom will be extended to everyone. Those aged 55 or over can even take their entire pension fund as cash.
It can’t be often that pensions policy raises pulses. But while every major political party supports the end of compulsory annuitisation, the prospect of people withdrawing all of their pension in one go has sparked heated debate – and not simply over the practicalities of the policy itself. It’s raised the far more fundamental question of how far people can be trusted to make decisions in their own interest. Critics worry that we’ll see a wave of irresponsibility, as pensioners splurge years of long-term savings on a cruise or a Lamborghini, leaving nothing to support themselves with in old age.
Altmann, however, is more optimistic. “If people have been responsible enough to save a reasonable amount in a pension fund, I think they’ll be responsible enough to want to use it to support themselves in retirement rather than blow the lot just because they can get the money out.” And the system is carefully-designed. Aside from the 25 per cent which you can take tax-free, the rest will be taxed as income when it’s withdrawn. So if you’re withdrawing £200,000 in one go, you will face far higher tax rates than if you take out £10,000 each year. “It’s clever. It’s a builtin disincentive for you to do something that is probably not in your best interest,” says Altmann.
And the other major change – the abolition of the pernicious 55 per cent death tax – makes it even less likely that spend-thrift pensioners will take their money and run. “Pensions are now the last money you should ever spend. Spend your Isa, spend your house, but don’t spend your pension,” says Altmann. Arcane rules governing how pensions were taxed when inherited by loved ones have been swept away. The 55 per cent tax on inheritance incentivised spending your pension before you died, but now your funds can be passed on as a family pension. “If you need it, it’s there. If you don’t, it goes on tax free.”
Altmann’s views on the subject have weight, and not only because she’s been involved in the debate surrounding UK pensions policy for well over 30 years. She’s looked at the issues from perhaps every perspective imaginable. Many will know her as the former director-general of Saga, the financial services and holiday company focused on serving the needs of older people. But she’s also worked as an academic, an economist and investment manager, and as a campaigner for people who have been failed by the pensions system. And although she is currently serving as the government’s business champion for older workers, Altmann is no Conservative stooge. She worked on the Myners Report and consulted for the Number 10 Policy Unit under the last Labour government, and in the 1980s advised the Social Democrats – alongside Mervyn (now Lord) King, the former governor of the Bank of England.
Why did she first get involved in pensions? “I could lie to you and say I’d always been burning to look at them all my life. But it wouldn’t be true,” she says, laughing. It was a more prosaic decision – when deciding what to focus her PhD on, Altmann’s supervisor drew her attention to a new dataset that could offer a fresh perspective on pensioner incomes. And she soon found a problem she was itching to solve. “It was clear that there was a problem with pensioner income, and there was a great potential for private pensions,” she says. The baby boomers were still young, but a point was rapidly approaching when the system would have to encourage higher levels of private saving to tackle the pensioner poverty she was seeing in the data.

Yet little was done. While the state fiddled with earnings-related top-ups and means-tested state pensions, Altmann knew that what we really needed was “a flat rate state pension system with a good private pension on top.” While we’re getting there now, “it’s unbelievable how long it’s taken, and we’re still not there at all.”
After realising that the worst lecturers she ever had “were the ones who had never been in the real world”, in the early 80s, Altmann decided to leave academia for the City – initially as an economist at the Pru. She subsequently spent 15 years managing institutional portfolios, holding senior roles at the likes of Chase Manhattan, Rothschild Asset Management and NatWest. “I loved the buzz… It was a very exciting time to be in the markets. Exchange controls had just been lifted. Interest rates had started to come down, and equity markets were coming alive.”
She left the City after the birth of her third child, and moved into consultancy. But it was her “Pensions Theft” campaign on behalf of 150,000 workers who had lost their final salary company pensions that really propelled Altmann into the public consciousness. “They had lost everything,” she says. “They had been promised [by government] that it was completely safe, and they trusted that… It was all such an injustice.” Her multi-year campaign directly led to the establishment of the Financial Assistance Scheme and the Pension Protection Fund.
It’s a common observation that pensions have a trust problem – that a series of scandals, high fees, and a perception that the industry works better for its employees than those who save in it, have discouraged saving in pensions, despite the generous tax advantages. But will the new freedoms, ending the paternalistic view that big companies and the government will look after us, fix this?
“It should do,” says Altmann, “if the industry plays properly. The past system prevented people from making choices. It actively discouraged you from making choices. That was the problem. It relied on you being told what to do – whether a default fund you were put into, or an annuity you were put into at the end. The message was: you don’t need to think about it, because we’ll do it all for you. It being done for you has great merit, but only if what’s being done for you is in your best interest.”
And something has changed in society since the old system was designed. “The concept of trusting somebody else to know what’s best for you has gone. This century, I think the basic premise is: I want to decide what to do for myself, I want to know, and if I don’t have the information, I want it so that I can choose,” she says.
There are risks with the chancellor’s changes, of course. But Altmann is more concerned that the pension industry’s mindset has not shifted sufficiently, and that too few companies have fully embraced the reforms. “The industry needs to up its game, or we need new entrants. The opportunity is here. I think it’s going to take longer than it should. However, I’m still absolutely convinced that trusting people with their own money, and not forcing them to annuitise, is completely right.” Does trusting people at retirement make them more likely to put money in when they’re younger? “Absolutely.”
The bigger risk, perhaps, has less to do with structural reforms to pensions and far more to do with the markets themselves. For Altmann is deeply concerned about the impact of the extraordinary monetary policies enacted by central banks since the financial crisis. With yields plunging across sovereign debt markets, “there is clearly a heightened risk of a crash”. And like the dot-com bust of the noughties, people losing their shirts in the markets could well undo all of the good work that’s been done in rebuilding the credibility of investment through pensions.
“We’re in a boom in many ways. There are parts of the economy that are doing brilliantly. We’ve created so many new jobs. Growth is up, house prices are in a bubble. And somehow or other, the emergency rates that were considered appropriate to stave off a depression have remained. And I can only assume that the reason that rates are where they are, and that QE is ongoing, is due to problems in the banking system that haven’t been resolved,” she says. “Continuing to try to drive down long-term interest rates is not the right policy, and certainly not now.”
Altmann applied to sit on the Bank of England’s Monetary Policy Committee a few years ago, but was turned down. “I think I was probably too non-mainstream. They like the orthodox approach… I think they were quite happy to have people who think the same as them.”
So given her concerns, what is the ideal scenario? “I think a gentle rise in rates could be good for markets and the economy. Yes, markets might have a bit of a sell-off at the beginning. But I don’t think that would be for long; markets have sell-offs all the time anyway.”
And if central banks continue with their current policy? “I don’t think anybody can predict how it’s going to play out. We’ve not had the end game… You can only hope and pray that somehow we’ll muddle through.”
Share:
Tags: Money Magazine Pensions