With its ancient ruins, buzzy aperitivo scene (check out Il Mercato Centrale Roma as a tasty starting point) and balmy climate – what’s not to like about a sojourn to one of Europe’s most inspiring capitals?

After all, this is the place from where Caesar controlled his empire, where Michelangelo was inspired and where Fellini came up with the concept of La Dolce Vita. The best way to see the sights? On a vintage Vespa, of course (Bici Baci do guided tours of the city – bicibaci.com).

Where? Rome Cavalieri, a Waldorf Hotel, is one of Rome’s grandest offerings, found 20 minutes outside of the centre, on the verdant Monte Mario. Tucked away in a 15-acre park, with towering umbrella pines and undulating hills, all the rooms boast glorious views over the city’s rooftops. It has just finished a multi-million-pound range of enhancements, including the relaunch of its top-end Imperial Suites.

The stay: Each of the 345 rooms has its own terrace for some much-needed breathing space, but if budget allows, the hotel’s jewel in the crown is the revamped Petronius Suite, which offers panoramic views and interiors, styled on the Palace de Versailles. Guests can also access the Imperial Club Lounge, a retreat aimed at high-net-worth travellers for private breakfasts and afternoon tea. Elsewhere, you’ll not be disappointed, however. Décor is as maximalist as it gets – travertine bathrooms (complete with a huge stash of Ferragamo products), thick carpets and gold and royal blue textiles equal rooms which are classically opulent. 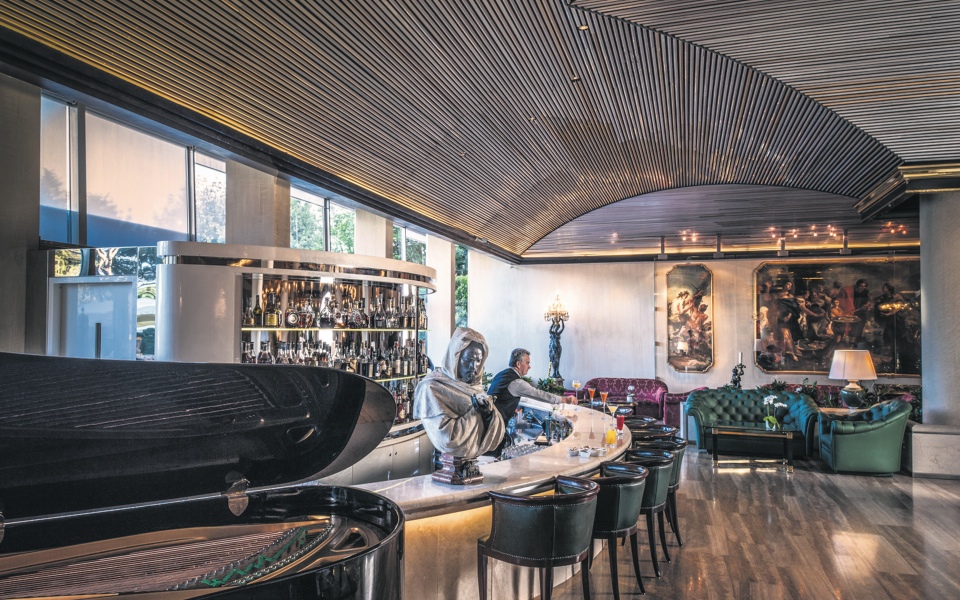 The food: A true highlight is La Pergola, which is presided over by culinary genius Heinz Beck and is the only three-Michelin starred restaurant in Rome. Found on the top floor of the hotel, this is a dining room for special occasions and landmark moments. With the lights of Rome glimmering in the distance, you’ll be wowed by Beck’s creations – such as his signature Fagotelli La Pergola – an inside-out take on the classic carbonara – and a delightful jewellery box filled with chocolate treats to end the meal.

Ask about: The sprawling Grand Spa Club, which has three outdoor pools and one indoor, and acres of marble to echo Rome’s ancient baths. Book La Prairie treatments, kickback in the amethyst Turkish bath or join the tennis pros on the two clay tennis courts (both Venus Williams and Novak Djokovic were spotted here during May’s Italian Open).

Top tip: Book one of the resident art historians for a guided tour of the hotel’s vast art collection. From original Tiepolo’s to Andy Warhol’s Dollar Signs – it is one of the largest collections outside a museum and seriously impressive.

Need to know: Citalia (01293 765 066, citalia.com), the leading Italian specialist, has a three-night trip to the five star Rome Cavalieri, Waldorf Astoria Hotels & Resorts, on a B&B basis from £793 per person. The package includes return private resort transfers and return flights from Gatwick with Iberia. Based on departures from 5 July 2017. Visit romecavalieri.com