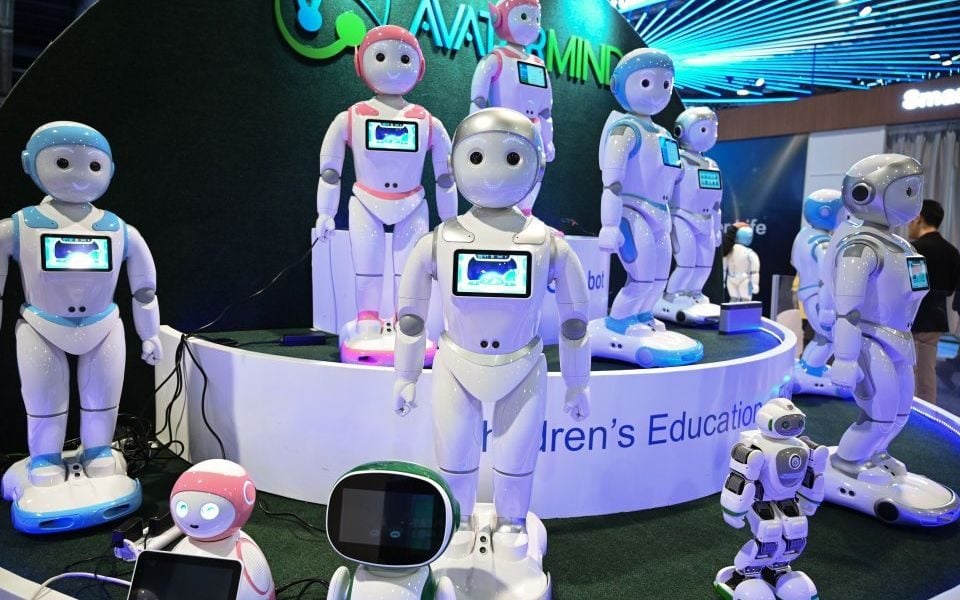 By Ian Hall (City AM, for the CFA Institute)

‘You want your robot to be smarter than the other team’s robot’: advice that sounds like it belongs to a participant in combat competition TV show Robot Wars. But, actually, it’s the increasingly competitive and technology-affected situation that many investment professionals will face in the workplace – and need to prepare for.

That was the message from Larry Cao at the 72nd CFA Institute Annual Conference in London on 14 May.

Cao, who is Director of Industry Research at CFA Institute, was speaking on the topic of ‘Artificial Intelligence and Big Data in the Future of Investment Management’.

AI may be at an early stage of development but its cognitive abilities have already caught up with the average human being.

Having described the progress made in areas such as Machine Learning and Natural Language Processing, Cao fired warning shots towards his audience of investment professionals. Those in the crosshairs included junior analysts who are “doing modelling with Excel spreadsheets”: developments in AI mean – or will, at some point in the relatively near future, mean – that “a lot of these jobs can be replaced”.

There were further challenging verdicts. “Computers have unlimited memory and humans can never match that. That’s a tremendous weakness on our part. We [humans] also have behavioural biases and it’s very difficult for us to get rid of them,” said Cao.

But, for homo investmenticus, it’s not completely Game Over. “We think that, ultimately, AI will not replace [all] human beings,” he assured his audience.

Cao’s overall message was that the investment firms that succeed in the future will need to become strong at marrying AI and (more traditional) human intelligence.

There is a long journey to travel, and the majority have yet to book a ticket. Only one per cent of investment management professionals are currently using Big Data/AI as part of their daily routine, Cao said, adding that a report would reveal more later this year.

Among the AI use-case examples he cited was the collaboration between Japan's Government Pension Investment Fund (GPIF) and Sony Computer Science Laboratories that was announced 18 months ago. GPIF worked with Sony CSL to study how it could use AI in its investment operations, from asset allocation to evaluation processes. GPIF’s executive managing director and chief investment officer, Hiromichi Mizuno, was reported in the media as saying in March that the institutional investment sector has been too sluggish in adopting AI.

Cao also referenced the announcement last year by John Hancock, one of the largest life-insurance providers in North America, that it would require policyholders to record fitness and health data using wearable devices.

He later cited a further more general example of the potential application of AI in financial analysis, saying that programmes are able to be used by analysts to assess the extent to which a person’s voice changes pitch during a conversation. So, for example, if a senior executive has a habit of speaking differently when discussing a particular topic, this could create interesting data, generated by AI.

Practically, the arrival of AI means challenges in respect of recruitment. Cao identified a shortage of people with appropriate skills as foremost among them. “Where do you find all these data scientists?” he asked the audience, arguing that companies particularly require data scientists with industry experience, rather than fresh graduates. And the search for talent with the necessary skills for the digitally-propelled, AI-driven era to come isn’t solely in the middle ranks of organisations – it goes to the very top of the tree. “You need [a leader with] vision – someone to put it all together. And that is rare,” Cao said.

Picking up on his overarching theme, he said: “It’s very difficult to find people who know [both] investment and technology.”

Cao, who is based in Hong Kong, also touched on the geography of the AI era. He tipped India as “the next global financial centre”, albeit not on the same scale as cities such as New York. He said: “We see a lot of firms [already] moving to India. It’s already a trend. Operations and research work don’t need to be physically located in, say, London. You can pick up and process data anywhere, enabled by technology.”

Can a machine do what you do?