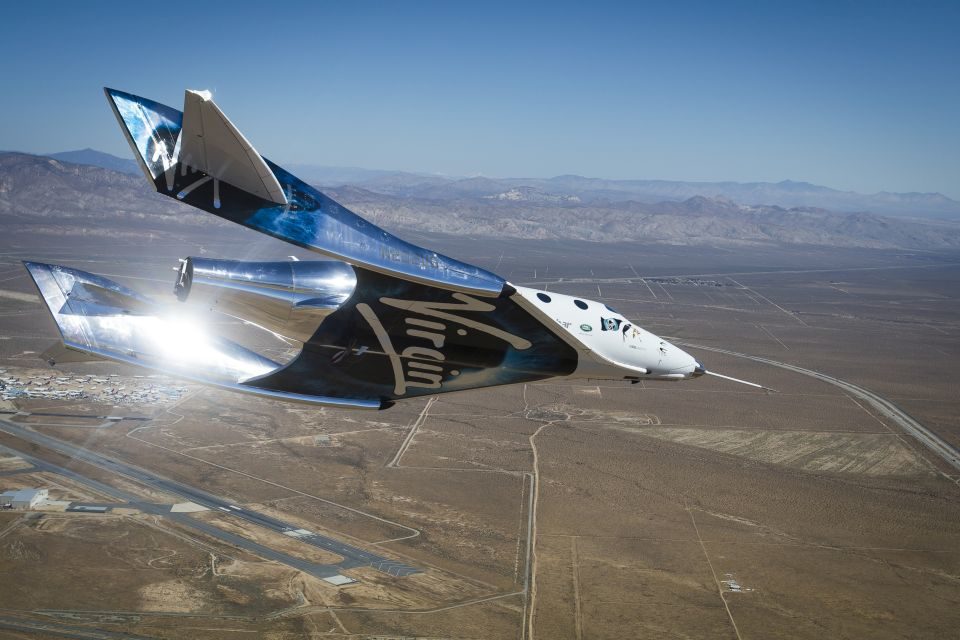 Rocket man and Virgin billionaire Richard Branson's commercial space programme successfully reached the edge of the world's atmosphere for the first time in its fourth test flight across the US today.

The Virgin Galactic Spaceship Two rocket, which was carried up to a height of above 12,000 metres by a specially-designed plane before igniting its motors, reached 82.7km above the ground which is above the altitude at which space begins according to Nasa.

The rocket motor burnt for 60 seconds and the aircraft travelled at 2.9 times the speed of sound in today's test flight.

Richard Branson said: “Many of you will know how important the dream of space travel is to me personally. Ever since I watched the moon landings as a child I have looked up to the skies with wonder. We started Virgin nearly 50 years ago dreaming big and loving a challenge.

"Today, as I stood among a truly remarkable group of people with our eyes on the stars, we saw our biggest dream and our toughest challenge to date fulfilled. It was an indescribable feeling: joy, relief, exhilaration and anticipation for what is yet to come.

“Today, for the first time in history, a crewed spaceship, built to carry private passengers, reached space. Today we completed our first revenue generating flight and our pilots earned their Commercial Astronaut Wings.

"Today, we have shown that Virgin Galactic really can open space to change the world for good. We will now push on with the remaining portion of our flight test program, which will see the rocket motor burn for longer and VSS Unity fly still faster and higher towards giving thousands of private astronauts an experience which provides a new, planetary perspective to our relationship with the Earth and the cosmos.

"This is a momentous day and I could not be more proud of our teams who together have opened a new chapter of space exploration.”

The company posted on Twitter: "White Knight Two is taking Spaceship Two to release altitude at which point Spaceship Two will be released and the rocket motor ignited."

It then said "Spaceship Two is flying free, having separated cleanly from its mothership White Knight Two" before tweeting "Spaceship Two, welcome to space".

Today's powered test over California's Mojave desert marks the fourth flight since an accident three years ago which left one pilot dead.

Branson has been embroiled in an ongoing race to bring tourists to the stars with Amazon founder Jeff Bezos' firm Blue Origin and Tesla chief Elon Musk's Space X.

While Blue Origin has said it hopes to create colonies on the moon one day, Space X already provides fulfilment services through its rockets to the International Space Station.