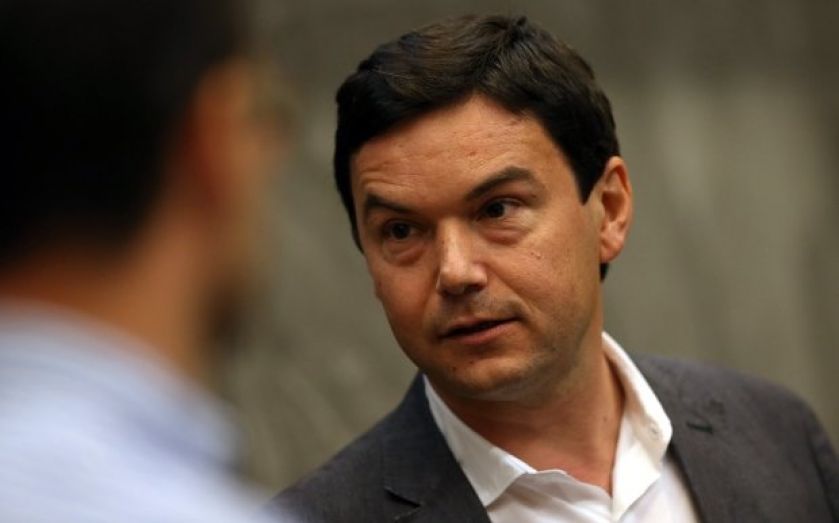 You may not have read French Economist Thomas Piketty's near-700 page long Capital in the Twenty-First Century,  but there's no need to worry – neither have some of the people who've reviewed it.
Below are some of the biggest reviews of the work so far, ranging from praise to scorn, and with a wide range of critiques and comments.
If I've missed one or several that you think should be included, please leave a comment.
Ryan Avent, The Economist (one of nine)

Capital, by dint of its extraordinary success, has created a focal point for an important discussion. It is the right book at the right time, you might say. It has given the debate about inequality a boost, and it has provided that debate with a mechanical framework to help shape and deepen the discussion.

Piketty's new book on the history and future of capitalism is a bold attempt to pick up where Marx left off and correct what he got wrong. While there is much that is useful in this lengthy and well-written book (Piketty and his translator Arthur Goldhammer can fight over credit), it owes too much to the master, and not in a good way.

In a short review, it is impossible to do even partial justice to the wealth of information, data, analysis, and discussion contained in this book of almost 700 pages. Piketty has returned economics to the classical roots where it seeks to understand  the “laws of motion” of capitalism.

Overall, the main argument is based on two (false) claims.  First, that capital returns will be high and non-diminishing, relative to other factors, and sufficiently certain to support the r > g story as a dominant account of economic history looking forward.  Second, that this can happen without significant increases in real wages.

Future capital accumulation may or may not increase the capital share of output; it may or may not widen inequality. If it does, that's a bad thing, and governments should act. But even if it does, it won't matter as much as whether and how quickly wages and living standards rise.

Even if the book had nothing to say about growth, this would be an odd criticism. Capital is not first and foremost a book about the fundamental sources of economic growth. It is also not the great American novel, but that doesn't mean it isn't hugely important.

Economists who write books like this have an opportunity to educate the public in economic reasoning. Thinking about macroeconomics is hard. Piketty's methods and rhetoric suggest to readers that macroeconomics is easy. He can dismiss all objections with a wave of his hand.

When I look at Thomas Piketty’s big book, I see one thing that he failed to do that I think he really should have done. A large part of the book is about the contrast between “r”, the rate of return on wealth, and “g” the growth rate of the economy. However, there are four different r’s. And in his book he failed to distinguish between them.

Piketty rightly argues, from the beginning, that good economics must begin—or at least include—a meticulous examination of the facts. Yet he does not provide a very sound guide to policy. And despite its great ambitions, his book is not the accomplished work of high theory that its title, length, and reception (so far) suggest.

A separate but related issue is the persistence of wealth. Economists Gregory Clark and Neil Cummins have tracked individuals with the same surnames in England over the period from 1858 to 2012, and found that wealth is indeed highly persistent across generations. This would seem to provide support for Piketty’s view that the growing importance of inheritance is likely to exacerbate inequality in the income distribution; but in fact, these findings cast doubt on the effectiveness of his preferred policy solution.

The core message of this enormous and enormously important book can be delivered in a few lines: Left to its own devices, wealth inevitably tends to concentrate in capitalist economies. There is no “natural” mechanism inherent in the structure of such economies for inhibiting, much less reversing, that tendency.

Piketty clearly prefers to talk about the wealth of European and U.S. elites, but he spends a few crucial pages talking about capital accumulation in developing countries. It's here that he notes what may be the most important fact in his book: According to his long-run forecast, "Asian countries should own about half of world capital by the end of the twenty-first century".

Capital in the Twenty-First Century is, as I hope I’ve made clear, an awesome work. At a time when the concentration of wealth and income in the hands of a few has resurfaced as a central political issue, Piketty doesn’t just offer invaluable documentation of what is happening, with unmatched historical depth.

Thomas Piketty has provided a new and extraordinarily rich framework allowing us to think about the recent increase in inequality not as an isolated phenomenon and to forever discuss the merits or demerits of high-skill biased technological progress vs. trade openness, but to see the rising inequality as part of a changing nature of modern capitalism.

Whether or not one is convinced by Mr. Piketty's data—and there are reasons for skepticism, given the author's own caveats and the fact that many early statistics are based on extremely limited samples of estate tax records and dubious extrapolation—is ultimately of little consequence. For this book is less a work of economic analysis than a bizarre ideological screed.

The optimal tax rate on capital is the source of great debate and a non-trivial number of economists place it at or around zero. The optimum tax rate on land is the subject of virtually no debate among economists, and the consensus places it at 100 per cent or just shy for administrative reasons.

Piketty writes as if a tax on wealth might sometime soon have political viability in Europe, where there is already some experience with capital levies. I have no opinion about that. On this side of the Atlantic, there would seem to be no serious prospect of such an outcome.

Capital will change the political conversation in a more subtle way as well, by focusing it on wealth, not income. Discussions about income can become very muddy, in part because Americans don’t like to begrudge a well-earned payday, and in part because it can be tricky to decide what should count as income.

The book also has clear weaknesses. The most important is that it does not deal with why soaring inequality – while more than adequately demonstrated – matters. Essentially, Piketty simply assumes that it does.

Thomas Piketty's Capital in the 21st Century is the most important economics book of the year, if not the decade. It's also 696 pages long, translated from French, filled with methodological asides and in-depth looks at unique data, packed with allusions to 19th century novels, and generally a bit of a slog.