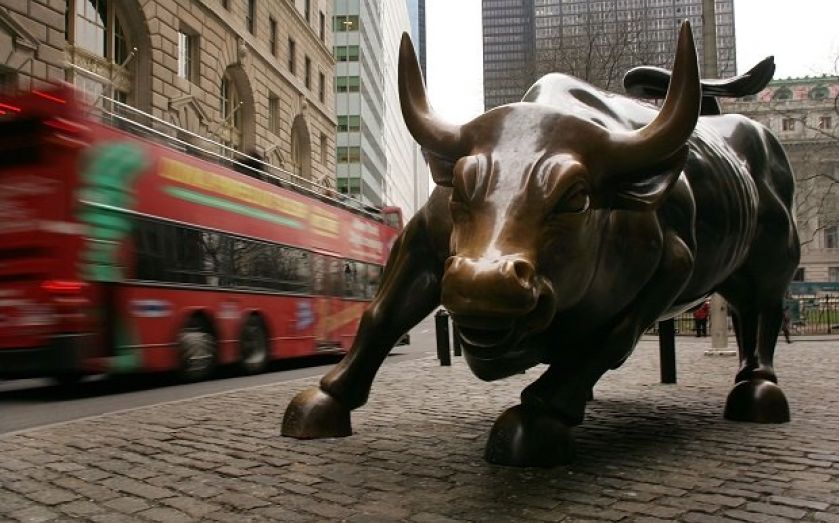 The Institute of Economic Affairs (IEA) recently released a monograph by Roger Koppl about the Great Recession (and the theory of recessions and recoveries more generally).  Titled From Crisis to Confidence, the wide-ranging document goes through the intellectual history of macroeconomics, discusses modern theories, contrasts Keynesianism and the Austrians, and integrates theory of big players and confidence. The volume then ends by offering prescriptions to end the current stagnation.

Koppl, a well-known Austrian economist, begins with an overview of the Great Recession, reviewing the causes of the recession itself and the continuing slump. He gives a relatively standard Austrian account, drawing heavily on Friedrich Hayek. Koppl demonstrates that the rate of interest was below the rate suggested by the Taylor rule.  This cheap money led to malinvestment of capital primarily in the housing stock which was exposed in 2008.  Since then, the recovery has been unusually slow, with Koppl placing much of the blame on subsequent regime uncertainty.

The next section then traces history back even further, reviewing the evolution of macroeconomics after World War II.  Koppl claims what he calls “hydraulic Keynesianism” is winning the day.  A particular interpretation of Keynes, it viewed the economy as comparable to a plumbing system with policymakers able to fine-tune unemployment and inflation by adjusting government spending or the interest rate.  Hydraulic Keynesianism was discredited by Milton Friedman and the rational expectations revolution.  Friedman  pointed out that nominal variables have no long-term effect on real variables while rational expectations were positing that people would react to government policies and not merely exist as pieces on a chessboard.

Koppl then delves into several modern theories of recessions.  He considers animal spirits, the view that people undergo random bouts of optimism or pessimism that trigger booms and busts.  He dismisses this as inconsistent with economic reasoning.  He also offers a brief overview of complexity dynamics, arguing it is a superior alternative to standard dynamic stochastic general equilibrium (DSGE) modeling.

In the second half of the monograph, Koppl gets into the real meat of his contribution.  He offers a theory of confidence that he combines with his previously articulated theory of big players to explain the continued slump.  Big players set prices, are immune to market discipline of profit and loss, and act on discretion.  They act to increase regime uncertainty, raising the cost of investment.

The paradigmatic example of a big player is an activist central bank.In Koppl’s story, the initial crash is caused by an artificially low interest rate.  However, the subsequent lack of recovery is explained because big players combined with government regulation cause regime uncertainty which lowers confidence.

After offering his theory, Koppl applies it to the Great Recession, demonstrating how actions by the central bank, as well as the government, exacerbated the crisis.  Dodd-Frank, which created a regulatory agency with great discretionary power, is especially guilty of creating uncertainty.  Further, violations of the rule of law created an environment where investors did not know whether they would be able to benefit from their investment or if the rules would change destroying the value they tried to create.

Lastly, Koppl offers potential solutions to get us out of the slump and ensure the potential for long-term growth.  He focuses on returning to the rule of law, arguing for a monetary constitution, sustainable fiscal policies, and a reduced regulatory burden.

Overall, Koppl provides a good introduction to different macroeconomic schools of thought as well as an innovative new theory to explain the continued slump.  The overview of macroeconomic schools of thought is one of the best I have read.  Koppl’s focus on the lack of rule of law in modern financial regulation has long been needed.  However, the ambition of the monograph makes it unwieldy. In covering so many subjects, it ultimately ends up suffering in the exposition of certain ideas.

Indeed, the monograph as though it could have been split into two separate volumes — first, a history of macroeconomic thought and, second, an original theory on the Great Recession. Such a separation would have allowed for further elaboration, as well as clarifying the intended audience.  Considering that it serves as both a primer on recession while offering an original theory, it is unclear if the book was ultimately meant for laymen or academics.

In short, From Crisis to Confidence provides both a useful primer and original contribution to macroeconomic theory. However, its ambitious aim to accomplish both goals ultimately leaves the reader craving more details from each side of the equation. But, perhaps the best type of monograph is one making the reader want more.