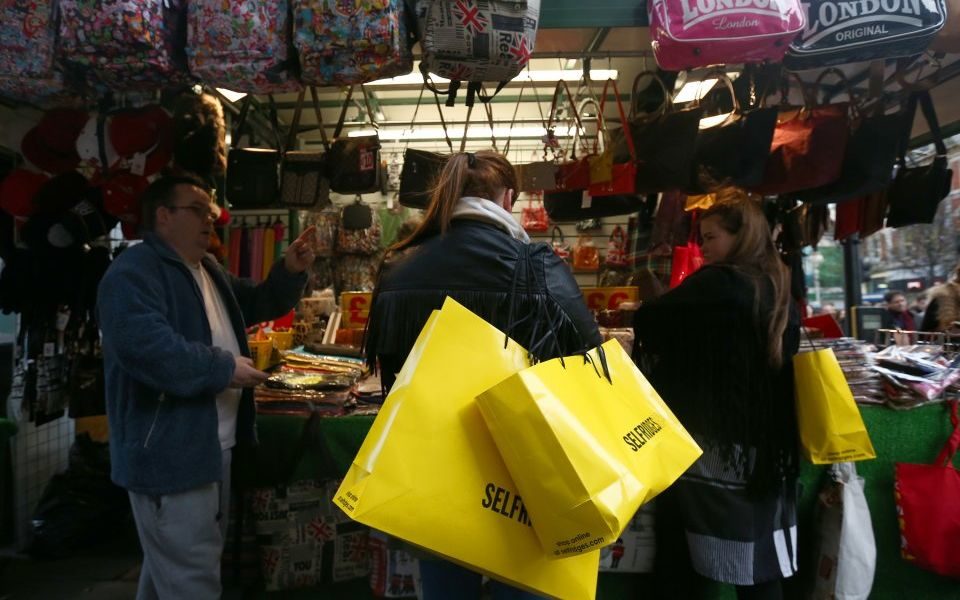 The UK retail sector has suffered its worst Christmas in a decade as sales stagnated during the crucial festive period, despite a string of positive updates offering a glimmer of hope.

Overall retail sales were flat in December, the lowest level of growth since April and the worst festive performance since 2008, according to figures published today by the British Retail Consortium (BRC) and KPMG.

The sluggish figures will make for grim reading for the retail sector, which is struggling to cope with a decline in footfall due to digital competition, as well as a rise in business rates and growing wages.

John Lewis, Ted Baker, Joules and Shoe Zone are among the retailers to have defied jitters with better-than-expected Christmas sales.

There was more to celebrate in December for grocery retailers, with food sales rising 1.8 per cent as consumers indulged over the winter break. But overall sales during the crucial month of December spell trouble for retailers as they head into the new year.

BRC chief executive Helen Dickinson said: “The worst December sales performance in ten years means a challenging start to 2019 for retailers, with business rates set to rise once again this year, and the threat of a no-deal Brexit looming ever larger.”

The rise of online retailers has taken its toll on high street footfall, while brick-and-mortar outlets have also felt the impact of consumer caution caused by political uncertainty in the run-up to Brexit.

In December Sports Direct tycoon Mike Ashley slammed the government’s policy of providing £900m in business rates relief for small businesses, arguing something “radical” must be done to avert the crisis on the high street.

And while some retailers have reported a growth in sales over the Christmas period, heavy discounting means profits may still have suffered.

“As many retailers report their festive trading performance, the list of winners and losers will become clear, but winning means more than just improving sales,” said Paul Martin, UK head of retail at KPMG.

“Retailers have to protect their margins in order to deliver a profitable festive season,” he added.

Analysts have also pointed to the rise of Black Friday as a source of woe for stores, with the November sales extravaganza shifting discounts to earlier in the year and impacting stock control for retailers.

Natalie Berg, retail analyst at NBK Retail, described 2018 as an “apocalyptic year” for the sector.

“Fortunately for retailers there was a late surge, but even this came at a cost – a worrying number of fashion chains were running 50 per cent off sales in the final days to Christmas,” she said.

“Too many retailers were buying sales, giving away margin at a time when shoppers should, in theory, be paying full-price.”