Retail round up: What’s happening on the high street? 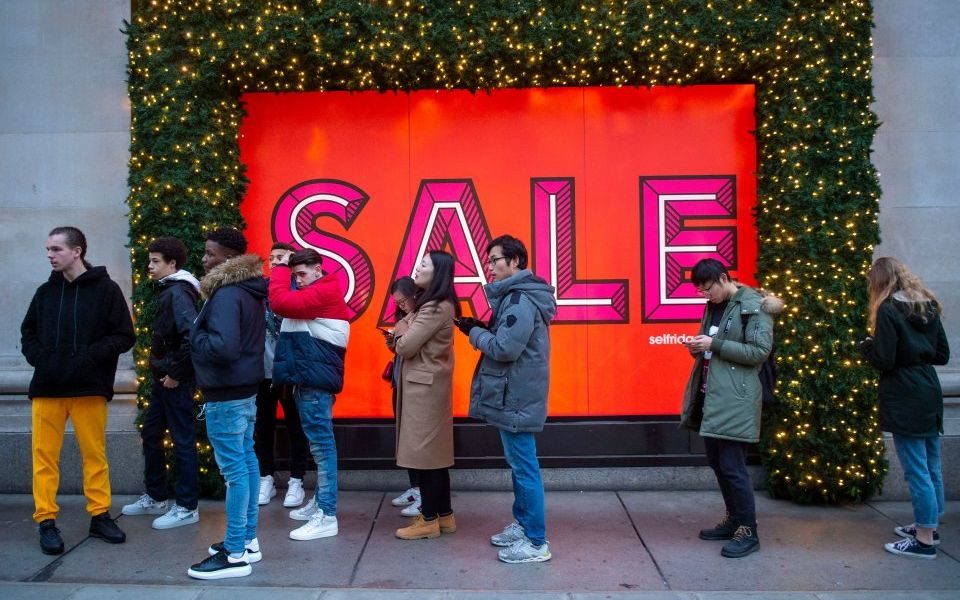 Not as bad as it could have been. That’s the general feeling about high street performance over Christmas after major retailers and the supermarkets published their festive figures this week. The British Retail Consortium says that 2018 was the worst Christmas for retails for 10 years but, as ever, the figures show there are winners and losers.

John Lewis, Next and Dunelm all bucked gloomy expectations to report good Christmas takings. Discounters Aldi and Lidl also had a strong festive period, reporting record market share. But it wasn’t all good news, with a record-breaking year for companies entering administration. And, even the good news wasn’t as good as recent past performances.

So, what is going on with the High Street, and what can we expect for 2019?

Expectations were low for Next Plc (NXT) and John Lewis, with both retailers experiencing a lacklustre run up to Christmas. Next was saved by an overall increase in sales of 1.5 per cent over the festive period, with a 13.6 per cent rise in online sales in Nov 1 to Dec 24, offsetting a 6.1 per cent fall in store sales in the same period. Although Next’s share price rose on the figures, it is still cautiously priced. While it remains a risky buy, its efforts to prioritise online sales – the key area of High Street growth – means we could see more upward movements in the price.

John Lewis, meanwhile, was saved at the last possible moment with a surge in Christmas Eve sales. The department store had flatlined YoY in the 22 weeks before Christmas, but the week ending December 29 saw total sales rise 4.5 per cent. Last-minute shoppers pushed sales of gift food 103 per cent up and beauty wellbeing & leisure 25 per cent up YoY. However, margins remain under pressure and this could be the first year since 1953 that partners don’t receive their Christmas bonus.

Efforts to refocus paid off for Dunelm (DNLM): After closing underperforming brands, the furniture and homeware store saw revenue growth of 2 per cent over the festive period. Q4 earnings were £303.6m – a YoY boost of £6m – and LFL sales grew 9 per cent to £282.5m. It looks like the retailer’s efforts are paying off, with a surge in share price in early trading following the update. With cautious optimism for the rest of 2019, despite Brexit uncertainty, the trend for Dunelm is likely to continue upward.

But, despite causing a lift in shares across retail, the Christmas boost wasn’t felt across the High Street as a whole. Store sales dropped 1.9 per cent in December YoY, the sixth successive December to record negative growth according to BDO. In fact, with 11 consecutive months of LFL negative sales growth, 2018 was one of the worst years on record for the high street. Even retailers who performed well (like Next and Joules) were saved by their online offerings.

As expected, the results from Debenhams (DEB) and M&S (MKS) were poor, but they seem to have avoided profit warnings so far. Over the six weeks to Christmas, Debenhams saw LFL trading fall 3.4 per cent, while the UK dropped 3.6 per cent. For the 18 weeks to Jan 5th, LFL sales were down 5.7 per cent, compared to a drop of 6.2 per cent in the UK. There was a first half margins warning, but that could turn into a bigger kind of warning if the next few months don’t deliver.

Marks and Spencers results were not as bad as forecast. Q3 Online sales was the only bright spot (up 14 per cent) compared to low single digit falls across Food and Clothing & Home as store closures bite. The full year guidance remains unchanged so M&S is not out of the woods, but the retailer has seen off worst in the past.

It’s not just Debs and M&S struggling. A record number of retailers entering administration in 2018 – 125 according to Deloitte – a 6 per cent increase on 2017. Unsurprisingly, both Debenhams and Marks and Spencer are some of the most shorted stocks in the FTSE. While both are making efforts to turn things around, they have a long way to go yet.

Another Record Christmas for Grocers

It wasn’t just the retailers who recorded a Christmas worth celebrating, it was no surprise that discounters Aldi and Lidl won the war of the Christmas supermarkets. In the 12-week festive period, two-thirds of households shopped at the German discounter stores, giving them the highest-ever combined Christmas market share of 12.8 per cent.

The big four supermarkets certainly felt the pressure this Christmas, with Tesco (TSCO), Asda, Sainsburys (SBRY) and Morrisons (MRW) all experiencing a drop in market share in the 12 weeks to December 31 compared to the previous year.

However, Tesco came out on top when it came to the supermarkets. Q3 LTL sales were soft, at 0.7 per cent YOY compared to 2.3 per cent over the two previous quarters, but Christmas helped Tesco claw back some gains. The company looks to be turning things around under Dave Lewis, so Tesco could be a good bet.

Morrisons, meanwhile, saw continued strength in its Wholesale arm, but Retail delivered another weak performance. Shares dropped 2 per cent following the figures, and share price is down around 15 per cent since November.

Sainsbury’s was a different story. The numbers from the retailer are, if anything, worse than predicted. Sainsbury’s saw ex-fuel sales drop 1.1 per cent, worse than the forecast of a 0.3 per cent drop. Given the previous six quarters of growth well over the 1 per cent mark, Sainsbury’s should have performed better in the vital Christmas period. With an Argo takeover, possible merge with Asda, the feeling is that management are taking their eye of the ball – and it has shown in these truly woeful figures. Morrisons and Tesco look to have turned things around recently, alongside growing pressure from the discounters, and this is putting the squeeze on Sainsbury’s and it’s difficult to see what the retailer is actively doing to combat them.

Overall, despite its slowest rate of growth since March 2017 (at 1.6 per cent), the grocers still saw a record-breaking Christmas with consumers spending an extra £450m compared to last year. Nevertheless, the slowdown saw shares take a knock. With the discounters snapping at their heels, the big four may need to make drastic changes with limited room for ever-increasing discounts.

All this comes on the back of rising real wages at long last. The latest figures from the Office for National Statistics showed that in the three months to October 2018, wages excluding bonuses were up 3.3 per cent compared with a year earlier. This is the highest rate of growth for a decade.

Plus, with average weekly wages now at £495, wages are the highest they have been since 2011 when adjusted for inflation.

So, with a better than expected Christmas and rising real wages for the first time in a decade, we look to be entering 2019 cautiously optimistic.