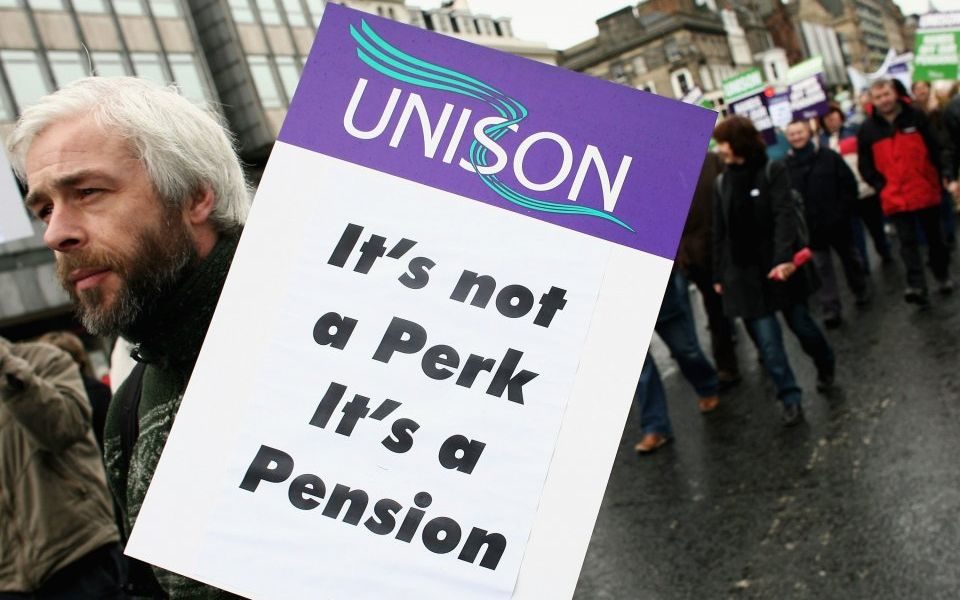 PUBLIC sector pensions are three times more generous than their private sector counterparts, despite being paid for through general taxation, a new study has revealed.

According to the Tax Payers’ Alliance, a 25-year-old employee entering the public sector on the national average wage of £28,600 per annum, would enjoy a far larger a pension pot than if they had gone private.

Upon retirement at 68, the public sector worker would receive an average pension of £17,563, assuming an annual contribution of 8.5 per cent.

Read more: Pension in retirement may face a shock

A private sector worker making the same contribution can only expect to receive £6,412 per year.

In order to make up the difference, the private sector employee would have to make an annual contribution worth one third of their salary.

The discrepancy arises because the government contributes 12.5 per cent of earnings throughout a public sector worker’s career – compared with 4 per cent for a private sector worker.

But this generosity is effectively paid for through taxation, as the government does not set aside any funds to cover the pensions when they fall due.

Read more: Aged 40 with no pension? This is how you might afford the 100-year life

Commenting on the findings, John O'Connell, Chief Executive of the TaxPayers' Alliance, said: "Workers in the private sector are paying for their public sector counterparts to enjoy a retirement they can only dream of, and that disparity has been brutally compounded over the years by politicians continuously launching raids on private pensions.

"What's more, pension promises made to public sector workers are unfunded and will continue to be paid out of general taxation – that is unsustainable as people are living a lot longer than when these schemes were cooked up.

"To stop kicking the can down the road, reforms must ensure that new public sector pensions are properly funded and not paid for by the taxpayers of the future, namely our children and grandchildren."

However the TUC, which represents a majority of trade unions in England and Wales, has described the report as “misleading” and designed to “sow division.”

A TUC spokesman said: “Official figures show that public sector pension costs are projected to fall sharply as a share of the economy.

Read more: Four things pensions experts have had to say about the Budget

"It would be nice if the Taypaxers’ Alliance called for good pensions for all. But they’d rather have a race to the bottom."

A government spokesman said progress has been made since 2010 to close the gap through the introduction of automatic enrolment, the single tier New State Pension and the triple lock.