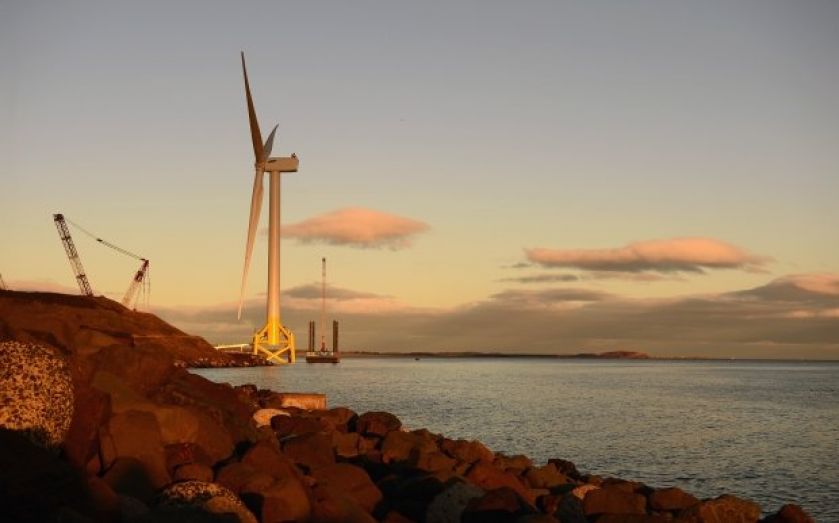 The widespread use of wind and solar energy poses a serious risk to the UK's energy security and could undermine the reliability of the country's energy supply, according to a new report from the Global Warming Policy Foundation (GWPF).

The crisis in Ukraine and Crimea has focused the minds of policy makers on energy security. One of the key arguments for subsidies to renewable energy, has been that fossil fuels are running out and the UK must become less reliant on foreign imports.

However, the GWPF report argues, supplies of unconventional oil and gas have become ever more abundant in recent years.

Far from providing energy security, the intermittent and non-dispatchable nature of renewables, such as wind and solar, mean they are unable to effectively respond to changing demand.

The report points to three factors that show the risk to UK energy security from fossil fuel imports are wildly overblown.

Both oil and gas can be bought securely and safely on the world market. Energy markets have actually proved far more stable than the changing mix of government policies intended to aid renewables. Government policy has in fact become an unreliable guide for the future of the energy mix.

The GWPF point to the cuts in government funding for solar and wind feed-in tariffs and the beginnings of taxes on the profits made by generating electricity with renewables.

Furthermore, when it comes to energy policy, as in most other arenas, government failures are often more far reaching than those of their private sector counterparts. "If the government implements an energy policy that turns out to be a mistake, all market actors are affected because the government normally forces all companies and households to comply with its policies", says the report's author Philipp Mueller.

Large and flexible markets are better able to absorb supply shocks and allow supply and demand to respond to the problem. The GWPF cites the example of Venezuela's oil workers strike in 2002. US consumers were protected by freedom to import and the absence of price regulation.

Fears of energy embargoes are wildly exagerated, according to the report. This is because there is no such thing as a homogeneous national oil market; there is only the global oil market. Oil will naturally flow to where the best price is offered. The 1973 oil embargo against the US failed because oil-producing countries continued to ship oil to Europe and the Carribbean, which was then shipped to the US, breaking the embargo.

The US and many European nations also have considerable stockpiles, which the GWPF believe can meet any "plausible" disruption of supply. Embargoes are also not in the interest of oil exporting countries. The incentive for fossil fuel producing nations is not to hold back from their customers, but to sell them. Oil revenues alone account for up to 40 per cent of Saudi Arabia's GDP.

The third reason why fossil fuel imports provide no credible security threat to the energy supply, is the impact of liquefied natural gas (LNG) technology and the shale gas revolution. LNG can be transported in the same manner as oil or coal, removing the need for pipelines. In the past, gas buyers had few alternatives if natural gas sellers cut their shipments.

However, LNG has gained market share and is increasingly looking like the global oil market. This leaves the ability of countries like Russia to extract concessions from consumers seriously weakened. Thanks to growing demand, falling costs of liquefication and regasification, the next few decades may see the merger of previously regional natural gas markets into a single global gas market.

But the news gets even better for European consumers. America's shale gas boom has meant that LNG supplies, which were originally destined for the US, have now been diverted to Europe. Europeans now have an alternative to Russian and North African gas.

Furthermore, the US Energy Information Administration estimates that Europe's shale gas resources are comparable to those of the US. With abundance of supply and choices of supplier, the GWPF find that policy makers have little to fear from continued large-scale use of fossil fuels.

"Free markets provide better security than government guarantees or interventions and ensure that embargoes fail. For these reasons, fossil fuel imports are no threat to energy security", concludes Mueller.