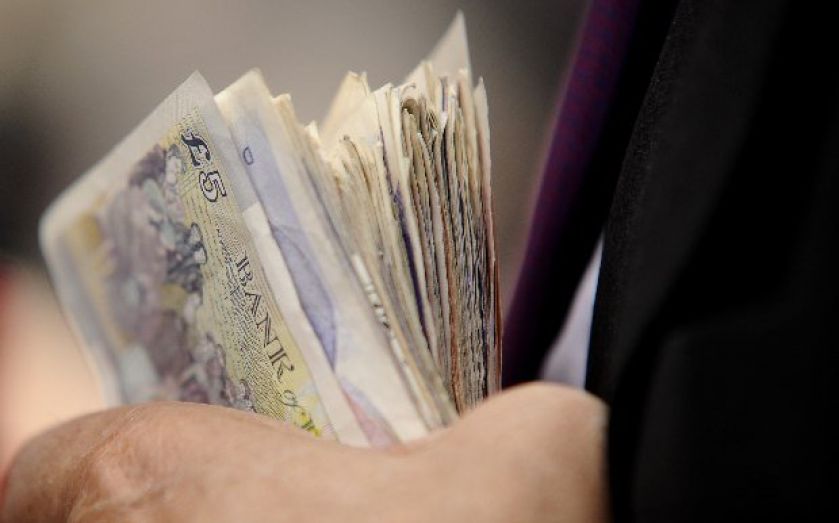 The recovery is still some way off reaching people's pockets, as earnings growth slowed to a meagre 0.3 per cent in the three months to May, according to the Office of National Statistics.
Average earnings for the three months to May fell from a revised 0.8 per cent figure for April to its lowest level since May 2009, coming below consensus estimates of a lower dip to 0.5 per cent.
The 0.3 per cent figure is well  below May's inflation rate of 1.5 per cent, which shows that the cost of living crisis is not easing, with the trend of falling real wages continuing.
According to the ONS, the figure was affected by a steep drop in bonuses compared to last year, when many employers delayed payments until April to take advantage of a cut in top-rate tax.

Excluding bonuses, average weekly earnings rose by just 0.7 per cent annually for the period in question, down from 0.9 per cent and the slowest rate since the statistics agency started measuring it in 2001, "reflecting low pay growth across a wide range of industrial sector".

This means that households continue to feel a squeeze in their purchasing power, as we have not recorded much real wage growth in the last few years – only a brief period of growth during 2010 and a small increase in March.

While a continued downward trend in the unemployment rate, which fell to 6.5 per cent in the three months to May, should signal a continued decline in spare capacity in the economy, average weekly earnings have failed to pick up.

The significant dip in unemployment points to a swiftly improving labour market  and also maintains concerns over UK productivity. This, coupled with inflation increasing close to the Bank of England's two per cent target rate is "seemingly boosting the case for an early raising of interest rates" by the Bank of England, according to Howard Archer, chief UK economist at IHS Global Insight.

"But ongoing very low earnings growth suggests that there is still an appreciable amount of labour market slack with little pressure on inflation coming from pay," he adds.

This goes against the more optimistic expectations from earlier in the year when wages looked like beginning to pick up steam.

"While earnings growth still looks likely to trend gradually up over the coming months and inflation still looks likely to remain just under 2.0 per cent, it is taking longer for earnings growth to move above inflation than had seemed probable earlier in the year. This has to be a constraint on consumers’ ability and willingness to spend," added Archer

What could this mean for the possibility of a hike in interest rates before the end of 2014?