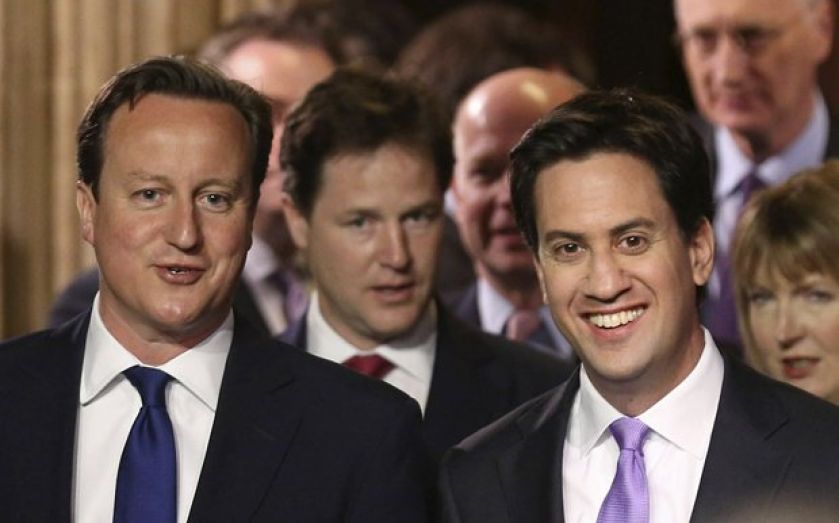 POLITICAL sound-bites can be excruciating. They hang around for a year or two before disappearing when they become untenable. Who can forget Labour’s “too far, too fast”, or the Conservatives’ “global race”? With just over a year to go before the general election, you’ll be depressed to hear the current offerings look entrenched. The Conservatives will extol their “long-term economic plan” and Labour will condemn the “cost of living crisis”.

Both these sound-bites are a window into the sorts of emphasis and policies the parties will outline at the election. For the Conservatives, the “long-term economic plan” will be further progress on deficit reduction, in a way that avoids further significant tax rises. Tax cuts on income and business will be emphasised. Positive labour market news will be heralded and full employment targeted as a key ambition. There will be lots of talk about international competitiveness.

Labour’s “cost of living crisis” will speak of the reduction in real incomes since the crisis, laying the blame at the coalition’s door. It will emphasise the cost of energy and housing, with pledges to freeze energy bills and for the state to build more homes. It will blame industries for “ripping people off”, and advocate more state control of the economy. The promise will be that government can create a “high productivity, high wage” economy.

Yet neither of these policy platforms deal with the scale of the challenges we face. Yes, the Conservatives are reducing the deficit – but the reason this is now part of a long-term plan is because it’s taking them so long to do it. By 2014-15, the deficit will still be £96bn and many of the tough decisions on spending have been kicked into the next Parliament.

A flexible labour market, welfare reform and tax cuts for those on low incomes have combined to assist in creating strong labour market outcomes. But what is needed, in the long term, for improvements in living standards is productivity growth. “Productivity” didn’t get mentioned in the 2014 Budget. Output per hour lags the average of the G7 group of leading economies by some 21 per cent. The Office for National Statistics has calculated that 75 per cent of the UK’s poor productivity performance in recent years can be attributed to the finance, oils, and utilities sectors – all areas where new regulations or taxes have been applied by this government. Substantial pro-growth tax reform, vaunted in opposition, is forgotten.

While the Conservatives ignore the key issue of productivity, Labour’s “cost-of-living crisis” has focused on the squeeze on real incomes. Yet that squeeze now seems to be coming to an end. As the labour market tightens, wage growth should outstrip inflation.

But where Labour has a point is that different groups face different cost pressures. Housing, energy and childcare in particular are far too expensive. The problem is that much of this is down to existing government interventions, like planning restrictions, the green agenda and excessive regulations on child minders. But Miliband’s solutions are yet more controls – the state setting more prices and wages, a state-led industrial policy and taxpayer-subsidised childcare.

In sum, we need to restore sanity to the public finances while creating the competitive market conditions that lead to productivity growth and cheaper essential goods. The Conservatives aren’t talking enough about the supply-side reforms necessary, while Labour is wedded to notion that the state is the solution – when in many instances it is the problem.