RBS raises dividend on booming profits, but warns on cost of Brexit 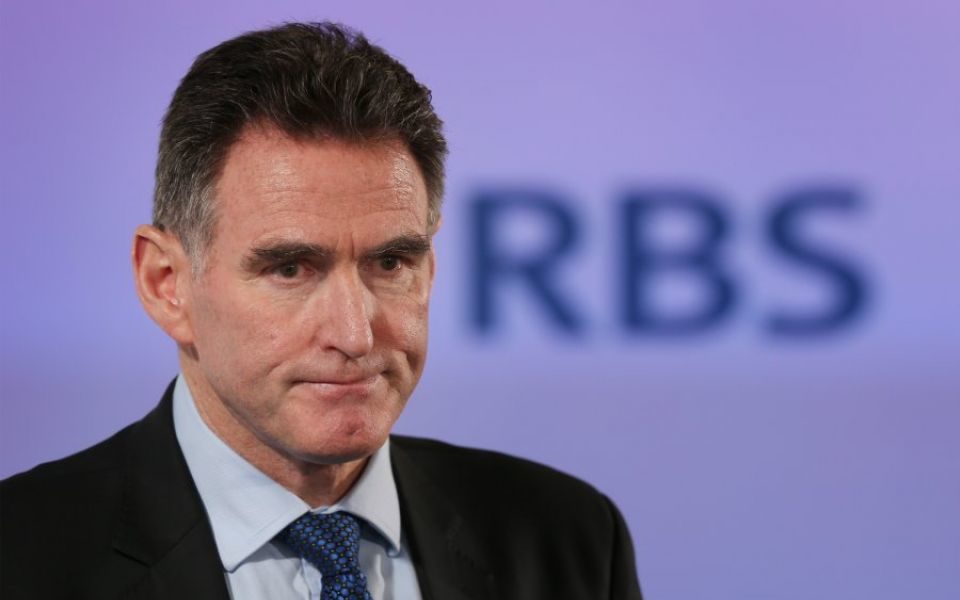 Royal Bank of Scotland (RBS) boosted its dividend today on the back of doubling profits, but warned that Brexit could hit the bank’s recovery.

The bank said it would return £1.6bn to shareholders, including almost £1bn to the government, which holds a 62 per cent stake in RBS following its financial crisis bailout.

Chairman Howard Davies warned Brexit uncertainty had "gone on too long" and that the bank's would have to start implementing its costly contingency plans – a new entity in Amsterdam and two branches in Frankfurt – regardless of the outcome.

Revenue climbed two per cent to £13.4bn over the same period, as RBS hiked its dividend by two-thirds as it plans to return £1.6bn to investors and close to £1bn to the government.

Investors will see an annual dividend of 3.5p and a special dividend 7.5p, which – including an interim dividend – takes the total dividend to 13p per share.

But RBS chief executive Ross McEwan said that “with the uncertainty in the economy, income remains under pressure” as it carries extra costs to guard against any Brexit fallout.

The bank said achieving a cost-to-income ratio of less than 50 per cent by 2020 was becoming "increasingly challenging" due to a combination of economic and political uncertainty as well as Brexit costs.

Bonuses were also reduced by two per cent to £335m over the year, which RBS said reflected the transition to a "smaller and simpler" bank.

The bank has set up a subsidiary in Amsterdam and in the final stages of securing licences for two branches in Frankfurt in order to, among other things, continue clearing of euro payments.

RBS said it makes around 300,00 cross-border payments each day at a total value of €50bn (£44bn), which could be at risk in the event of a no-deal Brexit.

Initially the "costly" contingency plans were designed to be ready to go in the event of hard Brexit.

But chairman Howard Davies said the contingency plans would now be implemented regardless of the outcome as the Brexit process has "gone on too long" for the bank to sit and wait for clarity.

Laith Khalaf, analyst at Hargreaves Lansdown said: "RBS is pulling all the levers within its reach, but political and economic conditions leave sentiment towards the bank at a low ebb.

"Restructuring costs and misconduct charges are disappearing in the rear-view mirror, while rising profits combined with a nice dividend will be applauded by shareholders.

"However in a weak economy, the top line isn’t growing, once you discount one-off items."

For the first time since the financial crisis Royal Bank of Scotland is feeling sufficiently confident to pay a special dividend.

“This feels like a significant moment given there would have been times in the last decade or so when shareholders would have welcomed an ordinary dividend let alone anything on top."

He added: "While RBS looks like it is out of the emergency room, there remain question marks over just how healthy the underlying business is. Here the outlook looks somewhat less positive."