Radical climate protestors are beginning to resemble a cult 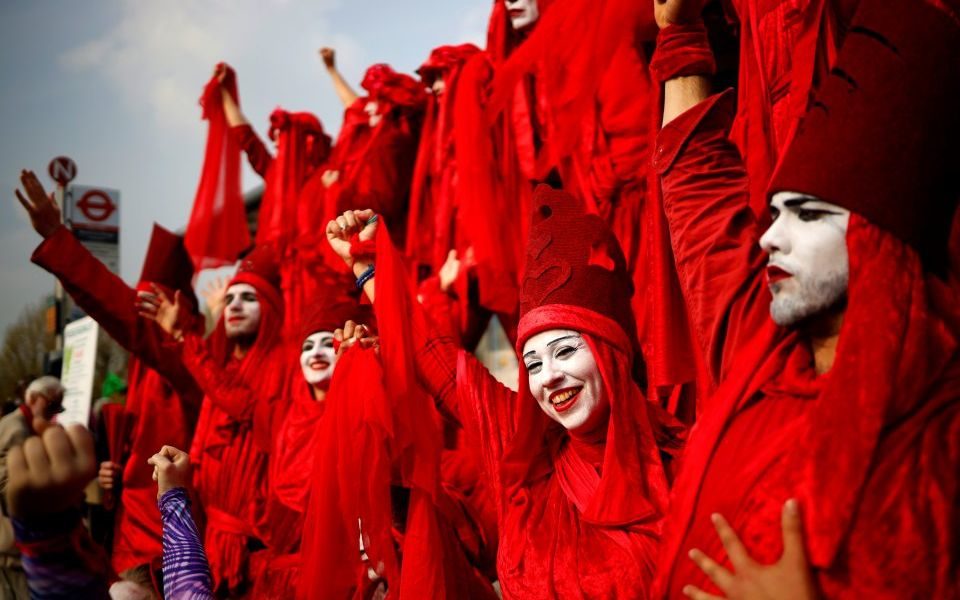 Climate change is not a fringe issue, nor is it suffering as a topic from a lack of attention.

It is taught in schools and debated extensively in the media. It occupies a central position in policy-making and increasingly commands the attention of businesses and the investment community. The governor of the Bank of England, Mark Carney, has probably made more speeches on the environment than he has on Brexit.

So it is odd to hear the leaders of the Extinction Rebellion protest movement declare that their civil disobedience is required in order to bring the issue to public attention. There is an arrogance at the heart of this radical movement. Hundreds of thousands of Londoners have had their journeys and their plans upended by what Sky News anchor Adam Boulton described yesterday as “middle-class, self-indulgent people who want to tell the rest of us how to live our lives.”

The group responsible for causing so much disruption are not simply trying to raise the profile of the climate change challenge; they have very specific demands. These were articulated on Sky New yesterday by one of their spokespeople, 21 year-old Robin Boardman-Pattison, who called for air travel to be restricted to emergency use only and for the UK economy to decarbonise completely within six years. The group also demands that our parliamentary democracy be swept away and replaced with a “people's assembly.” Little wonder Boulton went on to tell Boardman-Pattison that he sounded like “a right-wing fascist.”

Other members of the group declare they are so concerned about our environmental future that they will not have children. Their activism is taking on cult-like status. One of the most pernicious ideas advocated by radical climate activists is 'degrowth' – the idea that developing countries must forgo improvements in living standards as part of this great crusade.

Meanwhile, in the real world, an increasing number of financial institutions are putting climate concerns at the heart of their investment decision making. Consumer (and shareholder) priorities are shifting along similar lines. You can argue the City is late to the party but you can't deny that it's starting to take seriously its responsibilities.

Legal and General manages over £1 trillion in assets and says it wants to use its might to avoid “a climate catastrophe.”

This is likely to have a far greater impact than dancing on Waterloo bridge.