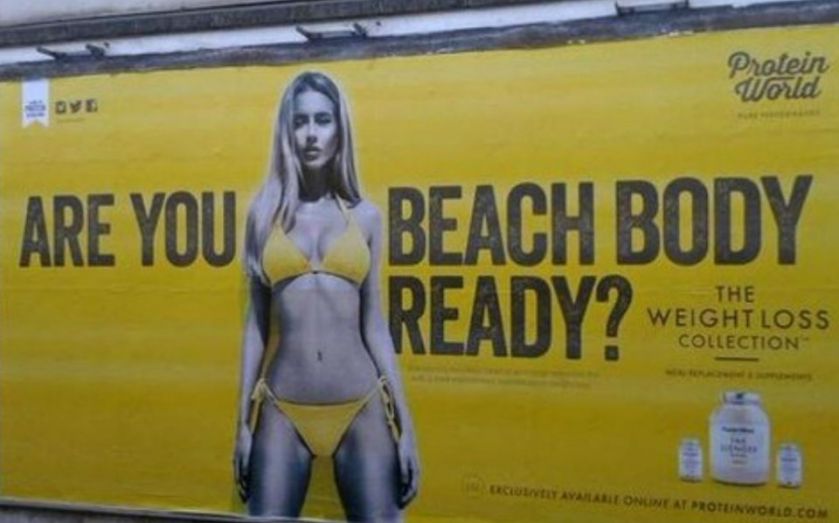 A controversial billboard poster which appeared on the London Underground asking "Are you beach body ready?" is not offensive, the advertising watchdog has ruled.

Protein World 's advert which also featured a woman in a bikini caused outrage over its depiction of women and claims of sexism and body-shaming. A petition on Change.org gained more than 70,000 signatures and the Advertising Standards Authority (ASA) banned the ad while it launched an investigation.

The ASA has now ruled the ad was not offensive or irresponsible after receiving 378 complaints. The ad watchdog said:

We recognised that "beach body" was a relatively well understood term that for some people had connotations of a toned, athletic physique similar to the image of the model in the ad. We considered that it also had a broader meaning – that of feeling sufficiently comfortable and confident with one's physical appearance to wear swimwear in a public environment.

We considered the claim "Are you beach body ready?" prompted readers to think about whether they were in the shape they wanted to be for the summer and we did not consider that the accompanying image implied that a different body shape to that shown was not good enough or was inferior. We concluded that the headline and image were unlikely to cause serious or widespread offence.

It also ruled the ad was not irresponsible in leading women to believe "women who had different body shapes into believing they needed to take a slimming supplement to feel confident wearing swimwear in public".