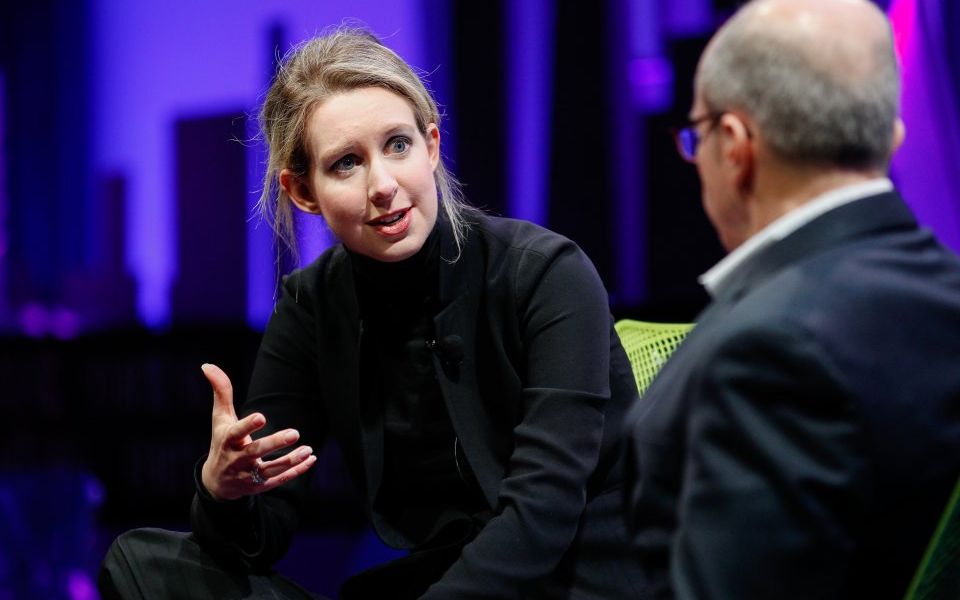 The spectacular downfall of Theranos, the US healthtech company, makes a terrific story: a disrupter startup run by a university drop-out, who modelled her persona on Steve Jobs (right down to her black turtleneck sweaters), and became a virtual messiah figure for many in Silicon Valley.

For those who aren’t familiar, Theranos promised cheap, accessible, pain-free finger-prick blood tests that could find up to 70 different markers in a single drop of blood. Results were delivered to your phone within hours.

Elizabeth Holmes, who founded the company when she was 19, was bright, articulate, and swiftly conquered both investors and the media.

Read more: From Tesla to Theranos, beware disrupters promising to save the world

By 2014 Holmes had raised $400m in investment. She featured on magazine covers, including Forbes and Fortune, and was profiled in The New Yorker. At its peak, the company employed almost a thousand people, and was valued at $9bn – Holmes herself at $4.5bn.

Everything was rosy, until the Wall Street Journal’s John Carreyrou started to investigate and found, eventually, that the claims were false; the tests didn’t work, and far from using its own “revolutionary” technology, Theranos was relying on off-the-shelf devices used by all the other companies.

Thanks to his work, the company is now defunct. Holmes is bankrupt, facing fraud charges that could see her spend decades in jail.

But at its heart, this is not a parable of the dangers of charismatic charlatanry, nor even of the near-messianic faith we currently place (sometimes misplace) in technology.

It is a story of corporate governance failure. What alerted Carreyrou that something could be wrong with Theranos was not the extraordinary claims or the even more remarkable finances, but the obsessive secrecy – and a governance structure.

Theranos had a dual-class shareholding structure that gave Holmes 100 votes for every vote held by other shareholders. She was not just founder, but chief executive and chair. She retained total control of the composition of the board, and though its members were undoubtedly impressive in their fields, those fields were political and military, not medical or financial. There was no oversight.

The good news is it is highly unlikely that this could have happened in Britain. The UK Corporate Governance Code requires a clear division of responsibility between running a board and the executive running a company’s business. In other words, no individual can have unfettered power of decision the way Holmes did.

It further requires boards to have an appropriate balance of skills, experience, independence and knowledge, and for there to be a rigorous, transparent procedure for appointing new directors. Britain is hardly immune from corporate failure, but the Code would have safeguarded against a fiasco as dramatic as Theranos.

The Code was written at ICAEW’s headquarters after the Cadbury Report in the 1990s, a response to major corporate scandals like Polly Peck, BCCI, and Robert Maxwell. The recommendations were controversial then, but are now regarded as best practice, and the UK Code is emulated worldwide.

To this day, Britain’s chartered accountants continue to lead the world in supporting transparency and the flow of reliable information between management, boards, shareholders, regulators and other stakeholders.

Investors reportedly lost over $600m in the collapse of Theranos, and many thousands of patients may have received incorrect blood test results, with potentially life-threatening consequences. When we think about technological progress in sectors from medicine to law to energy, it’s easy to get carried away and lose sight of business fundamentals. But this is one area where the UK excels.

It may not be “sexy” in the way biotech disruption and buccaneering finance are, but solid corporate governance can save billions – and lives.