While cold weather and a six per cent increase in energy prices in November last year boosted British Gas Residential operating profit by three per cent to £356m, the increases were moderated by “significantly higher” environmental and commodity costs. Full year operating profits for this part of the business is forecast to be broadly in line with expectations.

However, the boost in profits is likely to spark some controversy, with some campaign groups calling for price cuts, despite its promise to simplify tariffs and stabilise prices.

With our customers using more gas to stay warm during the unusually cold winter, we're doing everything we can to help them keep their energy costs under control and make bills simpler and clearer.

But Tom Lyon, energy expert at uSwitch, says customers will be worried:

The fact that British Gas has absorbed increasing costs so far this year will be of cold comfort to consumers who may be fearing the worst – especially with rumours of price rises. Profits are up from last year, so we would urge British Gas to help quell customer’s fears and go one step further from its May pledge and commit to a price freeze for the rest of the year.

Energy price increases over the past nine years as calculated by uSwitch: 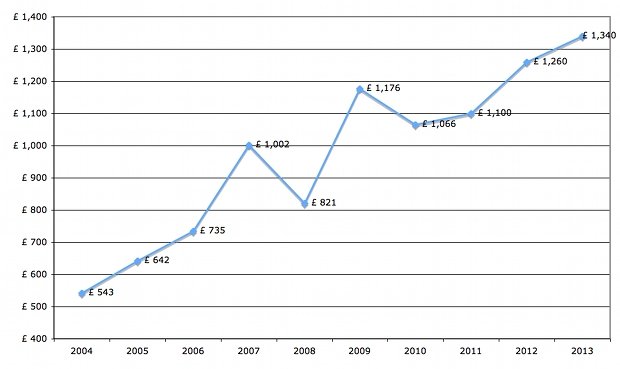