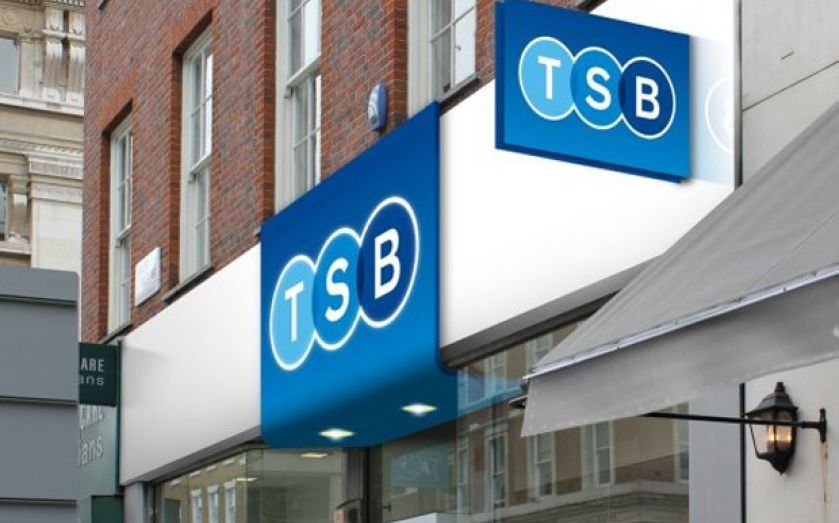 LLOYDS has reportedly received a number of approaches from private equity firms looking to buy its TSB business, which was split from the state-backed bank earlier this month.

US-headquartered firm JC Flowers is among the interested parties, according to the Sunday Telegraph. New York-based AnaCap is also believed to have expressed an interest. The approaches are said to be at an early stage but are understood to have been taken seriously by Lloyds management.

Lloyds is being forced to divest TSB by the European Commission as part of its 2008 bailout deal. TSB – which has 631 branches and 4.6m customers – is being primed for a stock market flotation at the beginning of next year, but it is believed that chief executive Antonio Horta-Osorio would also consider a trade sale.

The Co-op Bank had planned to buy the branches, but the bid failed because the mutual group was struggling with a £1.5bn capital hole.

A Lloyds spokesperson would not confirm to City A.M. that the bank had received any approaches for TSB but said via email: “We’re progressing towards an initial public offering of TSB next year but will consider any offers that would provide greater certainty or value to our shareholders.”

TSB recently unveiled its rebranded high-street sites. When it is fully sold off from Lloyds, the 631 branches will represent a new competitor on the high street and has pledged to focus on local, traditional retail banking.

Meanwhile the re-privatisation of Lloyds began last week, after the government sold a six per cent stake in the bank to institutional investors for around £3.3bn, making a profit for the state and cutting the national debt by over £600m.

After the successful sale, chancellor George Osborne said the remaining 32.7 per cent could go to retail investors, raising the prospect of Thatcher-style popular capitalism.