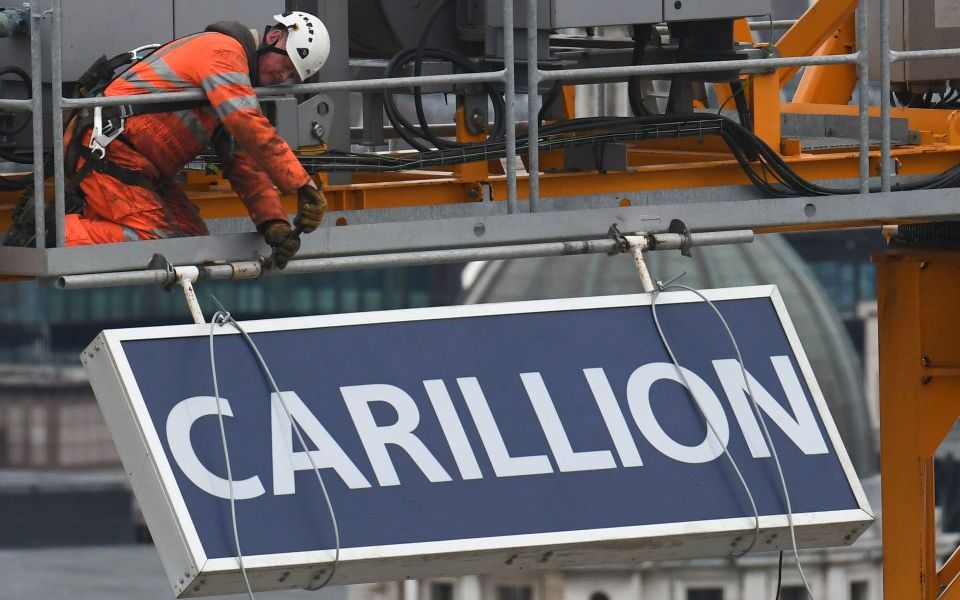 The UK’s competition body has been told to “bare its teeth” and investigate breaking up the Big Four accountancy firms, as it prepares to announce a decision on whether it will investigate the sector.

Three senior politicians from across the main parties have called on the Competition and Markets Authority (CMA) to find ways to end the dominance of the audit sector’s biggest firms – Deloitte, EY, KPMG and PwC – whose grip on the market has been the subject of scrutiny in the wake of the collapse of construction giant Carillion.

Vince Cable, leader of the Liberal Democrats, told City A.M.: “It’s time that the CMA bared its teeth. The audit market has had too many structural problems over far too many years for it to be soft on the Big Four.”

Rachel Reeves, Labour chair of the influential Business, Energy and Industrial Strategy (BEIS) Select Committee, said the CMA must “come forward with remedies that can boost competition”, describing audit as a “failing market”.

Their views were echoed by Conservative Charlie Elphicke, a member of the Treasury Select committee, who said: “It’s clear the lack of choice competition in audit and accountancy is causing serious problems. The CMA should now take action and launch a review.”

The sector is holding its breath for an announcement from the CMA, who met with stakeholders over the summer as the UK’s biggest audit firms sought to swerve a full-blown competition investigation.

The CMA has two main choices if it decides to look at the sector: a full-blown, two-year market investigation that would grant the competition body extensive powers, or a lighter, six-month market study – which could precede an investigation.

Cable, the former business secretary, said: “The CMA must make a serious assessment into the potential benefits of breaking up the Big Four, in particular separating consulting operations from core audit work. Too much of the market is concentrated in too few hands and the potential for conflicts of interest through the firms’ additional and highly lucrative consulting work is clearly far too great a risk.”

The CMA’s decision will be influenced by the findings from a joint report of the BEIS and Work and Pensions Select Committees into the failure of construction firm Carillion at the start of this year, which recommended the CMA begin a review, that “should explicitly include consideration of both breaking up the Big Four into more audit firms, and detaching audit arms from those providing other professional services.”

Reeves, who co-chaired the inquiry into Carillion, told City A.M.: “The audit market needs fixing”, calling the construction firm’s collapse in January “only the latest accounting failure to highlight that the dice are loaded in the Big Four’s favour, enabling them to make a killing in fees advising struggling companies how to turn them round and then pocketing millions tidying up when that advice fails”.

“Even the Big 4 are now seeing the writing on the wall and waking up to the realisation that business cannot go on as normal,” she said. “Investors are losing faith in the accounts, there is a woeful lack of competition in the market and consulting and auditing relationships exist that are far too comfortable for the public or investors to expect any real challenge.”

The boss of sector watchdog the Financial Reporting Council (FRC), Stephen Hadrill, called for a CMA investigation in January, and in April the CMA’s new chair, Andrew Tyrie, said a lack of competition in the audit market “certainly” needed to be looked at, claiming the Big Four “can smell the coffee” and adding “many would argue…that what we’ve got now constitutes an oligopoly.”

In late August, a delegation lead by the Institute of Chartered Accountants in England and Wales (ICAEW) – including representatives of of the Big Four and the next tier of mid-size accountancy firm – spoke with the CMA to present their suggestions for change.

There are a broad range of remedies the CMA might suggest, including the establishment of a government body to make private audit appointments, a cap on market share for firms, mandatory tech-sharing schemes, joint-auditor setups, and restrictions on what other services firms can offer to their audit clients.

A CMA spokesperson said: “The CMA is continuing to monitor the audit sector to decide whether to take further action.”

It will be second time in recent years that the sector has faced review: in 2013, CMA predecessor the Competition Commission undertook an extensive review, which proposed statutory 10-year audit tendering and mandated increased reporting. The House of Lords also conducted an investigation into the sector in 2011, which warned of an “unacceptable” restriction of choice if the Big Four were whittled down to three.

Shadow chancellor John McDonnell has backed a break-up, describing the sector as a “cartel”. Labour has commissioned its own “radical” review of the sector, spearheaded by Professor Prem Sikka, an academic at the University of Sheffield.

All of the Big Four were linked into Carillion’s collapse in some form: KPMG as external auditors, Deloitte as internal auditors and EY tasked with turning around the struggling giant’s finances. When the company at last faced liquidation, PwC – though it had offered advice to Carillion at several points – was able, as the last remaining major auditor, to “name its price” to manage the collapse, the committees found.

In the summary of their investigation into Carillion’s collapse, the joint committees recommended that the government refer the sector to the CMA for review, which it said “should explicitly include consideration of both breaking up the Big Four into more audit firms, and detaching audit arms from those providing other professional services.”