Post-Maybot, the Tories are on the hunt for a likeable leader 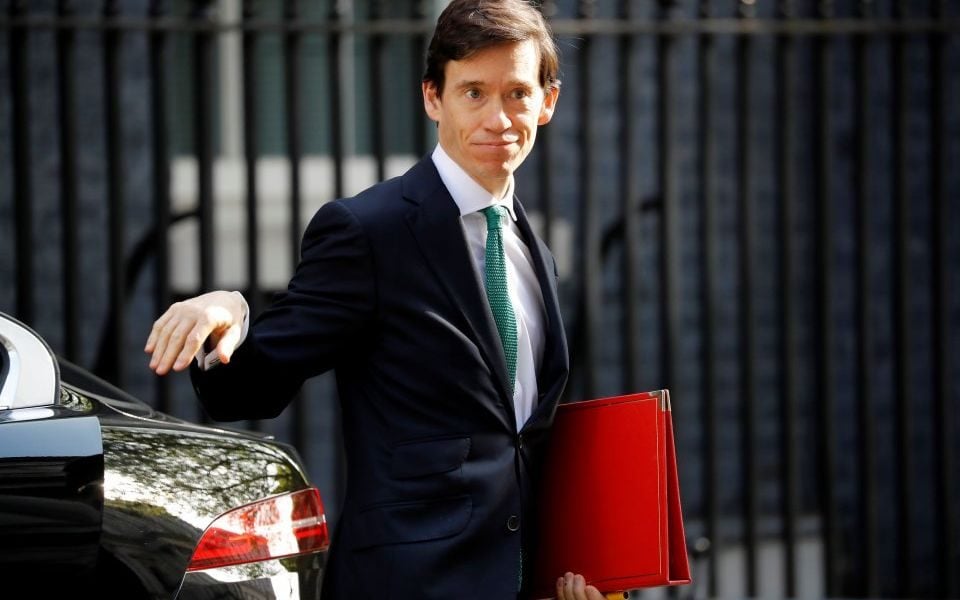 Every Tory leadership election has a flavour. In 2016, after childishly airing our dirty laundry to our European neighbours during the bitter referendum, a sheepish UK was looking for a “grown-up”.

Six years of boyish David Cameron making rash decisions on behalf of the country had taken its toll on the Conservative party, and the time had come to find a sensible, salt-of-the-earth politician who would bring the national heart rate back down to normal.

Theresa May, a shy vicar’s daughter from the Home Counties who refused to engage in tea room gossip, fit the bill perfectly. Andrea Leadsom, who blurted out something silly in an interview and allowed her rogue campaign manager to organise a “fun” rally around Westminster, never stood a chance.

In 2019, after three draining years of the Maybot, the flavour has changed dramatically. Dry professionalism is out, likeability is in.

Conservative hopefuls now believe that the only way to beat the resuscitated Nigel Farage and his emergent Brexit Party is to play him at his own game.

While they can’t quite bring themselves to peddle his gung-ho visions of post-Brexit Britain (most are still very wary about the prospect of no-deal), they can and will do everything in their power to prove to the country that they too would make a decent drinking buddy.

To stand a chance of stopping the Brexit Party in its tracks (the thinking goes), the Conservatives need not another colourless technocrat, but a charismatic amateur. The rules of the game are very different to last time, and different characters are likely to fare well.

Rory Stewart, the freshly appointed international development secretary who no one outside of the most insular Westminster circles had even heard of a week ago, has grasped what is required of him very quickly indeed.

Rather than miring himself in the Brexit bog by making long, dry speeches on why a deal with the EU is necessary to secure economic stability, he has been trekking up and down the country with a wobbly “hand-held” camera, flashing a toothy, slightly lopsided grin to the public and inviting people to “chat”.

It doesn’t hurt that he looks like Eddie Redmayne would play him in a future biopic about his time running a province in Iraq, either.

Social media savvy James Cleverly, the only Tory MP who can use slang without making people squirm, is also likely to rack up some points. So is Matt Hancock, the young health secretary roundly mocked last year for his endearing attempt to create his own social media app (innovatively named “Matt Hancock”).

Michael Gove, Jeremy Hunt, and Dominic Raab, on the other hand, might well suffer.

Gove, though an excellent orator in the Commons, has an affected, idiosyncratic way of speaking in interviews, and his monumental politeness never quite spills over into charm.

Hunt, a talented linguist and a slick performer on the international stage, has a whiff of the technocrat about him, and months of flip-flopping over deal-or-no-deal has tarred him with the slimy brush.

Meanwhile Raab, though he has youth and looks on his side (at least by politician standards), started his campaign on the wrong foot entirely.

An awkwardly choreographed video posted to Twitter, in which he stares at a group of people basking in the sun before turning to the camera and saying: “Fairness – for me that word means cutting taxes for the lowest paid”, has gone viral for all the wrong reasons. The former Brexit secretary is now perilously close to becoming Maybot 2.0.

Boris Johnson, of course, is the clear frontrunner, but he is also the great unknown.

If his campaign manager Lynton Crosby (who won him two London mayoral races, as well as master-minding the 2015 General Election for Cameron) allows him to be his buffoonish self, it’ll go down well.

But cautious Crosby, who normally deals in slick, professional campaigns, may opt to try to keep Boris on a tighter leash, especially given his candidate’s propensity for colourful provocativism.

The biggest issue for Boris, however, is the very factor that makes so many people confident he’s a shoe-in to be the next Prime Minister.

A likeability contest will naturally favour the underdog, and as the early runaway (currently the bookies’ favourite at 7/4), Boris has lost that claim. The official race doesn’t even kick off for another two weeks – first place is a tricky position to hold for any length of time.

Ultimately, the biggest mistake that a leadership hopeful can make right now is to pitch themselves as the serious candidate: the “grown-up” in the room. It worked in 2016, but this summer’s contest is a whole different ball game.

After the Maybot, the electorate is looking for freshness, charisma, and a good dollop of humour – and Farage and his spanking new party are currently leading on all fronts.

To win the support of both Conservative MPs and members, candidates must prove that they can either out-Brexit the Brexit Party, or else charm the country into forgetting about Farage altogether.

The sensible ones have realised that the former is impossible – so get ready for a summer of selfies, Snapchat, and all sorts of silliness.