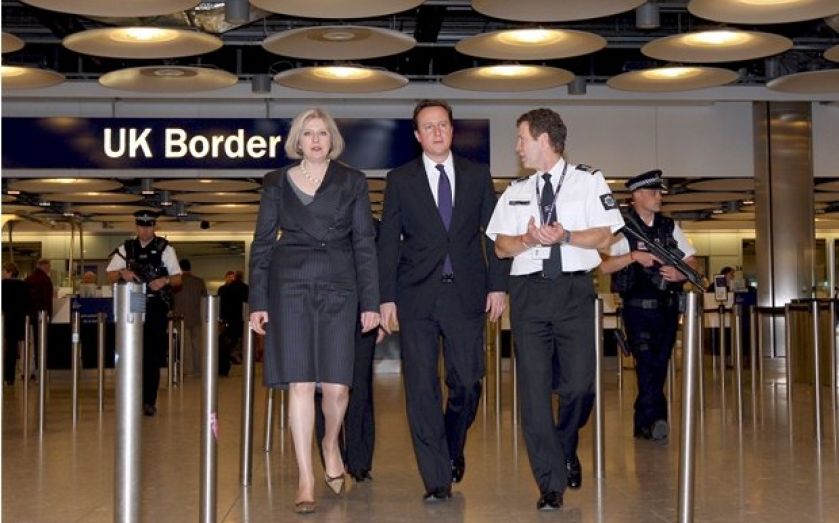 THE PROPOSAL from part of the coalition to make some overseas visitors pay a £3,000 bond to come to Britain is perhaps the most ill-considered development in immigration policy yet. The government says that Britain is open for business, but with visitor bonds, healthcare levies, and adverts urging self-deportation – to mention but three examples from the last few weeks – this rhetoric is being seriously undermined.

Even worse, the government is making policy based on incomplete data, or “little better than a best guess” as the Public Administration Committee put it earlier this week. We don’t accurately know the number of migrants in the UK because we don’t have exit controls. This would require implementing the e-Borders system to better monitor migration. The project, however, is bogged down in technical delays, with the deputy Prime Minister saying it is unlikely to be implemented during the lifetime of this Parliament. Only when it has arrived will we have a chance of evidence-based policy, striking a balance between being robust with those we don’t want in the UK, and attracting those we do – talented workers, entrepreneurs, students or high spending tourists.

These migrants and visitors are hugely important to London and the UK economy. To the jobs market they bring investment, entrepreneurial flair and specific skills, which often cannot be delivered by local training: property lawyers who have experience of transactions in Tokyo, or executives for the Indian arm of a project being run out of London.

And international students matter too. Education is one of our most successful export industries. The Department for Business estimated that, in 2008-09, education exports were worth roughly £15bn. Yet there is now a perception that the UK is not a welcoming place for students; hardly surprising given government initiatives such as an increasingly rigorous application system and fewer post-study working opportunities. While the Office for National Statistics estimates that 246,000 migrants arrived to study in the year to September 2011, the number fell to 190,000 in 2012. As Britain drops back, competitors like Australia and the US are aggressively marketing themselves to international students who want to study in English-speaking countries.

We also need to welcome high spending tourists, especially a new generation of travellers from emerging economies. Easing restrictions on legitimate and lucrative visitors provides immediate cash for our economy. Currently, Paris attracts around five times more Chinese tourists than London. One reason is because these visitors have to apply for a second separate visa if they want to want to come to the UK as well as other European countries, meaning extra hassle. In the case of China alone, the opportunity cost to the UK is estimated at over £1bn annually.

So let’s get our immigration policy right. We must welcome those who have a legitimate reason to be here, who are high-skilled and who can contribute, but deter those who won’t play by the rules. Confusion and mixed messages are bad for business. We need rational evidence-based policy-making – and for that we need to start with credible data.