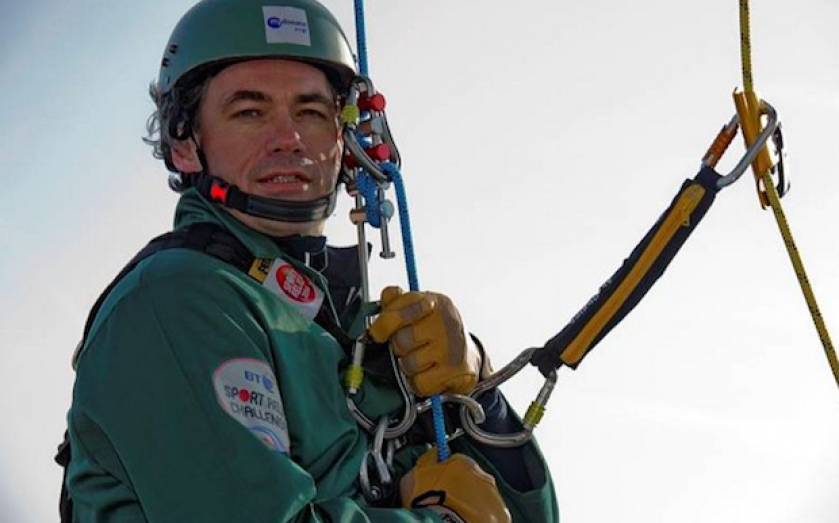 When Gavin Patterson took on the role of chief executive of BT back in June 2013, we’d wager he didn’t expect his tenure at the top to involve abseiling down BT’s famous totem, the BT Tower.
But sure enough, this morning, Gavin Patterson stepped into a harness, plonked on a hard hat and took the plunge over the side of the 148 meter structure.
Luckily for us, he had time to smile at the camera before heading south.

He wasn’t alone though. His royal daredevilness Bear Grylls was involved – and was so confident he even gave the camera a little salute.

Source: MoD – Bear Grylls shows off with a salute.

The exercise wasn't just for laughs, it was in aid of Sport Relief and the Royal Marines Charitable Trust Fund. The idea came from BT chairman Sir Mike Rake, who didn't take part in the abseil but did hang about at the bottom to support his chief exec.
Patterson, who is admittedly dodgy with heights, also had his wife there supporting him.

Source: MoD – Gavin Patterson takes in the views, the Shard and the London Eye in the background

Well, if you're going to try and get over a phobia that's certainly one way to do it.