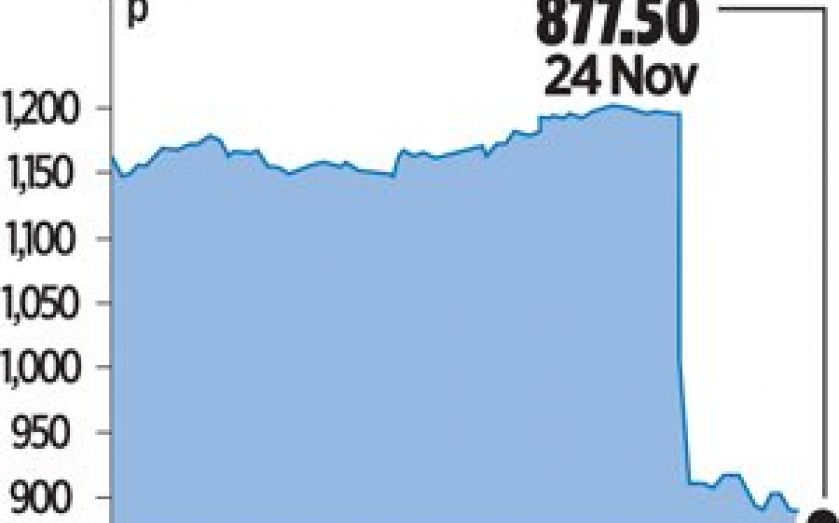 Shares in oil and gas services firm Petrofac fell by more then 26 per cent yesterday after the company issued a profit warning, citing the impact of falling oil prices.

Petrofac also blamed delays and operational issues at many of its projects as it reset its expected 2015 profit to $500m (£318m) from the previous target of $862m. This is the third profit warning the firm has issued over the past year.

Brent crude oil prices have been falling over the past few months and earlier this month reached a four-year low at $80.38. Yesterday the benchmark commodity was $79.57.

According to Petrofac, this decline will have a $45m impact on profits in 2015.

Ayman Asfari, the group’s chief executive, it had been a difficult period for both Petrofac and the energy industry.

He added: “In the main our project portfolio is in good shape, but it is clear that on a small number of projects our execution has fallen short of the high standards we set for ourselves. We have faced these difficulties and have taken robust action to address them and believe this leaves us on a surer footing for the future.”

Daniel Sugarman, analyst at ETX Cap­ital, said the company had paint­ed a “grim picture” for the year ahead.

“Falling oil prices, due in part to both a huge boost in US oil prod­uction and a decline in Chinese de­mand, show relatively little sign of improving drastically in the near future – something bound to affect Petrofac’s bottom line,” he commented.