Pay politicians £500,000 each per year and maybe we'd get better quality MPs 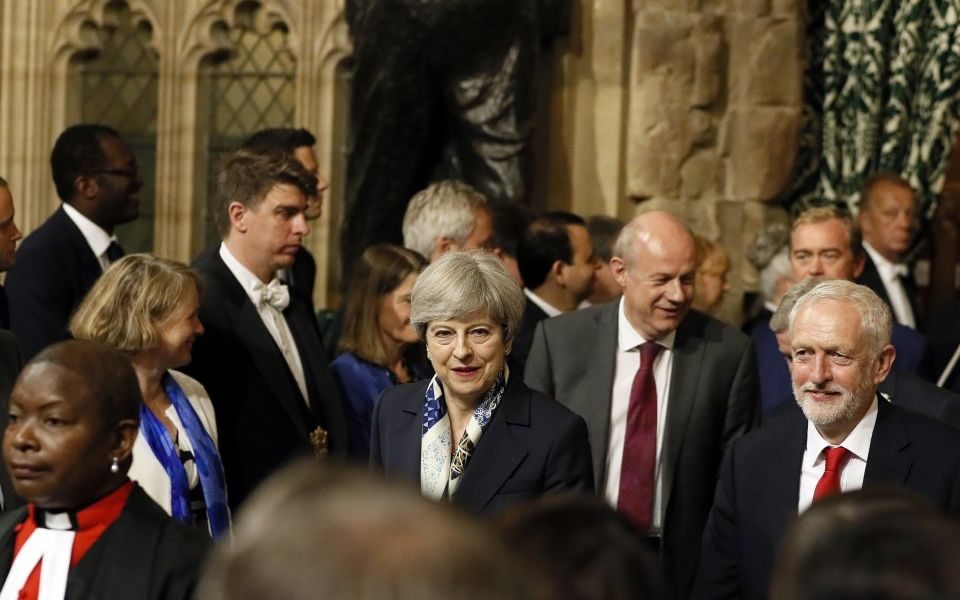 Few people are as hawkish on government spending as me. However, there is one area where taxpayers should be willing to spend much, much more: the salaries of our members of parliament.

Last week, the Independent Parliamentary Standards Authority announced that MPs’ basic pay was to increase by 2.7 per cent to £79,468 from 1 April. Outrage ensued.

Given that there is seemingly no shortage of wannabe politicians, and other public sector workers have endured pay restraints, this response was to be expected. But the truth is that we’d get better outcomes if we paid our MPs £500,000 or even £1m each per year.

I know, I know. Imagining our current politicians getting these salaries is sickening. Given current events, many (or perhaps most) are being paid more than they are worth. Some might even struggle to find work with a minimum wage employer.

But before the TaxPayers’ Alliance set the pitchforks on me, the whole point of much higher base pay would be to attract more talented people into politics in the first place.

In general, we know that if we want a better phone, computer, or house, then we must part with more money. Yet when it comes to our elected representatives, who make hugely important decisions that will affect our lives, incomes, house prices, education, and health, we pay far less than the market rewards granted to top roles in other sectors.

Few people would disagree that we’d prefer knowledgeable, experienced elective representatives. But it’s difficult to attract such talent when the financial rewards are so low compared to other more lucrative jobs, particularly in business.

A decent legislator should be about much more than parroting the party lines, dealing with a bit of casework, and turning up for whipped votes. Given the size and scope of government, we should desire people who have a firm grip of the legal implications of their decisions, an appreciation of economics, knowledge of foreign affairs, good public relations and media skills, and the ability to weigh trade-offs and prioritise.

Yes, plenty of people are willing to put themselves forward for election right now. Yet there’s a thin gruel of candidates who possess all these skills within parliament. Higher pay would increase the number and range of people willing to run. It might even help break the party system too, if more independent MPs or parties are attracted into politics with the ability to self-fund their campaigns.

Even when talented MPs do get into parliament right now, the high opportunity cost of their role creates incentives for them to worry about their future options or earn money elsewhere – leading to conflicts of interest.

For contrast, Singapore rightly sees high politician pay as an anti-corruption measure, as well as a means of attracting better brains.

Yes, such a pay hike would cost taxpayers more. The truth though is that much higher pay would be a drop in the government-spending ocean. Paying the 650 MPs £500,000 each per year would amount to just 0.04 per cent of total government spending for 2019. That’s only around a sixth of the resource budget for the Department for Digital, Culture, Media and Sport – a department of trivial importance compared to decisions taken by the House of Commons.

One potential problem is worth addressing. A paper by economist Renee Bowen and political scientist Cecilia Mo suggests that when politicians are better remunerated, they vote for policies perceived as better for the public than for vested interests. Good, but this is a double-edged sword. Better pay also means that politicians have more to lose from electoral defeat, providing greater incentives to maintain their jobs around election time by voting for “feel-good” policies that may have clear short-term benefits but hidden longer-term economic costs.

One way of dealing with this tension might be to limit how long MPs can serve. But that would diminish the ability for them to accumulate parliamentary expertise.

A better way would be to ensure that politicians had skin in the long-term economic game. Their pay should be linked to what happens to real GDP per capita over the parliamentary term, and grow or be reduced accordingly. As a proxy for the sustainable growth rate, this would incentivise them to factor in long-term economic health when making decisions.

Most readers will, of course, instinctively recoil from the suggestion of very high pay and potentially big bonuses for MPs.

But in our own lives and with most goods, we recognise that “you get what you pay for”. Why should we expect anything different when it comes to politicians?