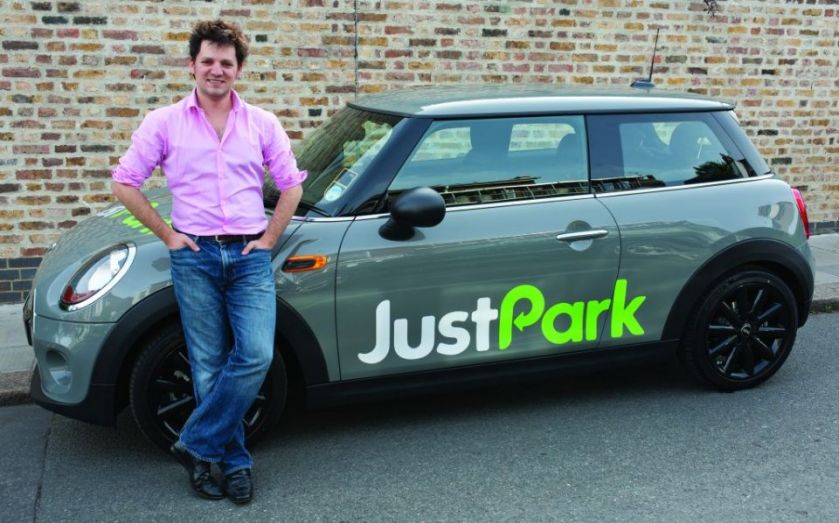 The London-based startup, that enables you to find a space, book it and navigate to it, is raising funds to grow its 26-person team and expand marketing both in the UK and internationally.

Just Park founder Anthony Eskinazi says the plan, since venture capital fund Index Ventures invested in August last year, has been to turn to the app’s passionate customer base to support his company’s growth.

“We’ve already contacted our existing customers and asked whether they would want to be involved in our crowd funding, and the response was phenomenal,” says Eskinazi.

“I think owning shares is a bit alien to a lot of people, unlike in the US where it’s far more widespread. But people seem genuinely excited and we’re making them aware this is an investment and their capital is at risk.”

The fundraising will also see one of Just Park’s earlier investors, BMW, sell down some of its stake in the business and Index Ventures increasing its holdings in the group.

Just Park also plans to develop new technology to tackle the pain in parking, which it says wastes an average of 106 days over a person’s life.

Last year it released an in-car dashboard app that lets drivers manage the entire parking process without looking at their phones.

“We’ve got nearly 700,000 customers in the UK, they rely on us and they’ve helped us to build a substantial business. We want to evangelise them, make them feel even more part of what we’re trying to do,” says Eskinazi.

“There are huge benefits for us as a business with having our customers as shareholders; they’re unlikely to go to a competitor, they’re going to tell their friends and really be our crowdsourced marketing team.”

While Just Park is initially looking to raise just £1m, Eskinazi says there is an over-allotment that could allow the app to raise more funds through Crowdcube.

Just Park’s fundraising begins on Crowdcube from 5am this morning with members of the public able to join in by investing as little as £5.