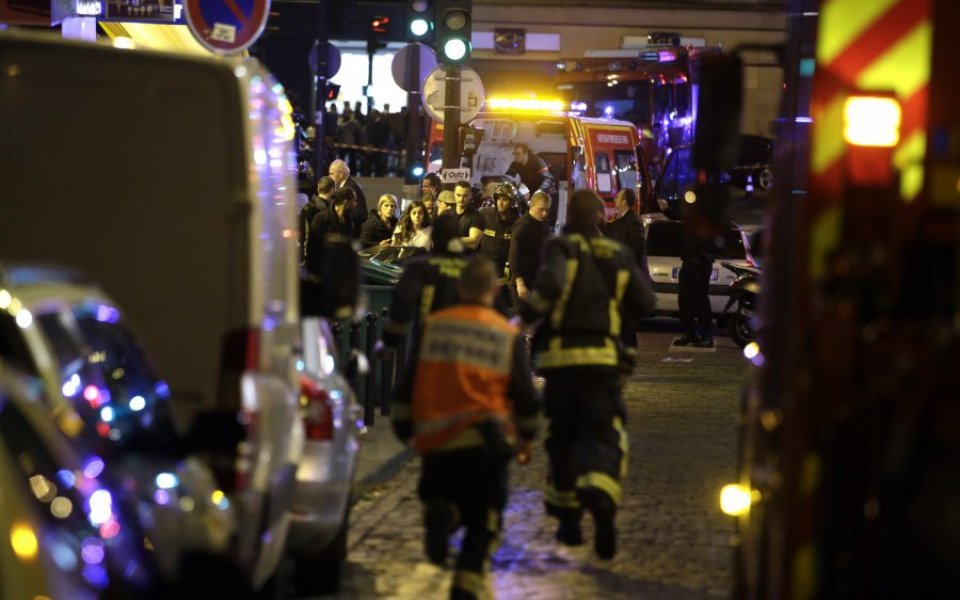 Update: At least 127 people have been killed in a series coordinated attacks across Paris on Friday night, targeting people at a rock concert, a football game and a popular eating spot.

The worst of the violence took place at the Bataclan concert venue, 50 boulevard Voltaire, where gunmen "systematically" killed around 80 people who had gone to see the band Eagles of Death Metal. Anti-terrorist officers eventually brought the hostage situation to an end by storming the hall, rescuing dozens of people and killing the attackers.

Many more people were killed in other attacks throughout the French capital. That included an apparent double suicide bombing outside the national stadium, Stade de France, where French President Francois Hollande and the German Foreign Minister were watching a friendly soccer international.

Le Carillon bar and Le Petit Cambodge restaurant, both on the rue Alibert in the 10th district, and La Belle Equipe and La Casa Nostra, both in the 11th district, were attacked by gunmen.

Islamic State has now claimed responsibility for the attack. According to reports, the word "Syria" was shouted put during the attack at the concert. Eight gunmen took part, some of whom were wearing suicide jackets, which they detonated. All the identified gunmen are now dead.

Hollande called the attack – the deadliest to strike France since World War II – an unprecedented act of terror. He declared a state of emergency and announced that he was closing the country's borders. He said "France would not let itself be overawed by the tragedy" and would stand firm against the terrorists. He has declared three days of national mourning.

Hollande added: "We are going to fight, and our fight will be determined."

Metro lines were shut down and the streets of Paris empty as word of the attack spread.

The attacks come just 10 months after the attacks against the satirical Charlie Hebdo magazine, in which 12 people were killed.

British Prime Minister David Cameron, who is chairing a Cobra meeting this morning, said: "I am shocked by events in Paris tonight. Our thoughts and prayers are with the French people." US President Barack Obama added: "Those who think that can terrorise the people of France for the values they stand for are wrong."

The Vatican has issued a statement calling the violence in Paris "an attack on all humanity".