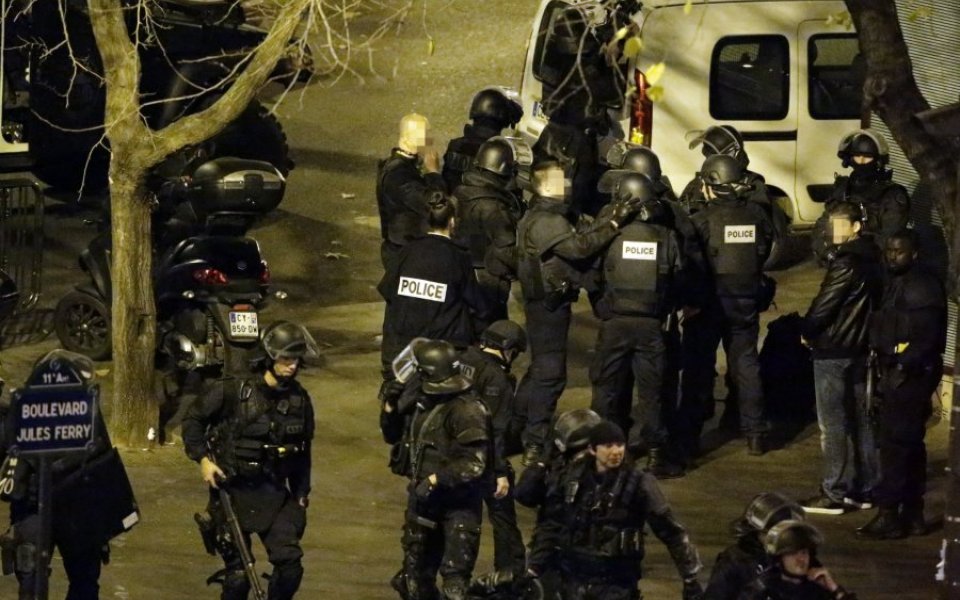 A raid by French policy in the northern Paris suburb of Saint Denis has ended with the death of at least two suspects, following the overnight operations in the wake of Friday's terror attacks.

Local media having reported that two suspects died during the early-morning shoot-out: a woman who detonated a suicide belt she was wearing and another suspect who was killed by a sniper.

Three men had been taken into custody by special forces and a man and woman were arrested close to the flat. A total of seven arrests were made in the raid, according to Agence France-Presse.

French President Francois Hollande told an assembly of mayors in Paris the purpose of the raid on Saint Denis was "to neutralise terrorists who had links to the perpetrators of Friday's hideous crimes". He added: "We need a robust legal framework to confront the circumstances … I have decided that we should re-establish control of our frontiers."

Police still have roadblocks in place, however. Local schools are also shut.

The alleged mastermind of the Paris attacks, Abdelhamid Abaaoud, was one of the targets of the raid, Reuters is reporting. The raid was near the Stade de France, one of the places hit by the attackers on Friday.

Police were, however, attempting to use a battering ram on a church in the area in the last twenty minutes.

Police sources said several unidentified men were holed up in the flat. The area has been closed down and gunfire could still be heard an hour after it started.

Military reinforcements were on on the scene:

French TV BFMTV played amateur footage of the raid, with sounds of explosions and gunfire. It has also reported that schools and colleges are closed today.

All the 129 victims of the Paris attacks have now been identified while many casualties remain in a critical condition, the French government has said, and 221 people in total still remain in hospital, a statement from the French cabinet said.

The raids also come after two Air France planes were diverted from Paris after an anonymous bomb threat was made. A football match between Germany and the Netherlands was called off last night over fears of a possible bomb. German Chancellor Angela Merkel said it was German security services who took the decision.