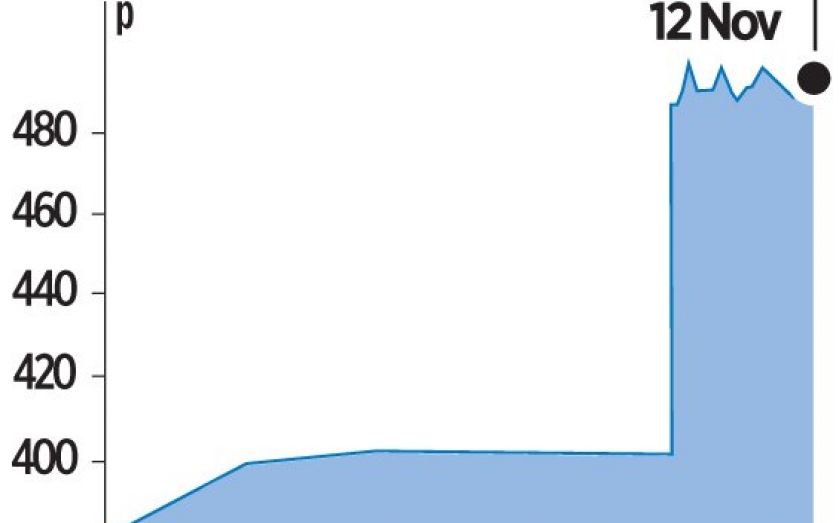 OXFORD Instruments was hit with a blunt rebuttal from Andor Technology yesterday, just hours after it published details of a £159m bid proposal to buy the company.

“The board of Andor is disappointed that… Oxford Instruments has chosen to make today’s announcement which the board of Andor considers to be premature and unhelpful in light of ongoing discussions,” Andor said yesterday morning, just 90 minutes after Oxford published its bid.

In response to Andor’s comments Oxford Instrument’s board said that it, “has a high regard for the Andor business and its employees and is grateful for the board of Andor’s constructive engagement in the ongoing discussions.”

Oxford Instruments, which designs and manufactures tools for industry and research, said yesterday it planned to offer 500p a share in cash for Andor to gain its expertise in scientific digital cameras.

The bid was around 25 per cent more than Andor’s closing share price on Monday. Andor Technology’s share price jumped 22.5 per cent on the news to close at 490p while Oxford Instruments rose 8.9 per cent to 1,336.4p per share.

Under UK takeover rules, Oxford Instruments has until 5pm on 10 December to make a firm offer for Andor Technology or walk away.

Oxford Instruments was advised on its bidding for Andor Technology by a team from Evercore led by firm partners Bernard Taylor and Julian Oakley. Taylor is an experienced mergers and acquisitions banker who was chief executive of Braveheart until it was bought out by Evercore in 2006. His current role is chairman of Evercore’s European investment banking operation, previously he was chief executive of the same division and a senior managing director of the firm. Deals to his name include guiding Wellcome Trust through its acquisition by drugs giant GlaxoSmithKline and advising Dresdner Bank on its offer for Kleinwort Benson. Taylor also worked with Northern Telecom on its joint venture with Daimler Benz and its link-up with French media conglomerate Lagardere Groupe. Taylor was educated at Cheltenham College and St John’s College, Oxford. He still has strong ties to the university, chairing its audit and scrutiny committee and chairing Isis Innovation, the Oxford-owned subsidiary company that helps research students spin out start-ups and commercialise their intellectual property developed at the university. He is also a fellow of the Royal Society of Chemistry.