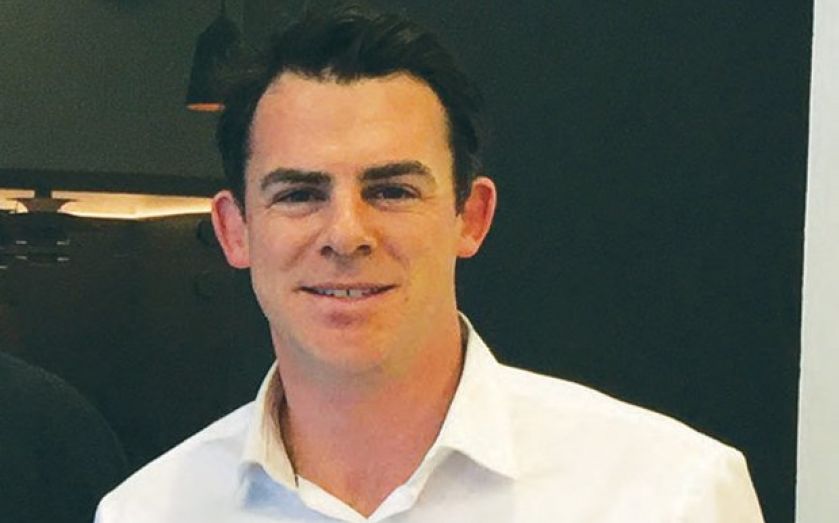 FROM billboards to bus stops, the outdoor media market has been more reluctant than other areas of the marketing industry to embrace digitisation. The buying and selling of advertising space had been largely a manual process, with a lot of wasted inventory and little standardisation of pricing.

In 2013, Aidan Neill founded BitPoster, a London-based outdoor ad-tech firm, with the aim of dragging the outdoor industry into the twenty-first century. Having worked for Lehman Brothers and BNP Paribas, Neill recognised that media trading needed to follow in the digital footsteps of the financial sector, partnering with tech firm Rubicon Project to automate 98 per cent of the UK’s outdoor inventory. He tells City A.M. why inefficiency, and not opportunity, is the key to starting a new business.

How has your time in finance helped you in media trading?
There are lots of similarities between the industries. Earlier in my career, I saw how technology had reduced the friction between buyers and sellers in financial markets. So when I was exposed to the media trading industry through a client, I saw how it was in desperate need of modernisation. There were multi-billion pound market cap media companies managing their inventory positions on whiteboards, and even today, media trading lags behind finance in tech terms by about 25 years.

My financial background, and my co-founder’s in digital product development, meant we were both outsiders to the market. The project we were working on at the time was for the largest owner of media space in the world, developing an application which would allow them to see what was playing on each of their screens and what the error counts were. At the time, they were having to position video cameras pointing at the digital screens they wanted to monitor, and I was struck by how they were forced to deal with a digital problem in an analogue way. There was no standardised pricing for inventory. It was very poorly managed. In many ways, our outside perspective was our advantage. Rather than seeing a big opportunity, like the burgeoning mobile industry, we saw a big problem. I think that’s the best way to start a business – by identifying inefficiency, not opportunity.

How was the media trading market being run?
The problem is comparable to that faced by companies like American Airlines in the 1950s, before computerised programmes like Sabre allowed plane seat inventory to be updated in real time. Because things were done manually, lots of errors were made, spare seats went unfilled and pricing couldn’t be altered in response to data.

Now imagine if those spare seats were advertising space on billboards and posters. The process of buying inventory was extremely inefficient. A client would issue a brief to a media buyer saying that they wanted to target, for example, 18-25 year old males in London in June. The buyers would pull data from disparate systems about demographics and compile inventory lists from spreadsheets pushed at them by media owners. It would take 60 hours for something executable to be worked out and booked.

Digital has improved things massively. If you went into a travel agent 10 or 15 years ago, you went in because you needed information about what was available on the market. The agent had to place your booking because consumers didn’t have mainframe access to booking systems. Today, with Google, Expedia and open application programme interfaces, a holidaymaker can buy a plane ticket and book a hotel room by themselves.

This kind of infrastructure didn’t exist in media trading, and BitPoster provides this technology – a kind of Sabre for screens – to allow media agencies to work out whether an inventory purchase is value for their clients.

Is this more difficult outdoors than for mobile, for example?
Not particularly. But the outdoor media market has practically been around since the dawn of time, so there are far more legacy issues.

If we were building an ad-tech business for mobile, we would be building a company alongside a developing industry, which requires an acceptance of technological advances and new processes. It’s hard to get some people within the outdoor sector to change the way they’ve done things for years and years.

How will the outdoor landscape develop over the next two decades?
Outdoor will go entirely digital. The cost of manufacturing screens will fall to the point where they’ll almost become disposable. The UK is leading the pack in the transition from posters to digital screens, but still only 8 per cent of our outdoor adverts are digitised.

There will be a change in definition to the out-of-home market, with more of a close link with retail. If you walk down Oxford Street today, every second store will have new digital screens being installed inside. They’re currently used for advertising purposes but, in future, in-store screens will become a point of sale. As commercial real-estate in densely populated areas becomes more and more expensive, retailers will find it too expensive to keep all of their supply in store, so I imagine that orders will be made on a screen in store and then processed quickly at outlets.

Crucially, the way communication is done through these installations needs to be sensitive. Ultimately, it’s not in advertisers’ interests to overstep the mark; they’ll only damage their own brands.