The outsider myth: How misfits can succeed in a world run by insiders 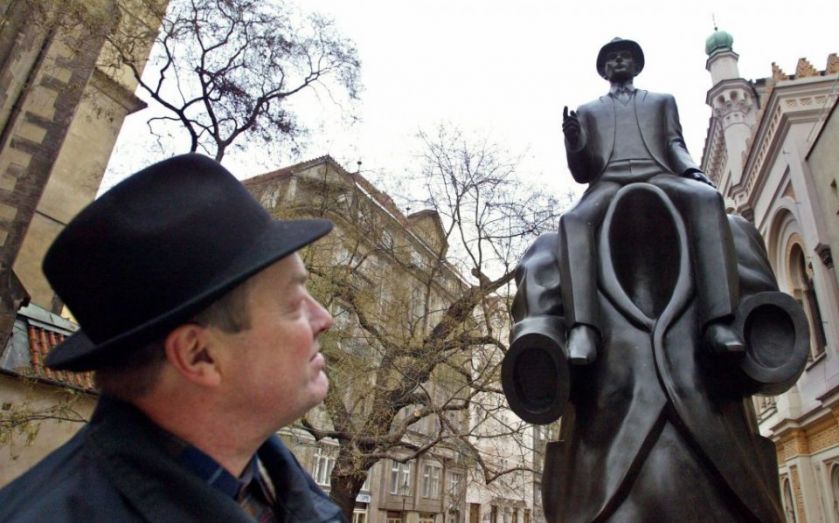 Here's a quiz for you. What do Steve Jobs, JK Rowling, Franz Kafka, Marie Curie and Tracey Emin have in common? They’ve all considered themselves to be outsiders: misfits, not belonging to their various social groups. Of course, the current zeitgeist suggests that this is a good thing – an enabler – offering compelling (if left-field) advantages.
It’s a view supported by gurus such as Malcolm Gladwell. In David and Goliath, he states that, far from being disabled by feelings of disengagement and alienation, outsiders and misfits have unique talents, allowing them to succeed due to their guile, creativity and innovation. They approach things differently, resulting in extraordinary success, opines Gladwell (and others).
Look at the above list and, indeed, the gurus appear to have hit upon a likely hypothesis. Shame, then, that it’s a near-total myth: the outsider myth, in which the rare winners are heralded as typical examples.
Sure, there are winners. But using them as examples of “typical” outsider outcomes is a cruel trick to play on those estranged from their social group. The fate that awaits the vast majority of outsiders is one of isolation, defeat, despair and surrender. Tragically, outsiders are more likely to commit suicide than utilise their “gift” to change the world.
Indeed, the world is made and run by insiders – with even many self-declared outsiders just insiders with an attitude (often exploiting expensively-honed “talents”). That said, as with James Blunt (and people like George Orwell before them), they may well be rebelling against their parents’ wishes.
Given all this, the real and difficult hurdles genuine outsiders face look insurmountable. But my latest book is aimed at overcoming them. In fact, while disagreeing with Gladwell et al, my aim is to make their hypothesis at least possible.

First, we should analyse the outsider. What do the names above all have in common, other than their self-declared sense of not belonging? Nearly all outsiders can point to childhood or teenage stress – often involving family crises that mentally isolate them from those around them, whether that’s their family, peer and/or social group, community or “tribe”. A common result is a desire to branch out, to reject group norms and “do their own thing”. The immediate outcome, however, is introspection – an inward focus that generates strong creativity and innovation.
So far, so like the winners listed. Yet if such creativity is not bankable, it’ll be wasted – pretty much what happened to Kafka. He died alone in a sanatorium, an unknown and self-declared failure. He asked his best friend Max Brod to burn the disorganised manuscripts of his furious creativity – an instruction Brod, thankfully, ignored.
Yet we don’t all have a Brod (and, even if we do, it’s little use to us when we’re dead). If we reject group norms and invent something new, we have to do it ourselves. And that takes the one ingredient that turns isolated outsiders into real winners: an entrepreneurial spirit.
It’s being entrepreneurial that unites all those names above. It’s the notion that, not only were they going to go their own way, they were going to achieve something tangible – and ultimately bankable – for themselves. The entrepreneurial spirit is both the notion of being different and of wanting to achieve something as an individual. It’s the focus required to convert that unique thinking – those ideas – into a path that proves them right.
Yes, this is a highly selfish act. And it’s one that requires a strong path for achievement. So how do we apply such entrepreneurial endeavours to our need to achieve as individual outsiders? Of course, each story is unique – they’re outsiders after all. But it’ll tend to go something like:
1) Find meaning – calculate the one thing you were born to achieve (this might not be instantly apparent);
2) Focus on excellence. It’s no good being mediocre – you’ve got to be the best, so choose something you excel in and hone that skill;
3) Get a plan. You’ll fail to reach your goals without a strong plan for execution, so get one;
4) Learn to pitch. Dealing with others is an outsider’s biggest barrier. Individuality is fine but some self-selling skills are crucial;
5) Make good decisions – the ones that are not wrecked by your emotions.
And finally remember to keep going, no matter how hard it gets. After all, no one said being an outsider is easy.