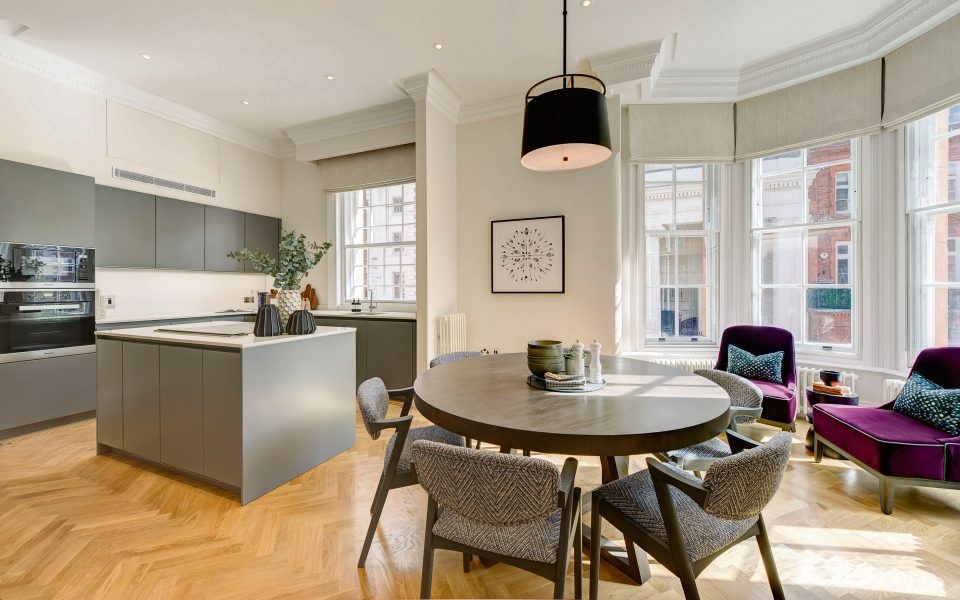 From £505,000
Berkeley has launched a new 975 sqft showhome at Queenshurst, its landmark development five minutes from the centre of Kingston upon Thames. It features a wraparound balcony, two double bedrooms, two bath/shower rooms, and is the largest style of the two-bedroom apartments available at the development. There are floor-to-ceiling windows in the open-plan living area and bedrooms, while the master bedroom offers a dual aspect view. Trains to Waterloo from Kingston upon Thames take 33 minutes. Call 0203 393 9886 or visit queenshurst.co.uk

From £685,000
The first showroom at South Quay Plaza in Canary Wharf has launched, coinciding with the opening of the development’s new marketing suite on South Quay Walk. Located in the London Docklands and designed by Foster + Partners, the waterside development comprises two glass buildings of 68 and 36 storeys, with 888 homes orientated at a 45 degree angle on the dock so that each apartment can enjoy a dual aspect water view. The development is directly opposite South Quay DLR station. Call 0203 675 4400 or visit southquayplaza.london

From £5.75m
A collection of seven two and three bedroom apartments and one penthouse are available to purchase in this former commercial building opposite Chelsea Farmer’s Market and near King’s Road. Arranged over five floors, the eight properties all benefit from a ground floor concierge, and range from 1,566 sqft to 2,443 sqft in size. The penthouse itself boasts a wraparound terrace offering 360-degree views of the London skyline. A three bedroom showroom is available to view from today. Contact 02073490091 or sales@dartmouthcapital.co.uk