Autumn Statement 2015: Chancellor George Osborne will get his surplus – but his long-term plan isn’t credible 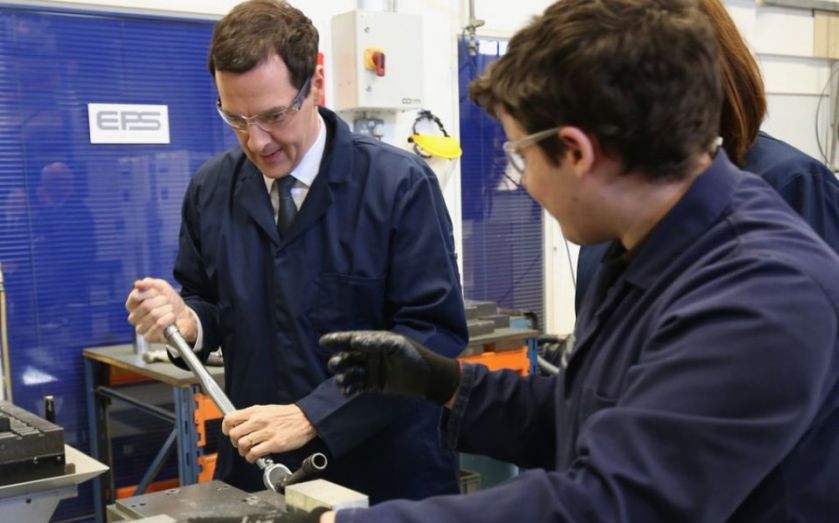 Yesterday George Osborne delivered what was effectively his fourth budget in under a year. Little wonder that his hour-long presentations from the despatch box are increasingly filled with tiny tweaks to policy and a lot of rhetoric and padding.
The chancellor could have got across the important points of his statement in about three minutes. He now has such confidence that interest rates are going to stay down and tax receipts are going to go up that he can eliminate the budget deficit on auto-pilot.
Indeed, these new and highly encouraging forecasts from the Office for Budget Responsibility are so wonderfully rosy that Osborne apparently no longer has to press ahead with cutting working tax credits – something he felt was a pressing fiscal necessity just a few weeks ago.
Read more: Everything you need to know about the apprenticeship levy
So much for swingeing cuts, difficult decisions and the age of austerity. We are now told the government can get to a balanced budget by the end of the decade via cruise control. In fact, on Osborne’s current figures, state spending is actually set to rise in real terms over the course of this Parliament.
When economic growth failed to materialise as rapidly as he’d hoped in the last Parliament, the chancellor took this as a sign that he needed to postpone his target for balancing the books and ease up on deficit reduction. Now the economic weather seems rather better, he is apparently taking this as a sign that he doesn’t really need to work too hard at all to hit his revised ambition of a tiny surplus by the end of the decade. Indeed, we live in such bountiful times that we can supposedly continue to spend ever more billions on the NHS and prevent further cuts to the police budget. This is in addition to the total U-turn on reductions in tax credits and hikes in foreign aid and defence spending.
No doubt some of his backbenchers will be asking when we might see some meaningful tax reductions. There was little to accommodate that school of thought in yesterday’s statement. In fact, the apprenticeship levy amounts to a sizeable tax rise on businesses.
Read more: Autumn Statement: A missed opportunity
The truth is, however, that Osborne’s approach might just work. But that isn’t to say that it is at all radical or game changing – or even remotely imaginative. Once again, his statement was peppered with announcements of a few tens of millions to be spent here or there on various charities or scientific ventures. His overall strategy is basically to keep the lid on public spending, allowing it to rise a little overall and to hope that sustained economic growth of about 2.5 per cent per year can help him bridge the gap between the tax revenues coming in and the spending flooding out.
In opposition, the Conservatives talked about “sharing the proceeds of growth” – meaning that, as the economy moves forward, the rewards shouldn’t be exclusively reaped by jacking up government spending. That’s more or less the approach that they are now following. Spending can be allowed to edge up, as long as the economy is moving forward at a fairly rapid clip.
But what might seem like a methodical and prudent approach is riskier than it appears at first blush. The commitment to eradicate the budget deficit by 2020 is a serious political pledge. To miss this target wouldn’t necessarily spell economic disaster, but it would be an enormous blow to Osborne’s credibility. And if the government does crawl over the line, it is vital that this isn’t seen as “mission accomplished”. We need to have a long-term goal of maintaining state spending at measurably below 40 per cent of national income. That means committing to a credible approach to spending well beyond 2020.
The Charter for Budget Responsibility is an effort to achieve this, but there is a danger that the focus switches almost totally to the year-on-year budgetary position rather than to tackling our long-term liabilities. It’s all very well to search for administrative savings in Whitehall departments in the coming weeks and months, but if you remain committed to triple-locked state pensions and ever increasing health, defence and foreign aid spending, your short-term surgery is undermined by a failure to have a long-term plan for rehabilitation.
It is to Osborne’s credit that he has remained committed to returning the public finances to some semblance of normality. The path may have been a long and winding one and he has travelled it at a tediously slow pace. But he’ll get there in the end – I predict that the government will actually manage to yield a budget surplus before the decade is out. But whether it will have done anything like enough to tackle many of the underlying problems in the state sector remains an open question.