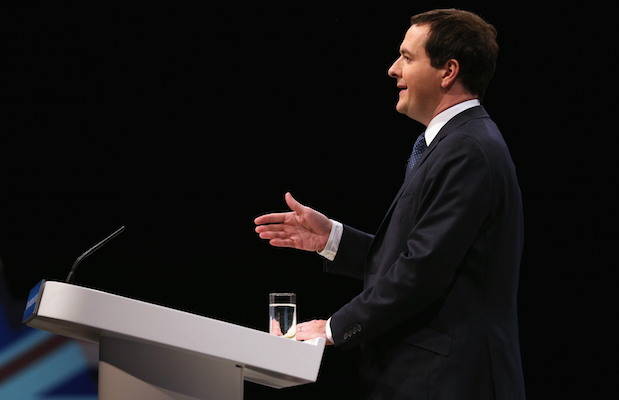 The message emerging from George Osborne's Autumn Statement is that the UK's fiscal consolidation is far from over and the government remains committed to fiscal discipline.

There was disappointing news on the deficit which did not fall by as much as had been predicted. Borrowing this year will amount to £111bn, analysts had expected borrowing to fall to £105bn. The chancellor is now set to miss his original deficit reduction target by three years.

Capital Economics welcomed the news that borrowing will be £73bn lower over the next five years than was predicted in March. Analysts agree that the chancellor showed relative restraint in today's Autumn statement and avoided the temptation to dole out public money in an attempt to buy popularity.

The chancellor resisted the temptation to spend the proceeds of stronger growth on improving the Government’s still depressed opinion poll ratings.

Mr Osborne has played Scrooge rather than Santa and left the onus squarely on the MPC to keep the economic recovery going.

While the chancellor may not have offered a host of treats to voters in today's Autumn statement some are speculating that this is only to ensure a spending splurge closer to the election.

With the economy gaining significant momentum the chancellor, in our view, will likely be able to announce further cuts to borrowing and debt forecasts next year. This will bring the prospect of a fiscal surplus even closer and allow the building of a bigger (surprise) war chest to offer pre-election giveaways.

Bank of England in a tight spot

The chancellor also announced a much improved employment situation with 400,000 new jobs created this year and unemployment is predicted to fall to seven per cent in 2015. However, should these estimates prove to be correct and the Bank of England remains committed to its policy of forward guidance, interest rates will begin to rise. This will present a serious challenge to the chancellor.

There are many more hurdles to overcome in 2014 and the real challenge will be when the Bank of England starts to communicate it will hike interest rates. That will be the game changer and the challenge will be in making sure the economy is ready for it, which is no easy feat!

Some analysts believe a change in the Bank of England's remit is necessary to deal with the demand side of the economy.

Economies can absorb financial crises but they cannot absorb inconsistent monetary policy and massive drops in demand. We need George Osborne to change the Bank of England's remit, requiring it to stabilise demand according to strict rules.

A rule-based monetary policy will stop the economy from overheating into unsustainable booms, and dive-bombing into harsh recessions.

Faster growth welcomed but deficit could be reduced faster

While Britain may be growing at the second fastest rate of any developed nation there are still concerns that the deficit is not falling fast enough.

Graeme Leach, chief economist at the Institute of Directors said:

Supported by the OBR’s forecasts of stronger economic growth, the chancellor was able to announce further improvement in the public finances, with a budget surplus pencilled in for 2018-19.

Of course, much could change between now and then, but the chancellor is absolutely correct to pursue a return to surplus. It’s good news to see light at the end of the tunnel. Whilst the public debt to GDP ratio can fall by debt growing slower than GDP, much quicker progress can be made with a return to budget surplus.